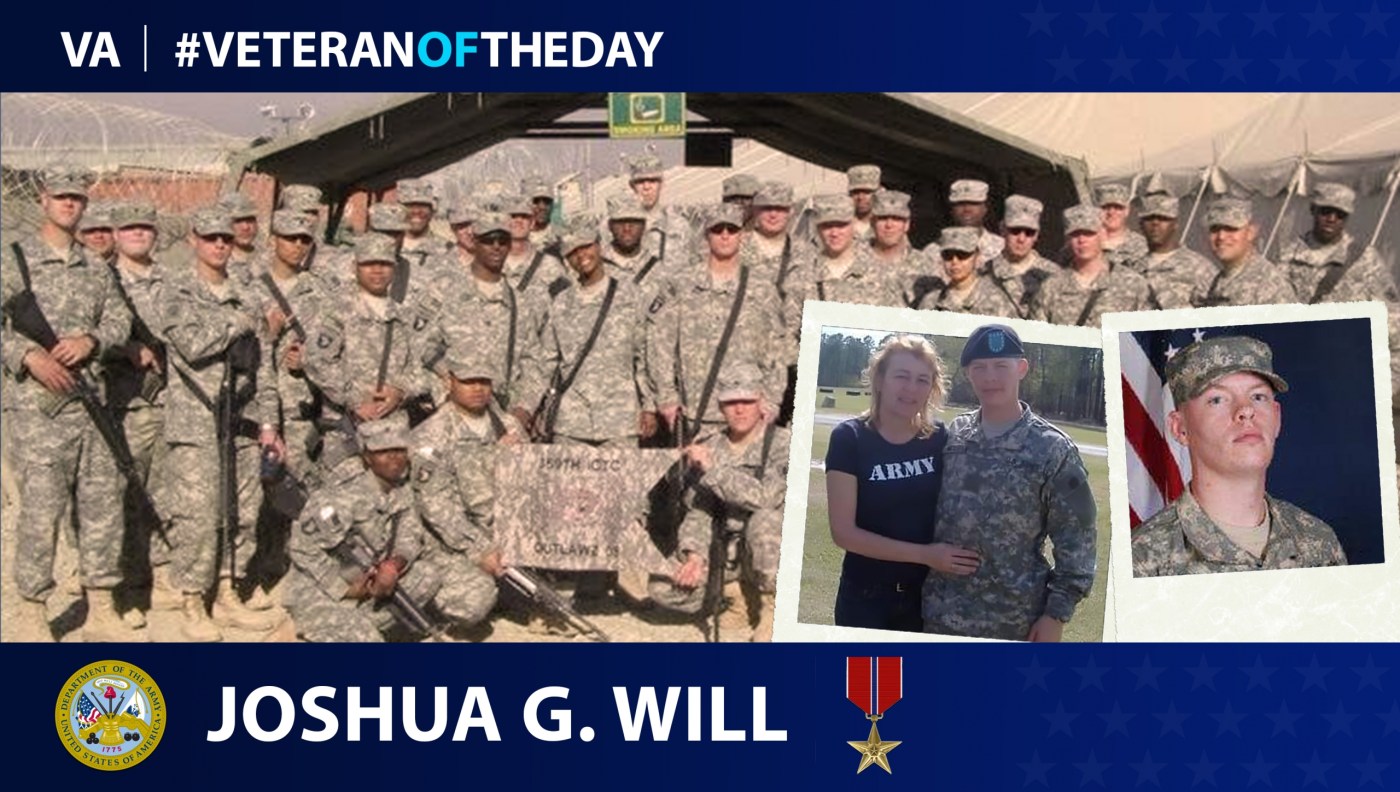 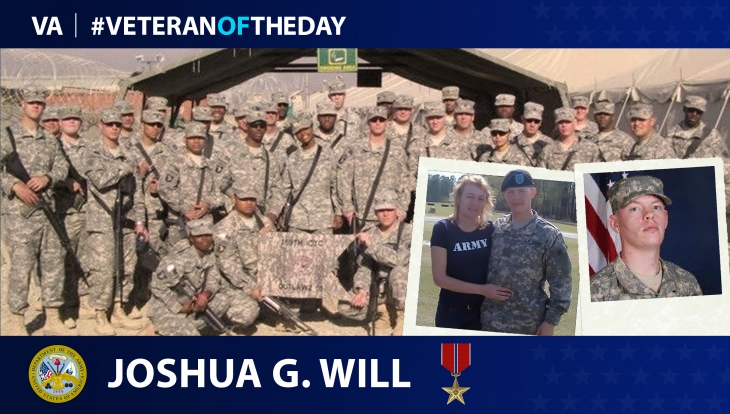 Today’s #VeteranOfTheDay is Army Veteran Joshua G. Will, who served in Afghanistan for 16 months during Operation Enduring Freedom.

Joshua G. Will was born in Woodbridge, Virginia, in March 1983. Growing up, he dreamed of becoming a firefighter as it was a longstanding tradition in his family. Although no other members of his family served in the military, television commercials for the Army and the experiences of his close friend serving overseas inspired Will to enlist.

At age 22, Will signed up for the Army. Two weeks after enlisting, he was on a bus to Fort Jackson, South Carolina, to attend basic training. In an interview for the Veterans History Project, Will recalled his experience throughout his time at Fort Jackson: “It was definitely a culture shock for me.”

After graduating from basic training, he went to Fort Eustice, Virginia, to receive additional training. Will was there for the majority of his training but also spent time at Fort Drum, New York.

When given the opportunity, Will volunteered to go overseas to Paktika Province in Afghanistan. He was part of the 359th Inland Cargo Transfer Company, 7th Sustainment Brigade, 10th Mountain Division. Will was in Afghanistan for 16 months supporting Operation Enduring Freedom. In his Veterans History Project interview, he acknowledged the daily hardships the Afghan people faced while he was stationed there: “They have to go through a lot over there, the actual Afghan people. They are strong individuals.”

On Dec. 25, 2009, Will began his trip back to the U.S. During his service, he worked as an equipment operator, which allowed him to receive specialized training on various military vehicles and equipment. When Will finished his service with the Army, he discharged as a sergeant. Throughout his time, he earned a Bronze Star Medal, a Combat Action Badge and four Army Commendation Medals in addition to numerous other certificates and honors.

After the military, Will moved to Virginia and remained in contact with the soldiers he served alongside.