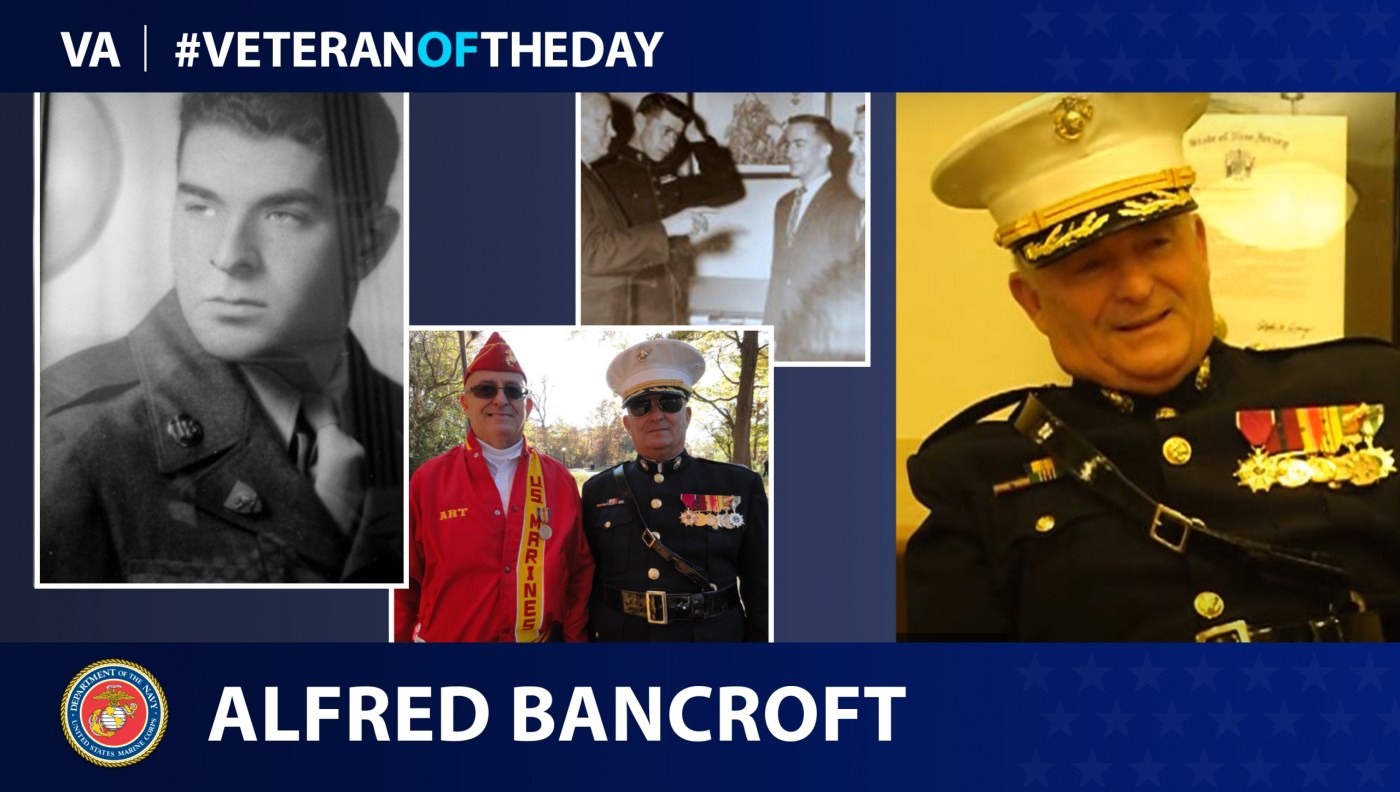 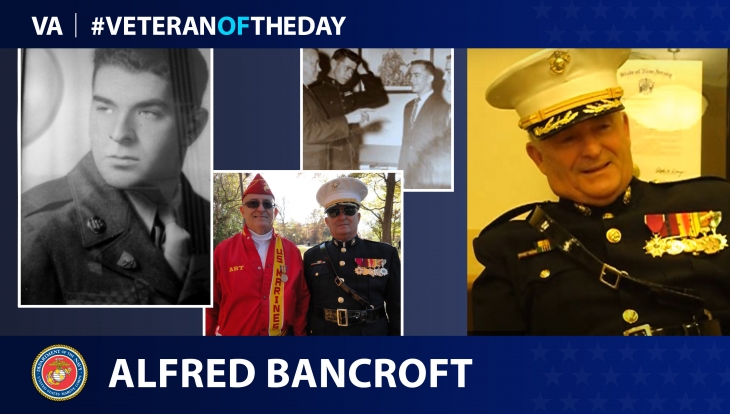 Alfred Bancroft was born in New Jersey in 1939 and adopted from the Camden Home for Children at age 10. At this time, he met a Marine who inspired him to become one himself. Bancroft and his twin brother Art joined the Marines in 1958, attending recruit training at Parris Island, South Carolina. He then went to Camp LeJeune’s Infantry Training Regiment in North Carolina, before becoming a heavy equipment specialist.

Bancroft completed three tours in Vietnam and was among the first Marines who landed in 1965. While in Vietnam, he served in Da Nang, Chu Lai and Hoi An. Bancroft always served near the beach, where he worked unloading weaponry from ships and volunteering for patrols. In 1967, he helped establish an orphanage for Vietnamese children and credits the Camp Fire Girls from Portland, Oregon, with providing supplies. Between Bancroft’s second and third tours, he married the sister of one of his Marine friends, lasting over 50 years. In 1969, when the newlyweds’ daughter was only four weeks old, he volunteered to return to Vietnam for this third and final tour.

By the time Bancroft returned from his last tour of Vietnam in August 1970, his daughter was 14 months old.

“She wouldn’t speak to me for a year,” Bancroft remembered in a 2015 interview. “She didn’t know who I was.” He described this as “hard to take,” but did not regret his service overseas. Before the end of his final tour, Bancroft reached the rank of staff sergeant.

Once he reunited with his family, he became a staff sergeant instructor at a Marine Corps engineering school. In 1973, he went to South Bend, Indiana, for inspector instructor duty, and then moved to Quantico, Virginia, where he promoted to limited duty officer lieutenant. Bancroft continued on to California, where he became a first lieutenant with the 11th Marine Regiment. He became a captain in 1977, before leaving California to return to the East Coast. Bancroft became a major while working at Camp LeJeune in North Carolina. Before retiring as a lieutenant colonel in 1991, he received a Legion of Merit for his work putting 30,000 Reserve Marines on a base during Operation Desert Storm.

After retiring from the Marines, Bancroft returned to Camden, New Jersey. He continued to serve the military community, working as an officer with the Camden County Office of Veterans Affairs.

“I’ve had the greatest life anybody could expect,” Bancroft said in his interview. “I’ve had the perfect life, and I’d do it all over again.”