The good Samaritans… a VA police officer and his wife 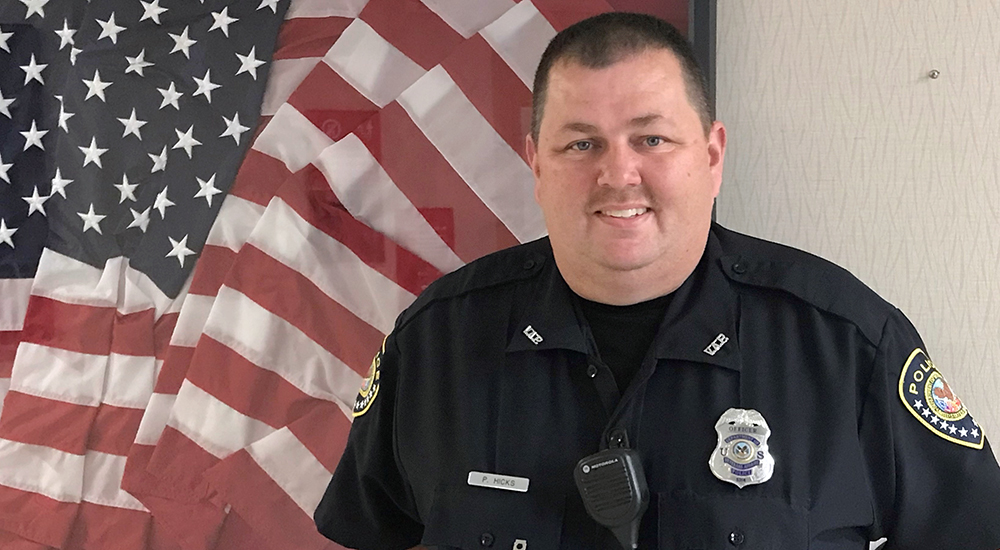 It was a Monday at 6 p.m. and VA police officer Paul Hicks had worked a 12-hour shift at the John J. Pershing VA Medical Center in Poplar Bluff, Missouri. He was tired and ready to go. Home was almost an hour north of the medical center, but the day was nearly over. Soon it would be time to relax, put his feet up and watch a little TV.

But as Hicks headed for the parking lot, his wife called. While driving home, she had seen an elderly man sitting on the side of the highway about 30 miles north of Poplar Bluff. It would soon be dark and the man would not be visible to traffic.

This could be dangerous… would Paul mind checking on the man on his way home? She had contacted local law enforcement but was told they had no one available at that time.

The officer got into his car and headed north. Sure enough, about half an hour later, Hicks saw a man sitting on a guardrail by the side of the highway. The man’s head was bowed and he stared at his feet as though he wasn’t sure what to do next.

Hicks pulled to the side of the road, got out of his vehicle and approached. He explained that – despite the uniform – he was not on duty. He was only there as a concerned citizen.

Joe knew he was homeless… and one more thing

The ensuing conversation revealed the man (“Joe”) was homeless. Joe said all he had were the clothes on his back and he was traveling to a city about two hours north of Poplar Bluff. He did not know anyone there but was hoping to rent a room at a local motel. The last time Joe had visited that city, the motel had rented rooms by the month, but he admitted it had been nine years.

Hicks asked Joe if he had called ahead to see if something was available. Joe had not. The officer grew concerned. The more they talked, the more confused Joe’s answers became.

There was one thing Joe did know for sure, though. He knew he was a Veteran.

After they had talked a while, Joe mentioned he was hungry, so the two men got into Hicks’ car and drove to the nearest town, about six miles further north. Hicks contacted the county sheriff’s office and while they waited for a deputy, he bought Joe a taco salad.

Explained to Joe that VA is better now

As the Veteran ate, Hicks asked if Joe had ever been to VA. Yes, he had tried VA years ago and had not been particularly satisfied with the result. Hicks explained that things had changed since then and asked if he would be willing to give the John J. Pershing VA Medical Center a try. They would be able to help, he explained.

Joe consented and, as he continued eating, Hicks called ahead to ensure services would be available when he arrived.

The county deputy arrived and was briefed on the situation. The deputy said he wouldn’t be able to take Joe the 30 miles back to the medical center.

So, when the taco salad was gone, Hicks and Joe headed back south.

Half an hour later, they arrived at the John J. Pershing VA Medical Center, where people were waiting to help. In no time at all, Joe was set up to receive services and had a safe place to spend the night.

VA could take it from there and they would do everything possible to take care of Joe. Officer Hicks could head home.

For the second time that night.

Hicks received a VA ICARE award and a special Director’s Challenge Coin for his efforts.

By Angela Smith is chief of Communications at the John J. Pershing VA in Poplar Bluff, MO