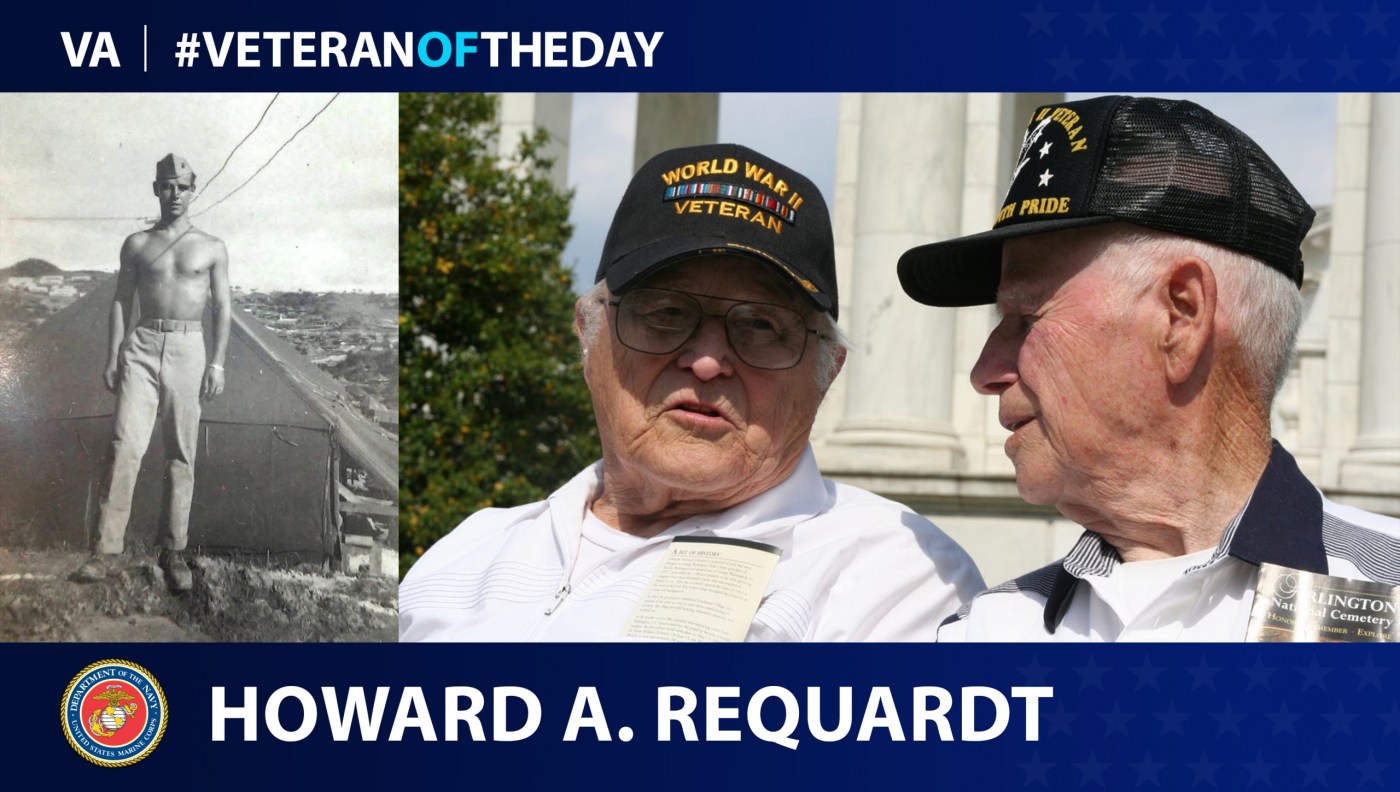 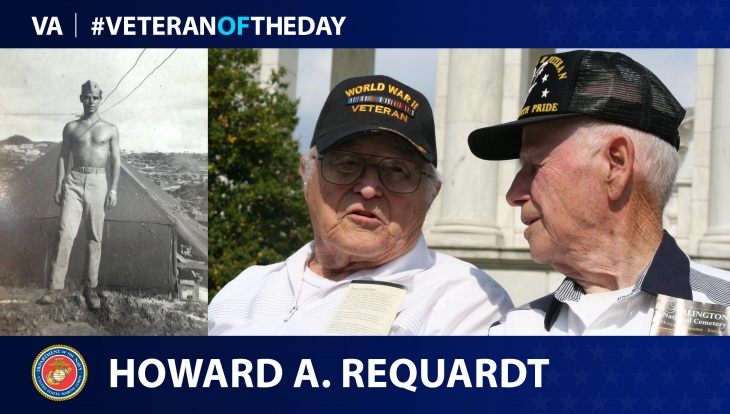 Howard A. Requardt was born in September 1925 in Covington, Kentucky, and grew up with one brother and one sister. In a 2015 interview, he recalled hearing about the Pearl Harbor attack on the radio. Deeply impacted by this, Requardt enlisted in the Marine Corps in 1943, immediately after turning 18. He went through basic training at Parris Island, South Carolina, and then continued to Cherry Point, North Carolina, where he trained to be a gunner on B-25s. Requardt went to California in December 1944 and deployed to the Philippines in the spring of 1945.

Requardt then served in Okinawa from May 1945 until the end of the war. There he fought in the Battle of Okinawa and endured a particular attack in which snipers killed his lieutenant. Requardt was also in Okinawa when a devastating hurricane washed many large ships onto shore and left destruction in its wake. He and several other Marines survived the hurricane by hiding in a walk-in freezer for days because it was heavy enough to avoid being washed away.

Afterward, Requardt and his unit were geared up to invade Japan, until the U.S. dropped the atomic bomb. They remained in Okinawa for several months after the Japanese surrender and eventually returned to the U.S. in February 1946. When they arrived back in California, Requardt and a friend decided to use their 30-day leave to hitchhike across the country, visiting San Francisco, Las Vegas and St. Louis. He then returned to Cherry Point before discharging in May 1946. Over the course of his service, Requardt received a Certificate of Satisfactory Service, a Good Conduct Medal and a marksmanship badge.

Due to his choice to enlist as soon as he turned 18, Requardt had one year left of high school after he left the service. He completed his high school education after returning to Kentucky and began dating his lifelong friend Loraine. He then went on to attend Georgetown College in Kentucky, and married Loraine in 1949. Requardt worked for a life insurance company, and then spent over a decade working for an electric company. He and Loraine remained married for 63 years, until her death in 2012. They had three children, eight grandchildren and many great-grandchildren.