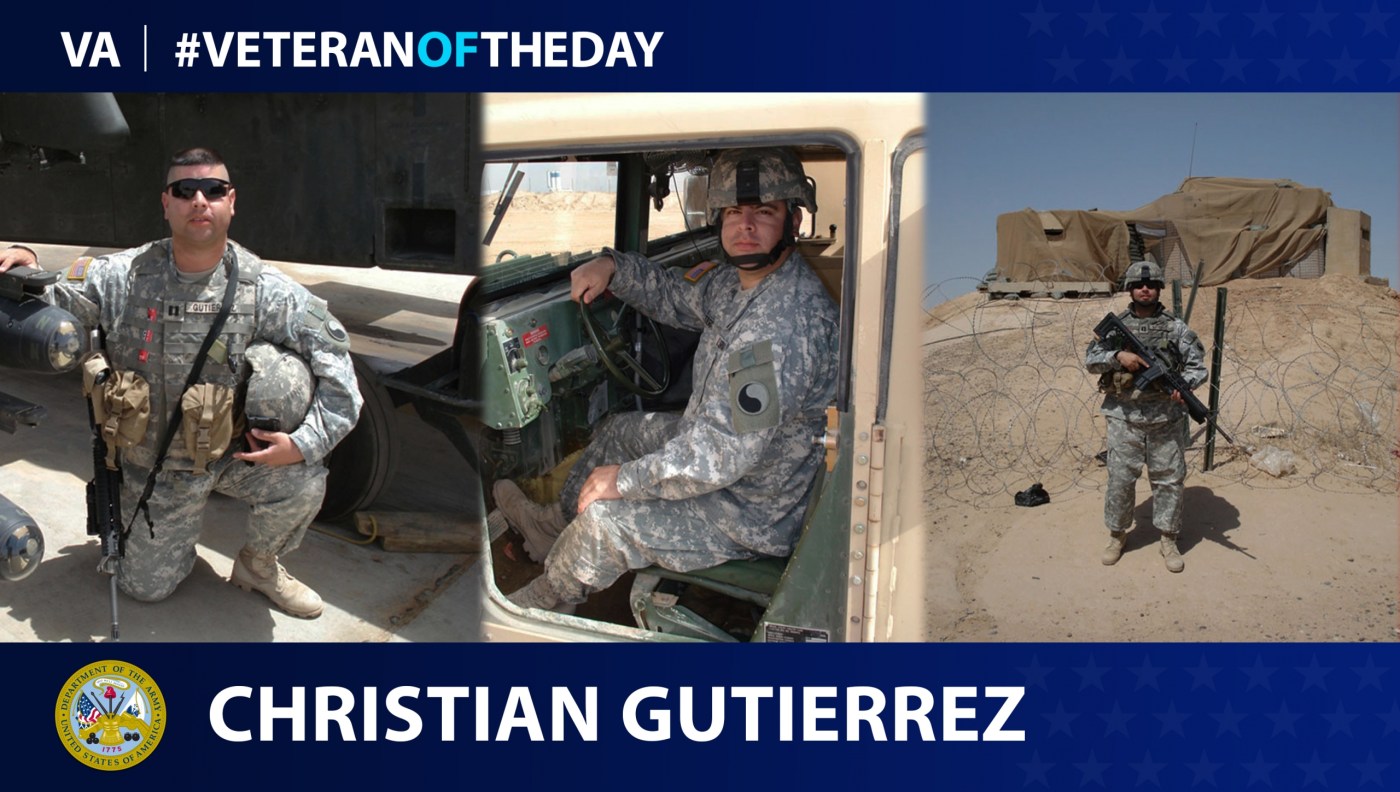 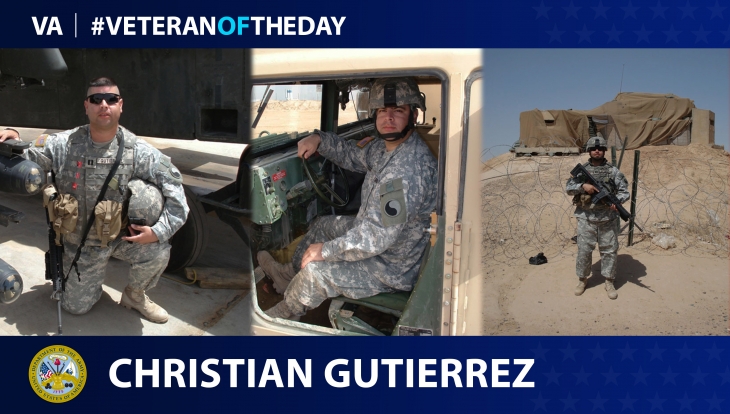 While a student at Central Connecticut State University (CCSU), Christian Gutierrez was convinced to join the Army by friends in the military and the promise of money for school. He joined his school’s Reserve Officer Training Corps (ROTC) program, so he could enter the military as an officer. At the age of 20, Gutierrez attended an eight-week summer boot camp at Fort Knox, Kentucky. After training, he served with the 1st Battalion, 102nd Infantry of Bristol, Connecticut.

From 2006 to 2007, Gutierrez deployed to Forward Operative Base Speicher in Tikrit, Iraq, as a part of Operation Iraqi Freedom. His original assignment as an intelligence officer entailed collecting information to brief the units embarking on combat logistics patrols. However, since the 25th Division–a division tasked with the same type of job–was also on the base, Gutierrez became the liaison between the battalion and the battalion garrison. He was also a morale and welfare officer for the base, ensuring that the near 1,000 soldiers in his battalion had satisfactory living conditions.

In an interview with CCSU’s Veterans History Project, Gutierrez described his typical day in Iraq. Every morning, he would say a prayer before leaving his quarters. Gutierrez would then brief the commander and staff at the garrison on the battalion’s actions from the previous 12 hours and their upcoming plans for the next 72 hours. Afterward, he gathered information from the garrison and briefed the battalion commander and the operations office. Downtime on the base was filled with pranks, and one of his favorite parts of the day was anytime he received a package from his family. Finally, Gutierrez always checked for scorpions, mice and snakes before laying down in his bunk.

During his time in Tikrit, Gutierrez experienced some historical moments. After Saddam Hussein’s execution, the military flew the body to Gutierrez’s base before turning it over to the Iraqi police. The base was on high alert for three days, and Gutierrez even had the chance to view the box holding Hussein’s body. Gutierrez’s base also received a visit from Vice President Dick Cheney.

Gutierrez’s return to the U.S. was delayed by sandstorms in Kuwait and plane engine malfunctions in Germany. He left the Army with the rank of captain and received a War on Terrorism Expeditionary Medal, an Iraqi Campaign Medal and four Overseas Service Ribbons.

Gutierrez now serves as the VA Coordinator for CCSU and is a supporter of Veterans of Foreign Wars.