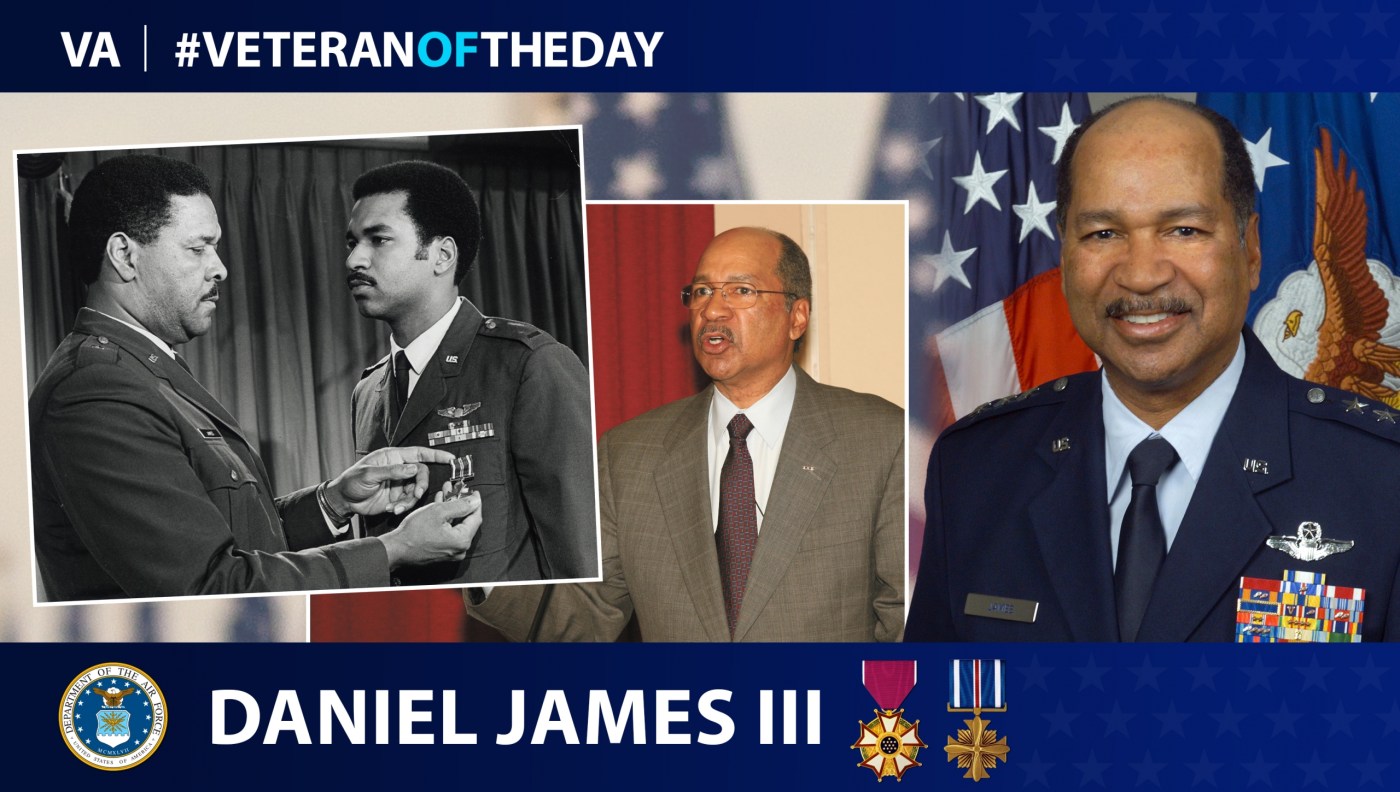 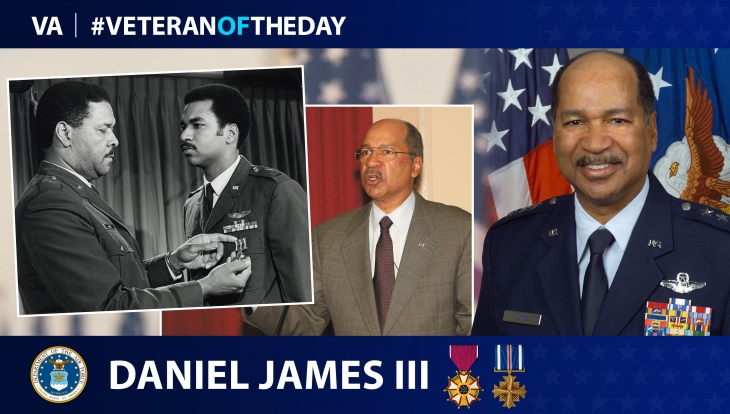 Growing up in Tuskegee, Alabama, Daniel James III knew he wanted to join the military. James was also the son of Air Force Veteran Daniel James Jr., the first African American to attain the rank of four-star general. While attending the University of Arizona, James entered the Reserve Officers Training Corps (ROTC). After graduating in June 1968, he commissioned as a second lieutenant and trained as a pilot at Williams Air Force Base in Arizona.

Once he had earned his wings as a pilot, James deployed to Vietnam in June 1969. For more than a year he served as a forward air controller at Cam Ranh Bay Air Base, flying more than 500 combat hours during his deployment. Following his return from Vietnam in August 1970, James returned to Williams Air Force Base, where he worked for several years as a squadron instructor pilot for the 82nd Student Squadron. In addition, James deployed to Udorn Royal Thai Air Force Base in Thailand as a squadron assistant flight commander. After his return to the U.S., he served as a squadron pilot at Nellis Air Force Base in Nevada until he left active duty in 1978.

“I always wanted to stay affiliated with the Air Force,” he explained in a 2017 National Guard article. “So the [Air] Guard was a natural for me.”

In June 2002, he became director of the Air National Guard, the first African American to serve in the position. James oversaw the transition of the Air Guard from reserve to operational status after Sept. 11, 2001. His proudest moment came during the rescue efforts in the aftermath of Hurricane Katrina in 2005.

“When Katrina hit, we needed to get supplies and people into those areas where communications were down, air traffic control was sparse, runways were flooded, and debris was on taxiways,” James said. “That’s probably one of the proudest moments in the Air National Guard as I see it. It was absolutely awesome.”

James retired from the military as lieutenant general in 2006. He received many medals over the course of his service, including a Legion of Merit and two Distinguished Flying Crosses. According to a 2018 BlackPast article about James, he flew over 300 combat missions in Southeast Asia and logged 4,000 flight hours.

“When I think about the Guard culture, it’s the volunteer and militia spirit that says, ‘Put me in,'” James stated. “It’s a very positive culture, steeped in history, constitutionally based, and reenacted on a daily basis by our Citizen-Warriors.”