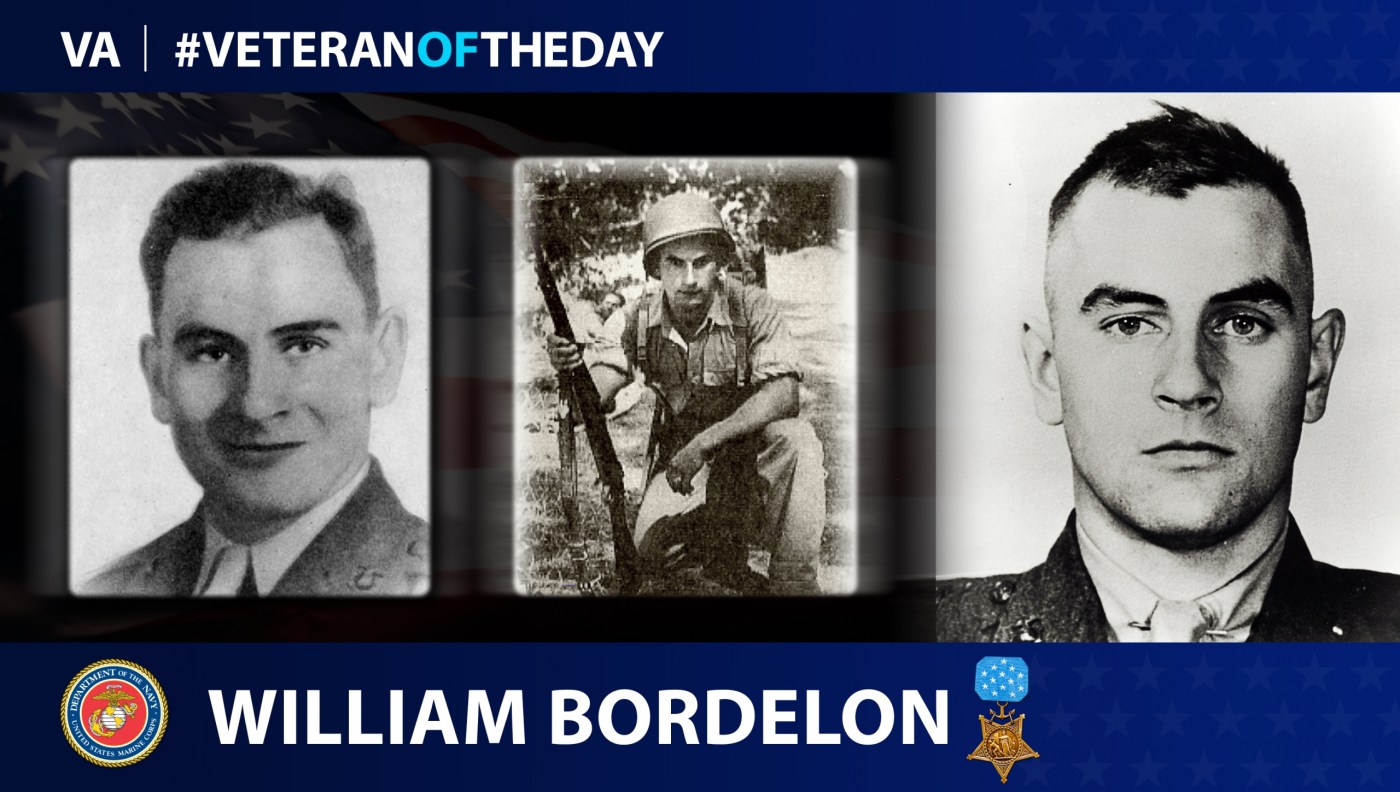 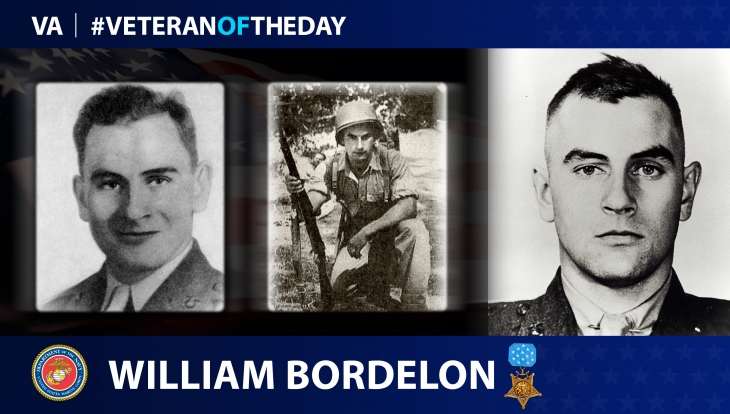 Today’s #VeteranOfTheDay is Marine Veteran William Bordelon, who received a Medal of Honor for his actions in Tarawa during World War II.

Born and raised in San Antonio, Texas, William Bordelon always had a commitment to his community. As a child, he served as an altar boy at Mission San Jose, an old mission Catholic church and participated in local community events there. He attended Central Catholic Marianist High School and served as the top-ranking cadet officer in the Junior Reserve Officers Training Corps, before graduating in 1938.

On Oct. 20, 1942, Bordelon and his unit were in New Zealand for six weeks for additional training before joining the Guadalcanal campaign. This was the first major land offensive by Allied forces against the Empire of Japan, from Jan. 4, 1943, to Feb. 19, 1943. After returning from the campaign, Bordelon promoted to staff sergeant on May 13, 1943.

Bordelon’s next campaign was on the beaches of the Japanese-held Tarawa Atoll of the Gilbert Islands, part of America’s first offensive in the central Pacific region during World War II. He landed on Tarawa’s beaches amid intense enemy fire on Nov. 20, 1943, with the 1st Battalion, 18th Marines, 2nd Marine Division. Bordelon was one of only four who survived the landing. After leaving his landing vehicle, Bordelon and a fellow Marine, Elden Beers, were caught in barbed wire. They managed to remove themselves before reaching safety behind a seawall. Due to the intense fire and the urgent need to reach safety, the Marines lost all their equipment except for a few sticks of dynamite. Bordelon formed the dynamite into demolition charges and destroyed two pillboxes, or concrete-build guard posts.

Without hesitation, he provided aide for a badly wounded Marine. He rescued him and another man, who had been hit by enemy fire while attempting to make the initial rescue. He later went on to cover for his fellow Marines, who were scaling a seawall, while his other companions attempted another rescue on the beach. However, the enemy machine gunners pinned them down. Bordelon attempted to rescue the badly wounded Marine on the shore. Refusing aid for the injuries he sustained during the offensive, Bordelon assaulted and destroyed a fourth Japanese machine gun position before being shot. Shortly after, he fell to the ground and died from his injuries.

For Bordelon’s actions on the shores of Tarawa, he posthumously received a Medal of Honor from President Franklin D. Roosevelt, who presented the medal to Bordelon’s mother on June 17, 1944. He was the first Texan Marine to receive the Medal of Honor. Bordelon also posthumously received a Purple Heart, a Presidential Unit Citation, an Asiatic-Pacific Campaign Medal and a World War II Victory Medal.