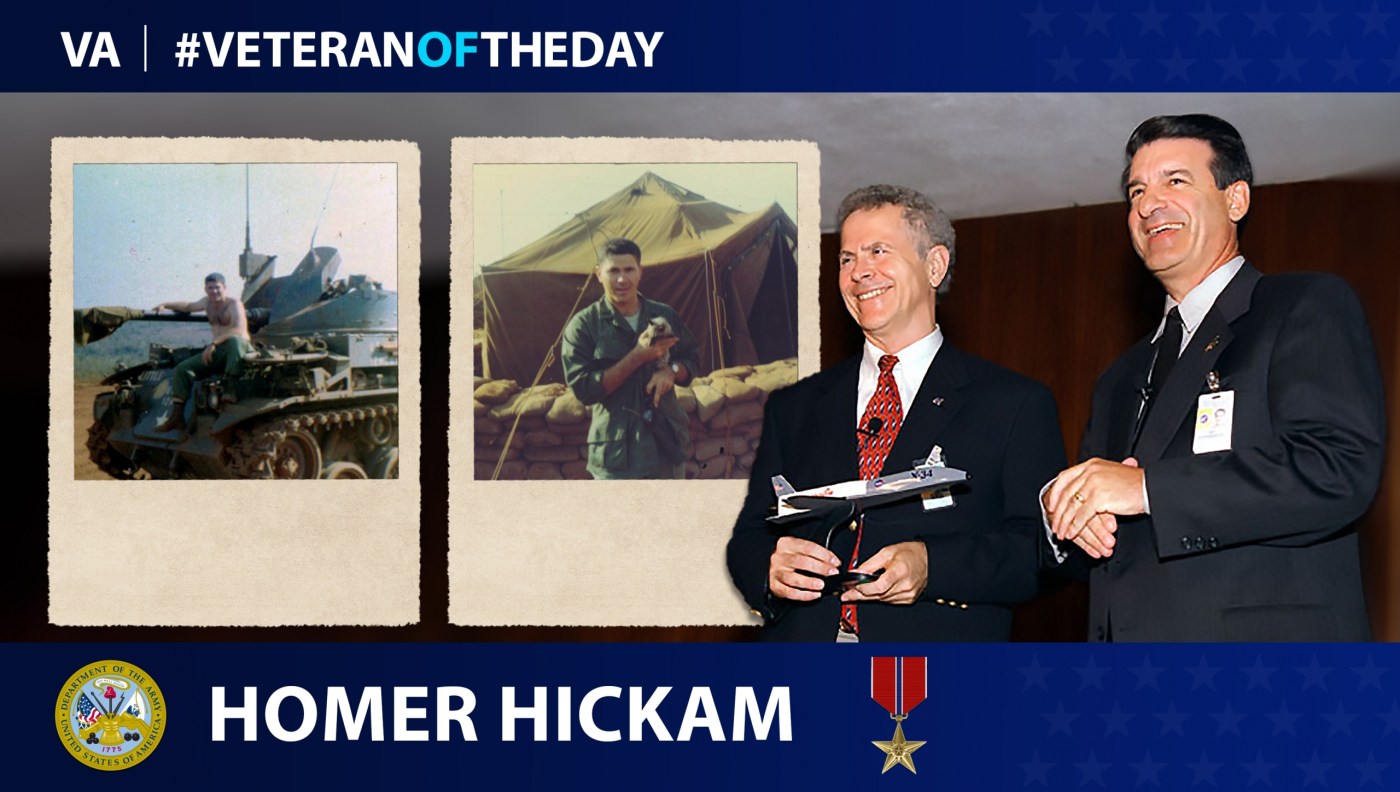 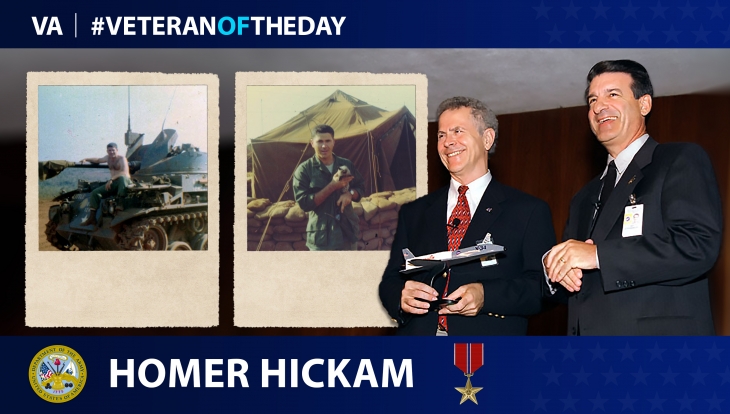 Today’s #VeteranOfTheDay is Army Veteran Homer Hickam, who served in Vietnam and later became a rocket scientist and bestselling author.

Homer H. Hickam Jr. was born in the rural town of Coalwood, West Virginia, in February 1943. In his youth, Hickam enjoyed science fiction stories, reading the work of Isaac Asimov, Jules Verne and Robert Heinlein. In 1957, when Hickam was 14, the Soviet Union launched Sputnik 1, the world’s first artificial satellite. Inspired, Hickam and a group of high school classmates—locally known as “the Rocket Boys”—became amateur rocketeers, designing, building and launching rockets in the Coalwood area. Their efforts brought them recognition at the 1960 National Science Fair and would shape Hickam’s later life.

After high school, Hickam enrolled at the Virginia Tech, graduating with a bachelor’s degree in industrial engineering in 1964. He joined the Army in 1966 under a college option program that would allow him to attend Officer Candidate School if he finished his training. Hickam underwent basic training at Fort Leonard Wood in Missouri, completed advanced training in infantry and engineering, then went to Fort Belvoir, Virginia, for Officer Candidate School.

In the summer of 1967, after 10 months as an ordnance officer at Dugway Proving Ground in Utah, Hickam volunteered to serve in Vietnam. He spent a year with the 4th Infantry Division as an engineer and saw his share of combat, witnessing the Battle of Dak To and fighting in the Tet Offensive.

For his actions in Vietnam, Hickam received a Bronze Star and an Army Commendation Medal.

Hickam remained in the Army until 1970 and left the service with the rank of captain. He spent the next decade as a government engineer for U.S. Army Missile Command. From 1981 until his retirement, Hickam worked at NASA’s Marshall Space Flight Center in Alabama, helping to design spacecraft and train astronauts.

Hickam retired from NASA in 1998. That same year, he published “Rocket Boys,” a memoir detailing his upbringing in Coalwood and the high school rocketry experiments that ultimately helped launch his career. In 1999, the book was adapted into the feature film “October Sky,” with actor Jake Gyllenhaal playing the part of Hickam.

In 2011, Hickam received the Vietnam Veterans of America’s Excellence in the Arts Award.