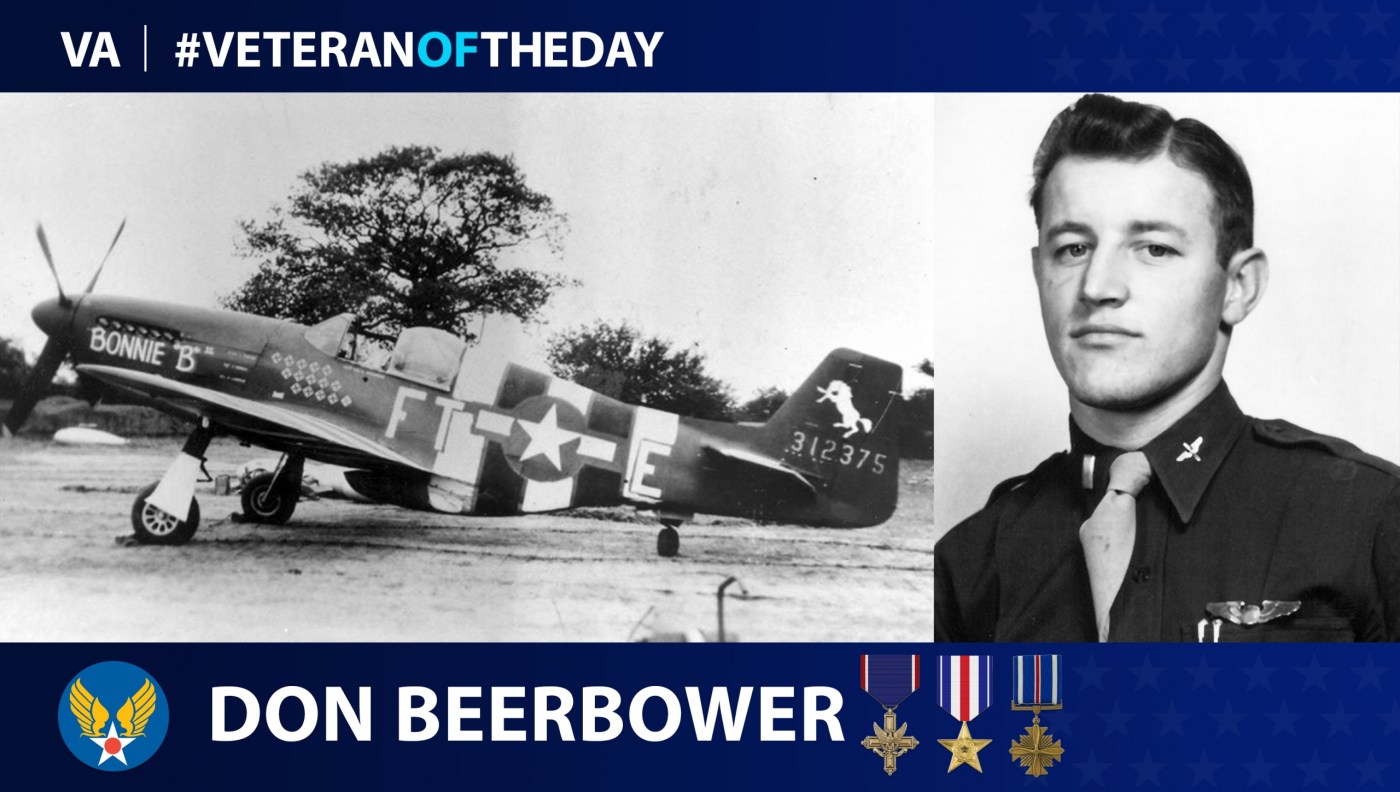 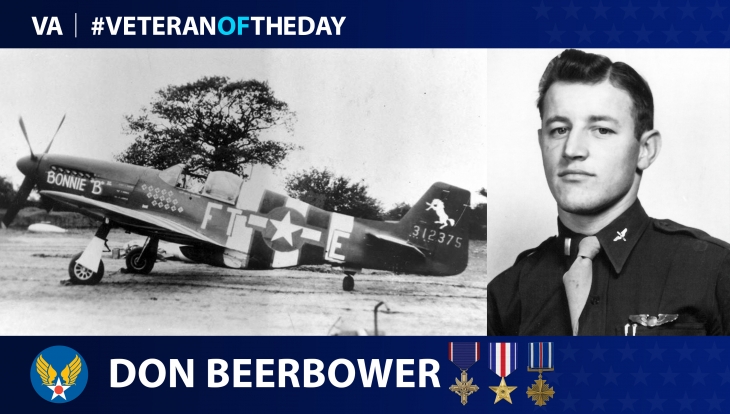 Don Beerbower was born in August 1921 in Saskatchewan, Canada, and grew up in Hill City, Minnesota. After the Japanese attacked Pearl Harbor in 1941, Beerbower joined the military. He completed pilot training and became a first lieutenant. Afterward, Beerbower served with the 353rd Fighter Squadron, 354th Fighter Group, and deployed to the European Theater in World War II. Before leaving, Beerbower married his love, Elayne Kutcher. When he finally left for Europe, Beerbower also left behind his infant daughter, Bonnie.

Beerbower arrived in England in October 1943 and flew his first combat mission in December with his North American P-51B Mustang, which he named the “Bonnie B” after his daughter. Beerbower’s first air victory came a month later in January 1944, and he became a flying ace in February when he shot down a German Messerschmitt 109. After D-Day in June 1944, Beerbower became the squadron commander, placing him in charge of 350 service members. His squadron also relocated to an airfield in Normandy, France. Beerbower’s last confirmed air victory happened in July, earning him 15.5 confirmed air victories in World War II.

On Aug. 9, 1944, Beerbower lead a contingent of 353rd Fighter Squadron planes against 30 enemy planes near Reims, France. During the battle, enemy round hit Beerbower’s “Bonnie B” several times, causing him to crash near Saint-Thierry. Beerbower died upon impact.

At the time of his death, Beerbower’s contributions helped his squadron achieve the most air victories out of any Army Air Forces squadrons fighting in World War II. Beerbower also became one of Minnesota’s top flying aces.