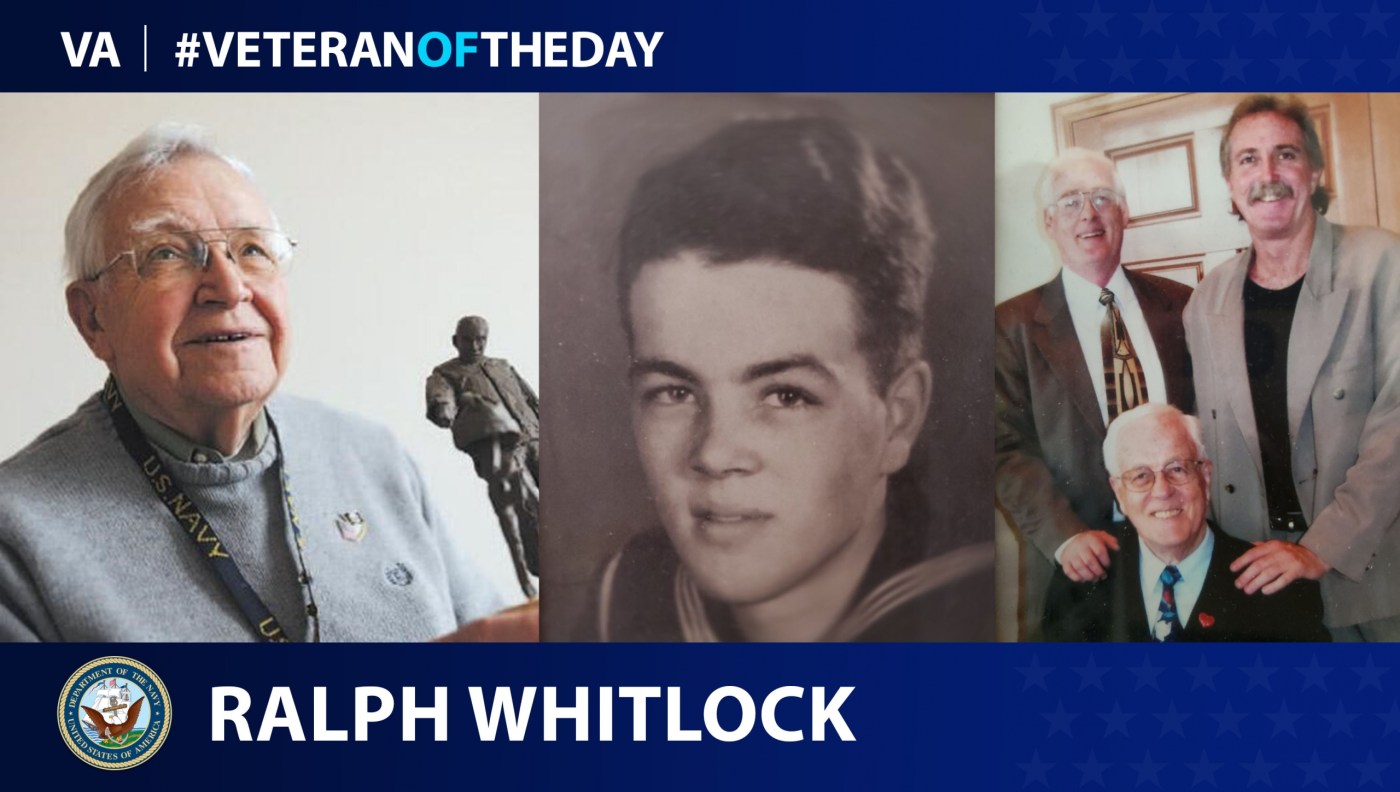 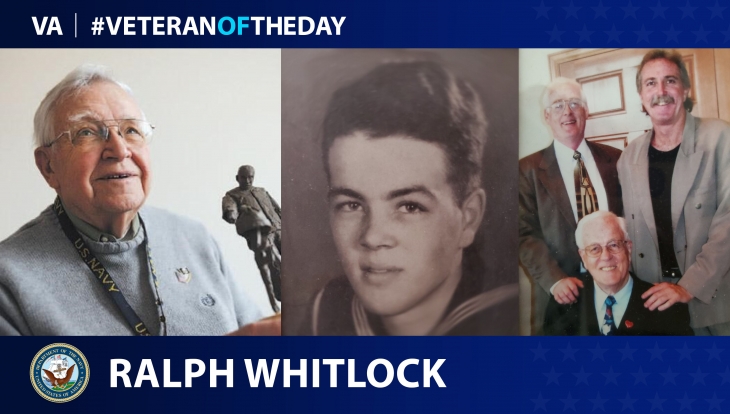 Today’s #VeteranOfTheDay is Navy Veteran Ralph Whitlock, who served in the Pacific during World War II and in the Korean War.

At the age of 17, Ralph Whitlock’s life changed forever. In 1943, Whitlock volunteered and joined the Navy during World War II.

He served in the Pacific alongside around 200 others aboard USS Halloran (DE 305), a Navy destroyer escort involved in the battles of Iwo Jima and Okinawa in Japan. At Iwo Jima, Whitlock recalled feeling immensely proud one morning seeing the armada of ships around him. In 1945, a kamikaze attack hit USS Halloran, which saw extensive combat.

At the end of World War II, Whitlock discharged and went back home to Chicago, where he married his wife, Marilyn. For work, he became an electrician and joined the International Brotherhood of Electrical Workers.

Whitlock was then called for service in the Korean War. He served as an electrician’s mate third class aboard USS Floyd B. Parks (DD 884). With Whitlock’s storytelling skills, he spoke about his civilian and military stories to not just friends and family but also many schools. In Denver, he spoke for and served as President of the Destroyer Escort Sailors Association and participated in the Veterans History Project.

Whitlock received several medals for his service in World War II and Korea.

Whitlock became a father of two sons while living in Illinois and then Colorado. Besides continuing his work as an electrician, he also enjoyed practicing his immense love for singing. His Christian faith carried him to sing at his church—Parker Hills Bible Fellowship. Whitlock continued to enjoy singing lessons, his faith, his life passions and his work as a skilled electrician until his passing at age 94.