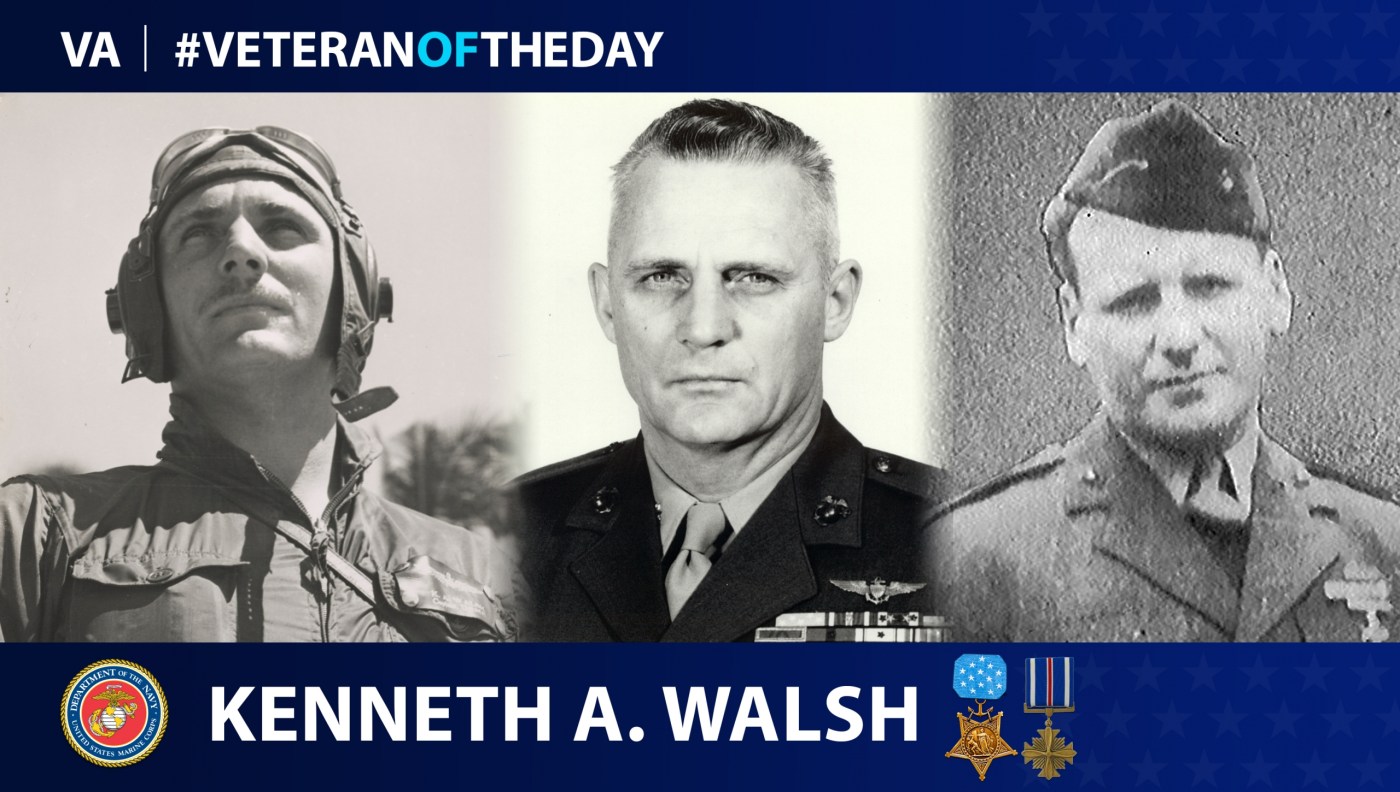 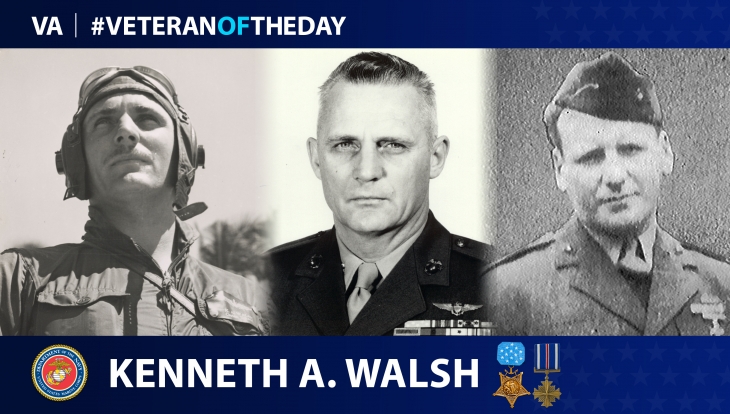 Today’s #VeteranOfTheDay is Marine Corps Veteran Kenneth A. Walsh, an aviator during World War II and the Korean War.

Kenneth Ambrose Walsh was born in Brooklyn, New York, in 1916, and enlisted in the Marine Corps in 1933. He spent time as an aviation mechanic before earning his wings in 1937. Walsh was a member of Marine Fighting Squadron 124 Battalion in the 1st Marine Aircraft Wing Division during World War II. Walsh was the first aviator to become an ace flying in the F4U Corsair. He is credited with 21 total aerial victories during World War II.

Walsh received a Medal of Honor after his actions in 1943 while as a first lieutenant assigned to the Solomon Islands in the Pacific Theatre. Determined to protect American ground forces, Walsh engaged overwhelming Japanese aerial attacks although he was outnumbered six to one. He downed two Japanese dive bombers and a fighter aircraft.

In 1944, Walsh transferred to Naval Operation Training Command in Florida to serve as a flight instructor and promoted to captain the same year. In 1945, he served in the Philippine Islands and the Okinawa Campaign with Marine Fighting Squadron 222. After World War II, Walsh served in California as an engineering officer and in Virginia as an aircraft maintenance and engineering student.

With the outbreak of the Korean War, Walsh received orders to Korea with Marine Aircraft Group 25 from 1951 to 1952. From 1952 to 1955, he served as a Marine liaison officer for Aircraft Material and Maintenance in Norfolk, Virginia, and promoted to major in 1955. From 1955 to 1959, Walsh was at Marine Corps Air Station El Toro in California as an aircraft maintenance and repair officer in Marine Transport Squadron 152 and promoted to lieutenant colonel in 1958. He also served as executive officer and operations officer of Marine Transport Squadron 352 at El Toro until 1961. His final assignment was with Headquarters and Headquarters Squadron, Marine Wing Service Group 37, 3rd Marine Aircraft Wing at El Toro Air Station.

Through his 28 years of service in the Marine Corps, Walsh rose to the rank of lieutenant colonel and retired from active duty in 1962. He lived in California and passed away in 1998. Walsh is buried at Arlington National Cemetery in Virginia.