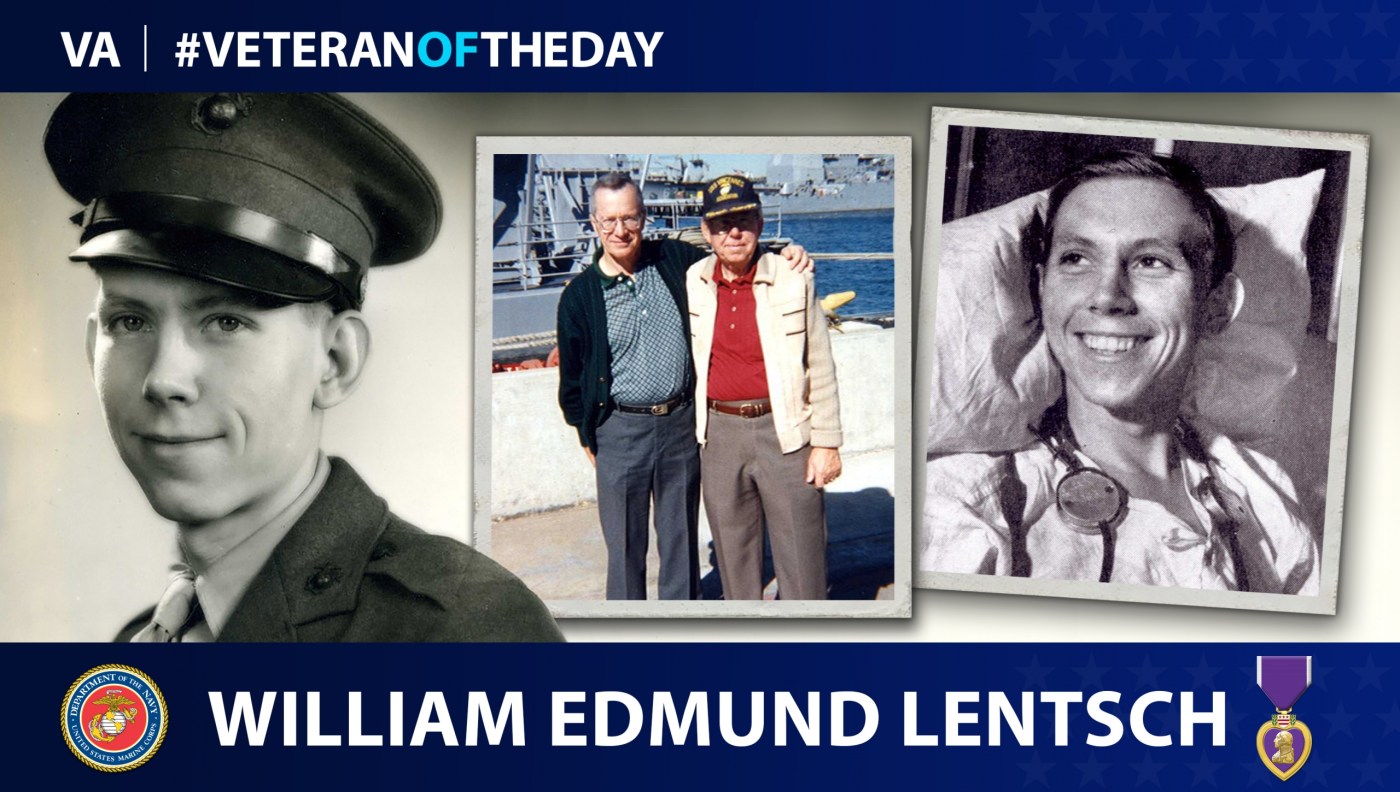 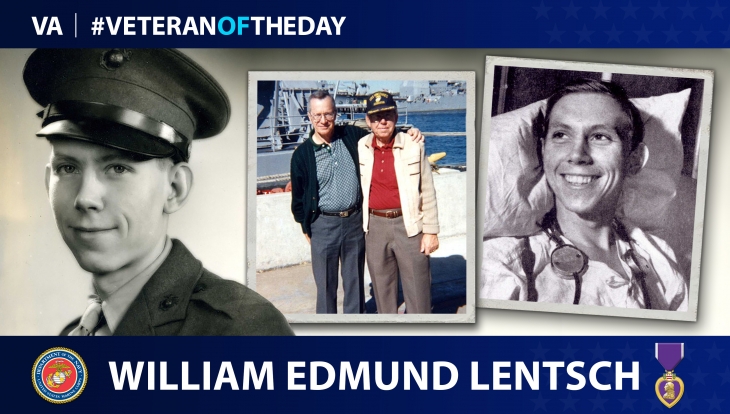 Today’s #VeteranOfTheDay is Marine Veteran William E. Lentsch, who received a Purple Heart for injuries during the Battle of Savo Island.

William Edmund Lentsch was born in New Haven, Connecticut, in 1922. His childhood was difficult, as he experienced a poor relationship with his parents and grew up during the Great Depression. At 14 years old, he ran away and spent three years helping his uncle on his homestead in Valdosta, Georgia. Lentsch returned to Connecticut, asking his mother to sign the papers needed to join the military. When she agreed, he traveled to a recruiting office in New York City. In July 1940, he joined the Marine Corps.

Lentsch went to Parris Island in South Carolina for basic training and then volunteered to go to sea school in Norfolk, Virginia. Lentsch served with the 1st Marine Division aboard USS Vincennes. He worked on the ship as a “hot-shell man.” It was his job to catch the shell casings dropped from the 38 caliber guns and throw them overboard. In March 1942, Lentsch and USS Vincennes went to the Pacific.

In April, USS Vincennes accompanied USS Hornet as a part of Task Force 18 during the Doolittle Raid on Japan. Later, Lentsch fought in the Battle of Midway and the Battle of Guadalcanal aboard USS Vincennes. At the Battle of Savo Island, torpedoes sank the ship. One of strikes broke Lentsch’s legs. He climbed three decks up a ladder and slid into the water. Lentsch was shot and played dead in the water, but was later rescued and transported to USS Solace.

He returned to Connecticut, working for General Electric in Bridgeport while using a cane. As a condition of employment, he helped sell war bonds and promoted blood plasma donations at the factory. Later, Lentsch worked as a mail deliveryman in Dayton, Ohio, and San Diego, California, for 27 years. He advocated for better treatment of disabled Veterans and wrote a book entitled “My Story.”