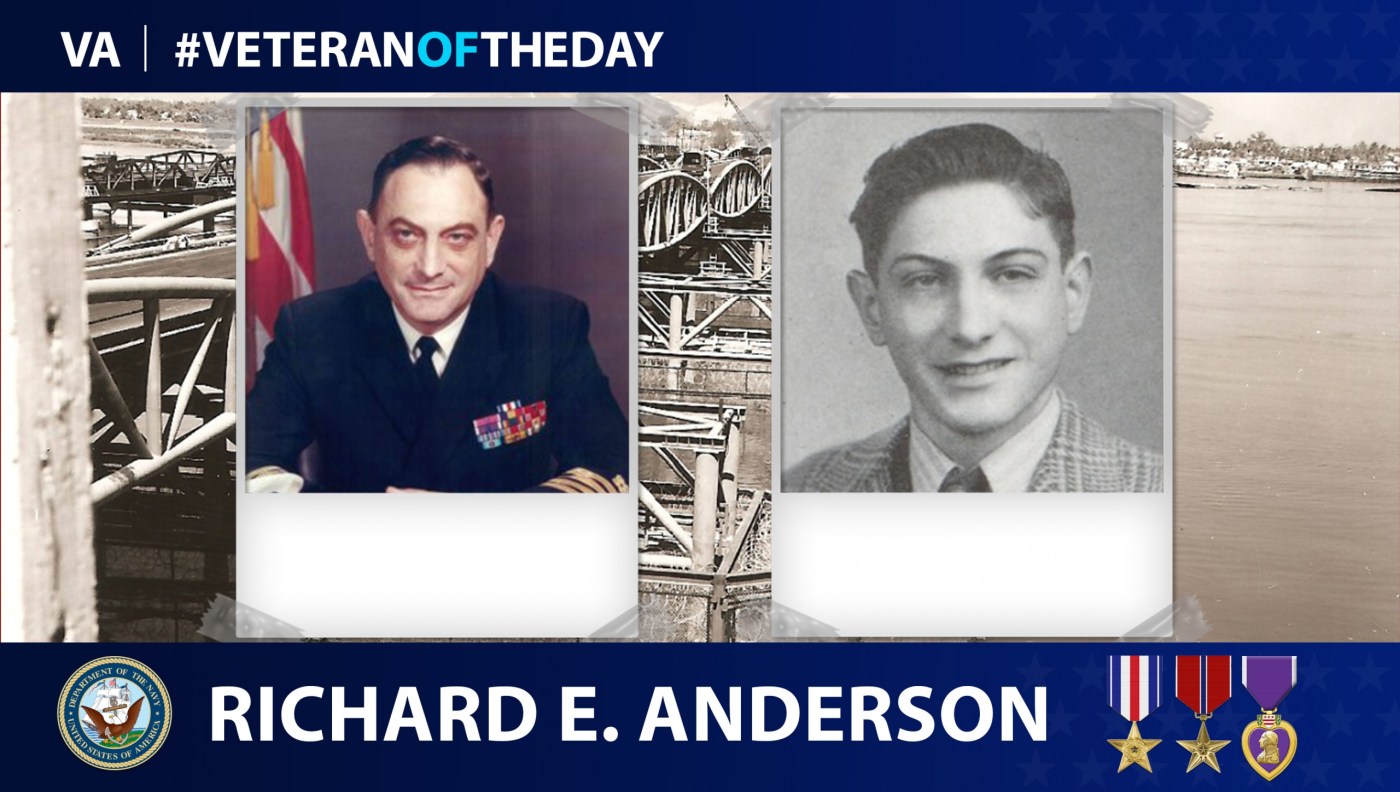 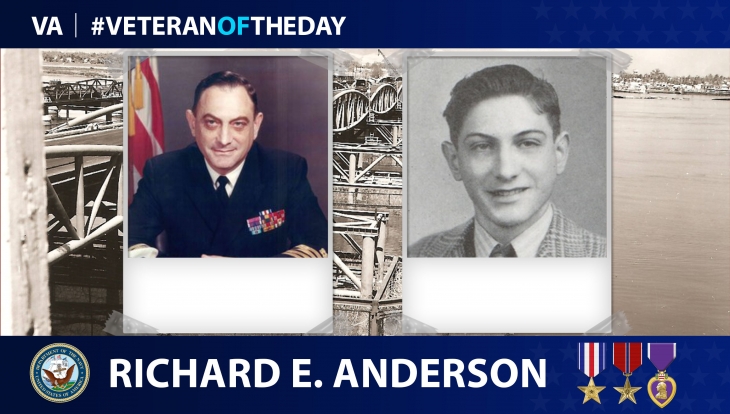 Richard E. Anderson was born in North Little Rock, Arkansas, in March 1926. After graduating from high school, Anderson joined the Army Air Forces and served during the closing years of World War II.

After the war, Anderson earned a bachelor’s degree in civil engineering from the University of Arkansas in 1949. With his degree, Anderson commissioned as an ensign in the Civil Engineer Corps of the U.S. Naval Reserve. He reported in 1951 as an assistant public works officer at the Construction Battalion Center in Port Hueneme, California.

In 1952, Anderson met his future wife, Mary Ann, while on duty in the Comptroller Division of the Bureau of Naval Personnel in Washington, D.C. The couple married in 1953. After serving during the Korean War, Anderson became the executive officer of Detachment Bravo in Antarctica from 1957 to 1958. While serving in Antarctica, he was in a helicopter crash and sustained severe burns. He survived the crash but was forced to stay in Antarctica for the winter until he could be flown to the then-Bethesda Naval Hospital in Bethesda, Maryland. After recovering, he obtained a master’s degree in environmental engineering from the University of Michigan.

While stationed in Bremerton, Washington, Anderson witnessed a car accident in which a car burst into flames after an accident. Anderson, alongside a companion, went to assist the trapped driver of the car. Breaking the window of the vehicle, Anderson aided in the driver’s rescue, nearly being overwhelmed by the fire himself. For his actions that day, he received a Navy and Marines Corps Medal.

Anderson’s expertise as a civil engineer and a seasoned leader was invaluable during the Vietnam War. From June 1965 to February 1966, he led Naval Mobile Construction Battalion NINE as a commander. Despite deploying into dangerous conditions, Anderson’s battalion built several vital structures, including a 400-bed station hospital. They also replaced a 310-foot section of the Da Nang River Bridge. For their effectiveness and for withstanding two attacks by the Viet Cong, Anderson received a Legion of Merit medal.