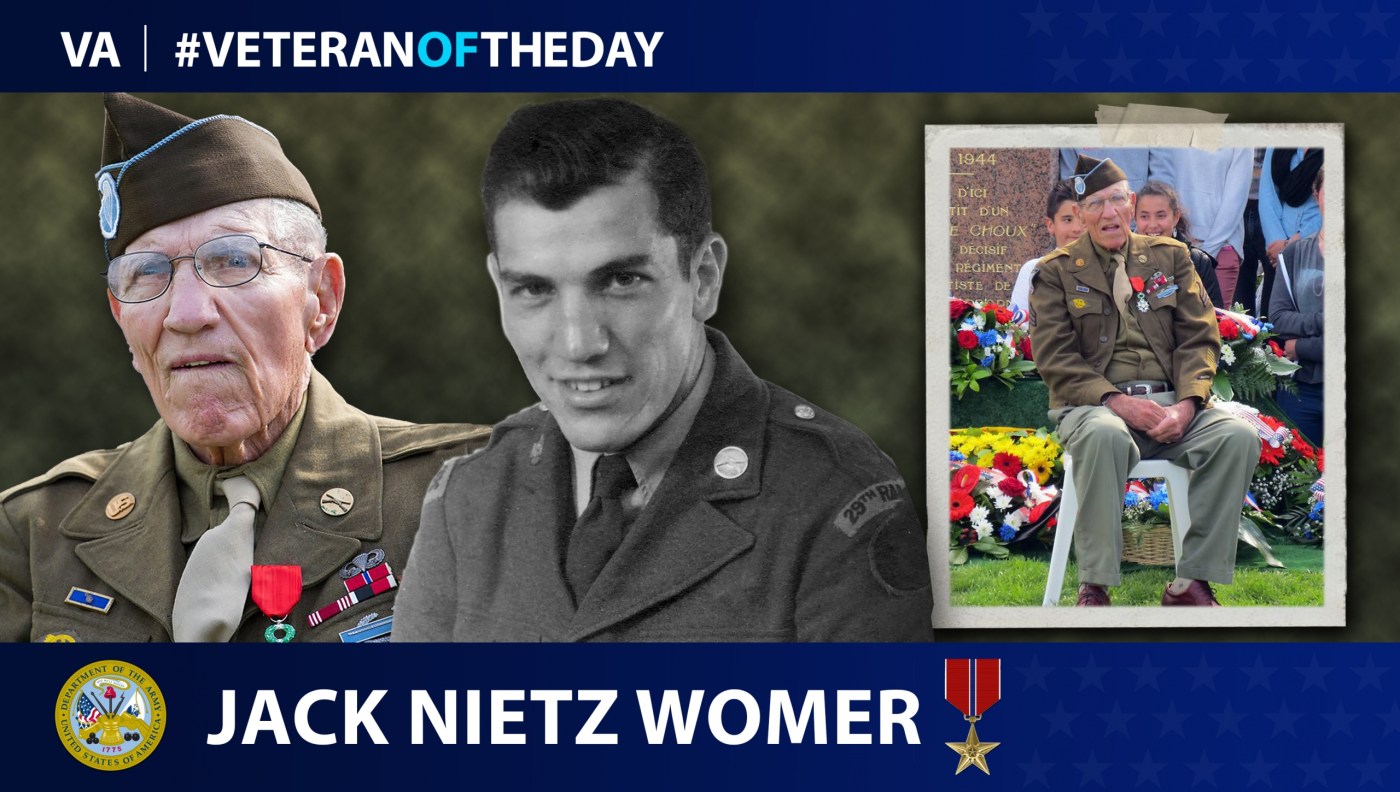 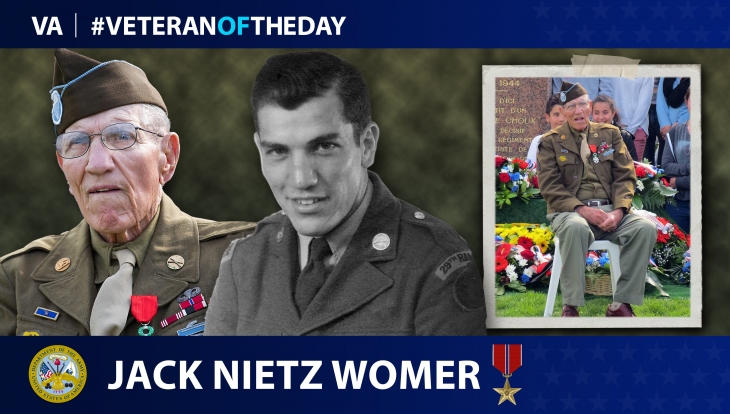 Jack Nietz Womer was born in 1917 and grew up in Sparrows Point, Maryland. He worked at Bethlehem Steel with his brothers before the Army drafted him in 1941. Womer served with the 29th Infantry Division and went to Europe in 1942.

Womer volunteered to become a Ranger in the 29th Ranger Battalion, trained by British Commandos in Scotland. After the Rangers disbanded in 1943, Womer became a paratrooper with the 101st Airborne Division. His previous experience as a Ranger prepared him to speed through training, and Womer completed the entire program in just 10 days.

He then went to the division’s 506th Parachute Infantry Regiment’s Demolitions Platoon, in the section known as the Filthy Thirteen. This group specially trained in the destruction of strategic objectives behind enemy lines. Womer jumped behind enemy lines in the invasion of Normandy on D-Day and Operation Market Garden. Womer became buck sergeant of the Filthy Thirteen, and he held this title until the end of World War II.

After the war, Womer returned to Maryland, where he got married, started a family and began work again at the local steel plant. He enjoyed telling stories about his time in service, and, in 2012, his daughter took him back to Europe to attend memorials and reenactment events of World War II.

He said that he was not afraid of dying, but rather that “when us World War II Veterans are gone, future generations of Americans will forget about how hard we fought and the sacrifices we made…so as to preserve our freedom. People tend to take such accomplishments by previous generations for granted.”

Womer passed away in 2013. He was the last remaining member of the Filthy Thirteen.