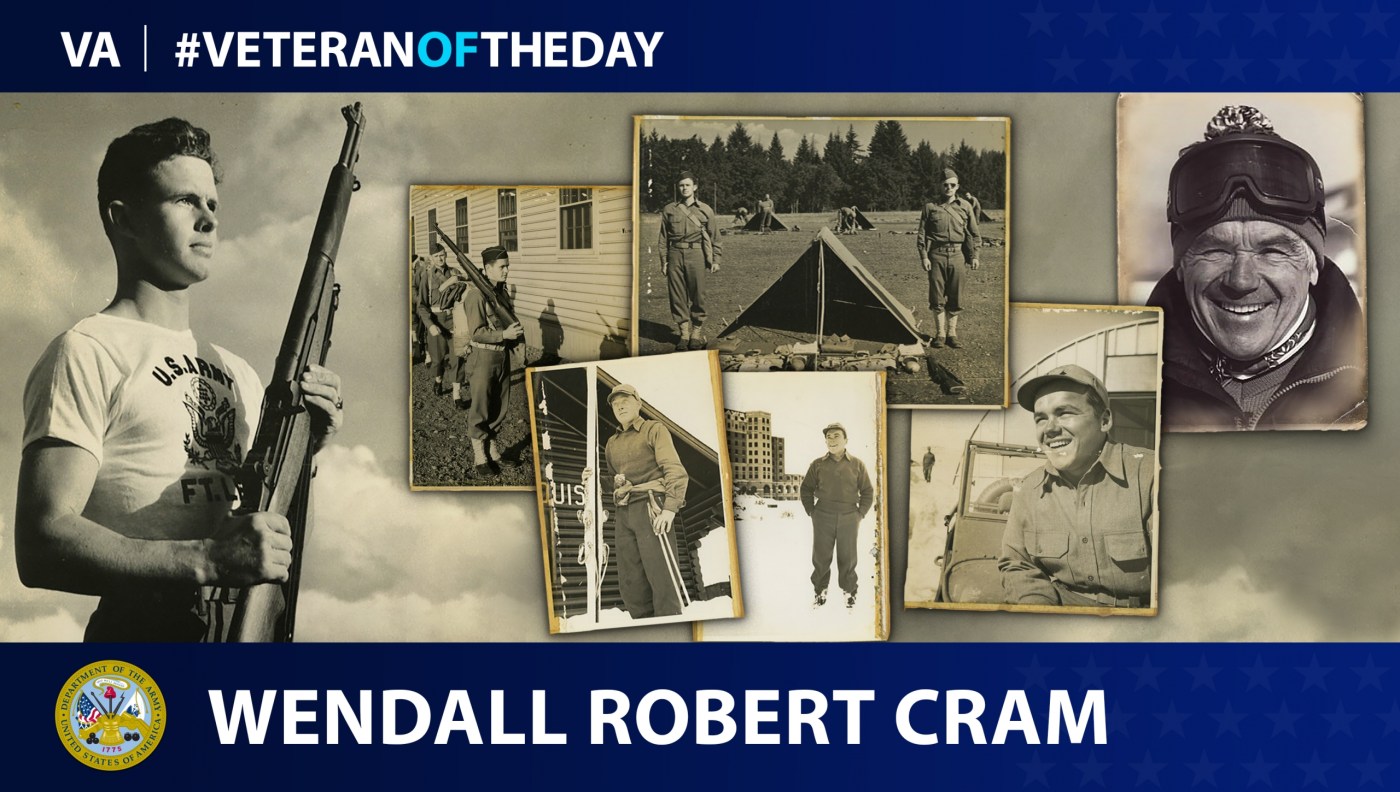 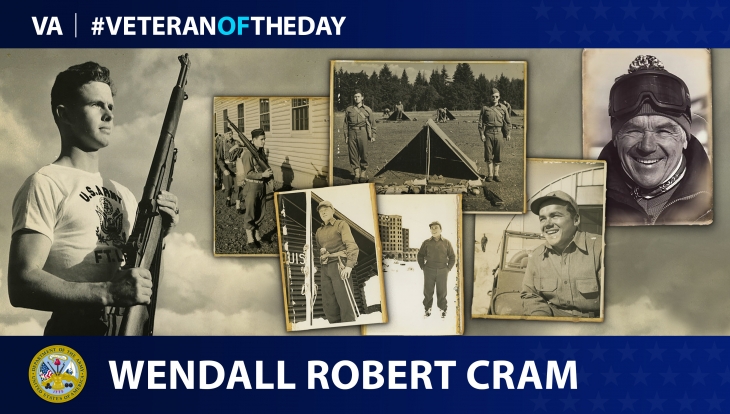 Today’s #VeteranOfTheDay is Army Veteran Wendall Robert Cram, who served during World War II as a ski trooper from 1941 to 1945.

Wendall Robert Cram was born in Bridgewater, Vermont, in January 1921. Growing up, Cram often helped his father, who was a doctor, with his work. Instead of becoming a doctor, he developed a strong interest in skiing. He saw skiing for the first time in a movie and wanted to try it out for himself. Cram quickly became an adept skier and participated in skiing competitions. In 1940, he qualified for the U.S. Olympic Ski Team. The Olympics were cancelled, however, due to the escalation of World War II. After the Japanese attacked at Pearl Harbor, Cram enlisted in the Army.

Cram became part of one of the first ski troops in the newly organized 10th Mountain Division. This division trained throughout the mountainous regions of the U.S., using the conditions of the areas as preparation for combat. Cram completed basic training at Fort Lewis in Tacoma, Washington. He also trained at Camp Hale in Red Cliff, Colorado, and at Camp Roberts in San Miguel, California. Cram used his experience to help teach soldiers the basics of skiing. He also tested some of the first M-29 Weasels in Canada.

In 1944, Cram and the 10th Mountain Division deployed to Italy. Cram’s division was given the mission of driving German artillery from the Northern Apennines to open up the Po Valley for Allied forces. The Germans’ strategic defensive position forced the Allies to conduct operations at night. Under the cover of darkness, Cram and his division used pitons and ropes to climb through the mountains and attack the German forces repeatedly. Eventually, the 10th Mountain Division pushed the Germans from the position, winning a key victory for the Allies in Italy. In an interview with Andrew Huber, Cram summarized his division’s actions in Italy, stating, “Our training paid off there.” Cram left the Army as a sergeant after World War II.

Returning to the U.S., Cram continued his career in skiing. He skied competitively and worked as a ski instructor for over three decades.

“Skiing has been my life,” Cram said. “I’ve always been in it one way or another.”

He was also a member of the Fraternal Order of Eagles and Veterans of Foreign War. In April 2017, Cram passed away at the age of 96.