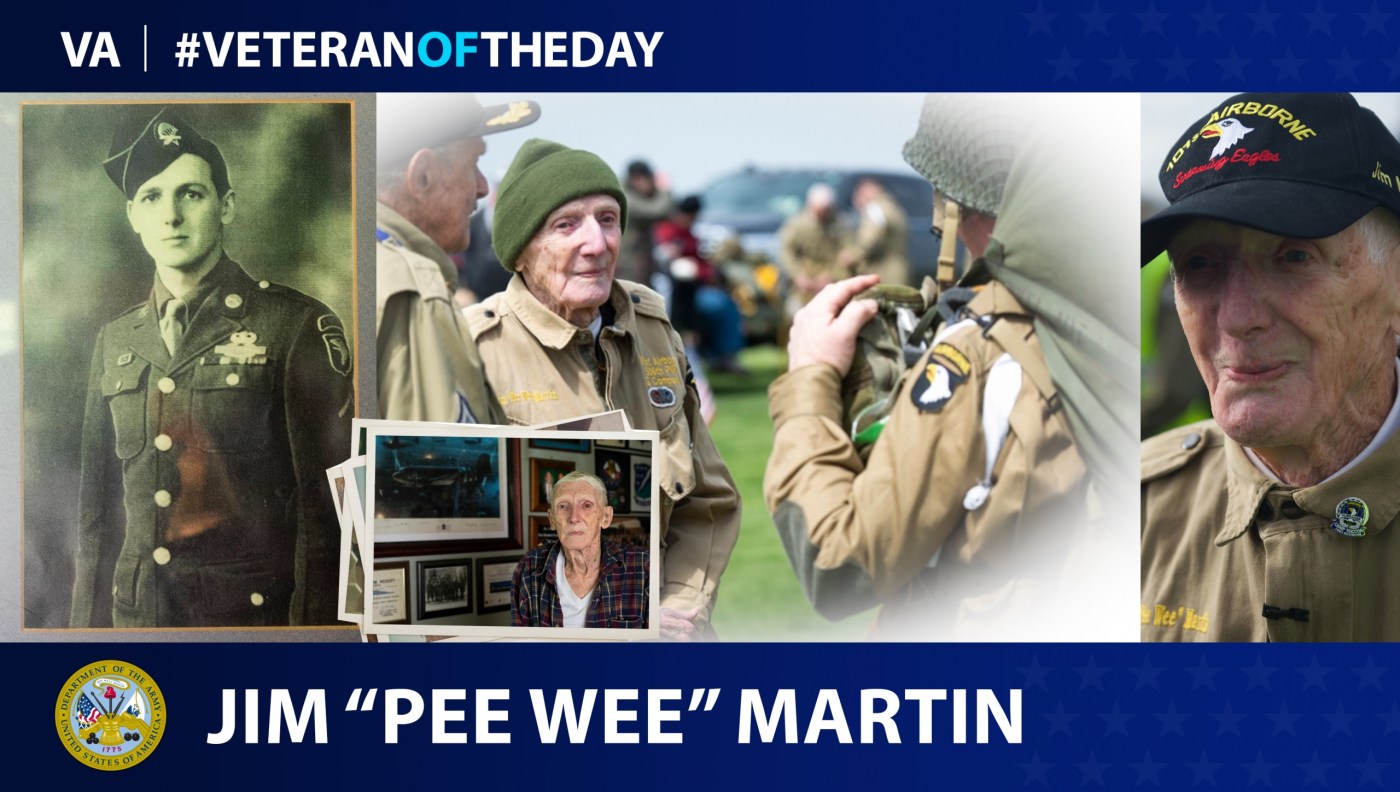 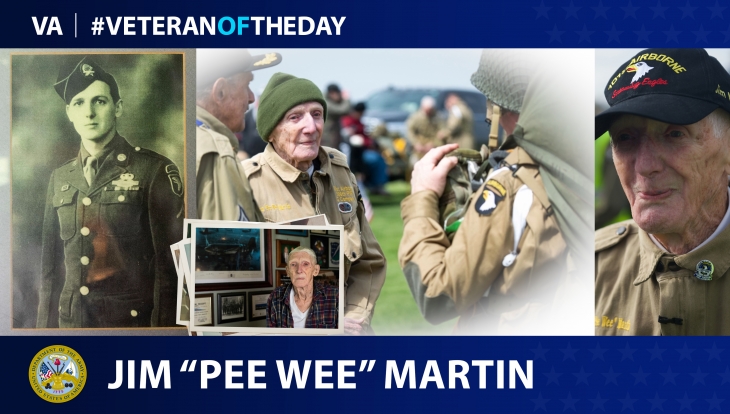 Today’s #VeteranOfTheDay is Army Veteran Jim “Pee Wee” Martin, a 100 year old who parachuted in the D-Day invasion of Normandy.

In 1942, Jim “Pee Wee” Martin enlisted in the Army when he was 20 years old, soon after World War II started. Like much of the nation, he was hesitant about the war after the experience of World War I two decades earlier, but he was motivated to join as he felt that America needed to assist the European allies. He quit his job in manufacturing and enlisted in the Navy to work in submarines. However, he did not want to wait six months to start his service, so instead he joined the Army as a paratrooper.

Upon joining the Army, Martin went to Camp Toccoa, Georgia, to train with the 506th Parachute Infantry Regiment of the 101st Airborne Division. There, he received the nickname “Pee Wee” for his relative smallness compared to the other soldiers. After training from July to December 1942, Martin went to England to prepare for the Allied invasion of German-occupied France.

On June 6, 1944, Martin and the 506th Parachute Infantry Regiment joined the D-Day invasion in Normandy, France. His unit cut off German forces from two bridges used to deliver reinforcements.

In September 1945, Martin fought in Operation Market Garden, where the 101st Airborne captured German bridges to allow the Allies to invade the German-occupied Netherlands. They captured all but one of the bridges.

Soon afterward, the 101st Airborne Division planned to return stateside to prepare for deployment to the Pacific Theater. However, in the early hours of Dec. 16, 1944, the men were roused to  prepare for the Battle of the Bulge. From December into January 1945, Allied forces defended against a German offensive in Belgium, Luxembourg and western Germany. Martin went to Bastogne, Belgium, where the Army stood against a German siege into January.

Martin discharged in September 1945 with the rank of private first class.

In 2001, the 506th Parachute Infantry Regiment was popularized by the television show “Band of Brothers.” In 2014, on the 70th Anniversary of D-Day, Martin parachuted into Normandy again, at 93 years old. Today, he resides in Ohio, where he recently celebrated his 100th birthday with another parachuting event with fellow Veterans of the 101st Airborne Division.