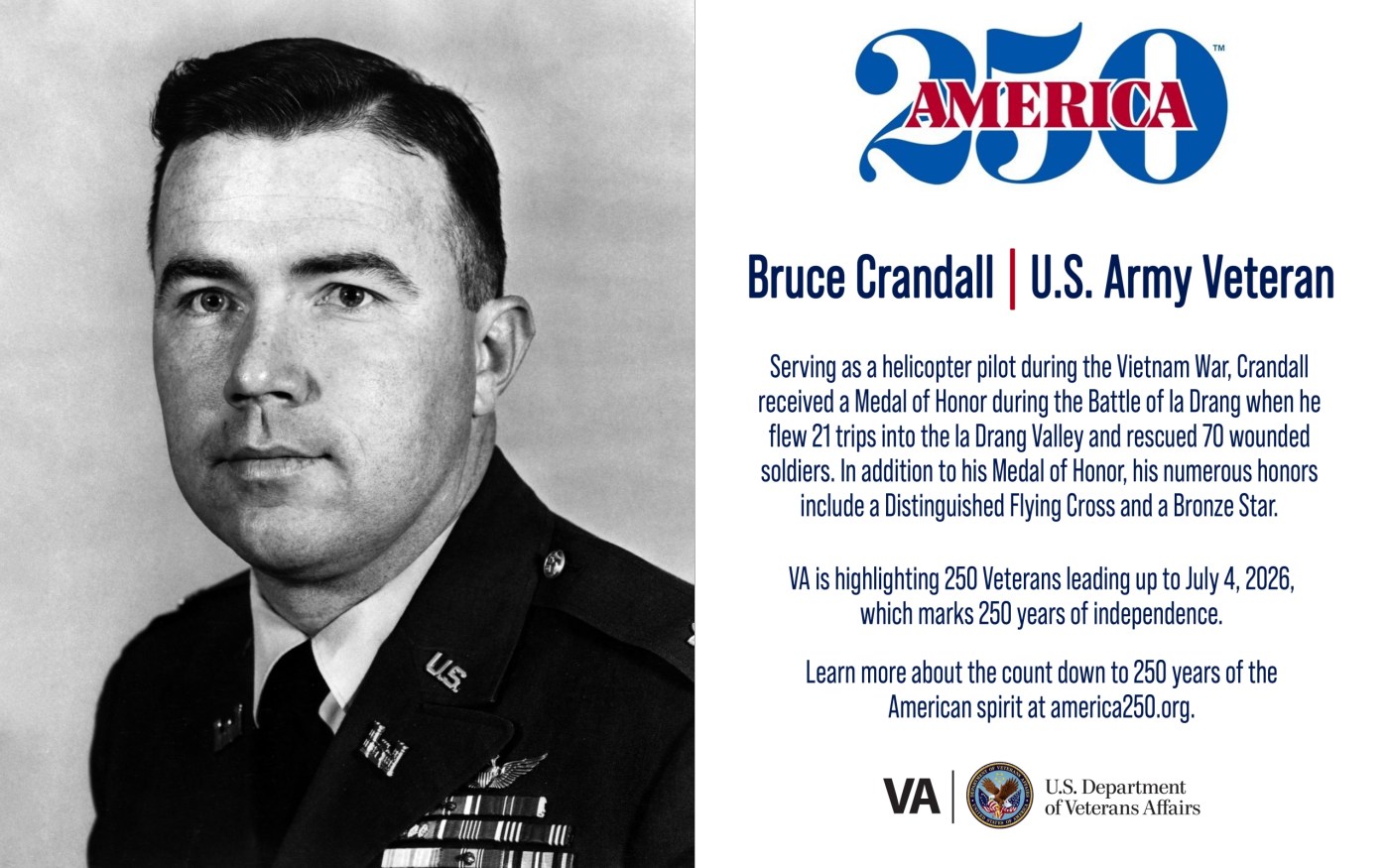 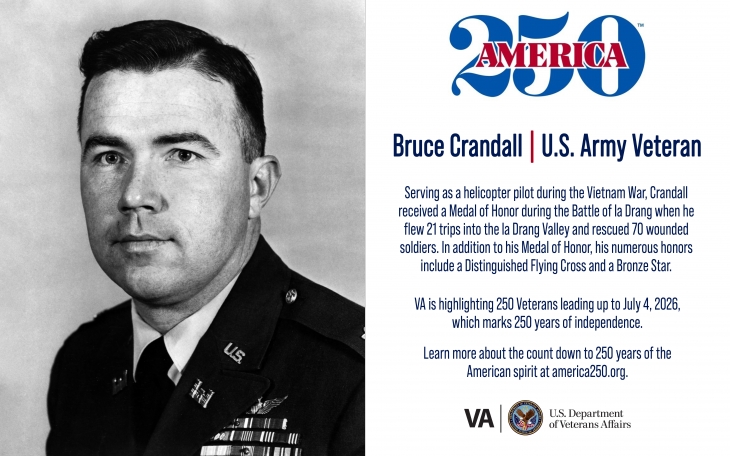 Bruce Crandall was born in February 1933, in Olympia, Washington. Growing up, he enjoyed playing baseball. He was proficient enough to earn All-American honors in high school. Crandall joined the Army National Guard when he was 15 years old. After high school, he attended the University of Washington hoping to play baseball. However, that was cut short when the Army drafted him in 1953.

In 1954, after completing his training and receiving his commission, Crandall’s first assignment sent him to San Francisco. There, he joined a mapping group working on topographical studies of Alaska.

Crandall’s first overseas assignment came in 1956 and took him to Wheelus Air Force Base in Libya. He helped map the desert while working as a flight instructor and unit test pilot. His next tours sent him to Panama and Costa Rica, where he flew mapping missions over thousands of miles of unmapped Central and South American terrain. His next assignment was as a platoon commander with the 11th Air Assault Division, where Crandall helped create new air assault tactics.

In early 1965, Crandall worked with the Dominican Republic Expeditionary Force before deploying to Vietnam to command the 229th Assault Helicopter Battalion. Soldiers affectionately nicknamed him “Old Snake” after his call sign “Ancient Serpent 6.”

However, on his way back, Crandall realized Moore’s men needed more help. Crandall recruited volunteers to deliver much-needed ammunition and evacuate the wounded. This was not his mission, and he did not need to fly into fierce enemy fire. But Crandall knew he had to aid Moore’s besieged battalion. With the help of Maj. Ed Freeman, Crandall flew 22 trips and rescued 70 men during the battle. Their efforts greatly bolstered soldiers’ morale as they realized they were not alone. It also inspired other pilots to enter the landing zone to help. Crandall did not stop until he knew he did all he could for the soldiers on the ground. Crandall and Freeman received Distinguished Service Crosses for their actions. Both were later upgraded to Medals of Honor.

The Battle at Landing Zone X-Ray ended on the third day of fighting. While the U.S. gained the upper hand in the valley, 545 U.S. service members died during the Ia Drang campaign. Estimated enemy casualties totaled over 3,500.

In January 1966, Crandall earned recognition for saving 12 wounded soldiers during Operation Masher, a joint U.S. and South Vietnamese mission. He returned to the U.S. for an assignment in Colorado and later attended the Armed Forces Staff College before returning to Vietnam for a second tour in 1967.

Crandall’s second tour ended prematurely in January 1968, when his helicopter was downed during a rescue mission four months into his tour. During his tours in Vietnam, he led over 900 combat missions. His injuries placed him in a hospital for five months. After this, Crandall attended the University of Nebraska, earning his degree in 1969. Crandall proceeded to work in positions in Thailand, Venezuela, Missouri and California. Afterward, Crandall was supposed to serve as an aviation and engineer advisor in Argentina. However, a stroke ended this opportunity and his flying career.

In his final years with the Army, Crandall worked with the California National Guard as a senior engineer advisor. He retired in 1977 as a lieutenant colonel.

In retirement, Crandall continued to receive recognition for his service. He was honored by the Air Force’s “Gathering of Eagles,” in 1994. He entered the Army Aviation Hall of Fame in 2004. The 1-229th Assault Battalion’s headquarters located at Joint Base Lewis McChord, Washington, was also named in his honor.

During his service, Crandall received a Medal of Honor, a Distinguished Flying Cross, a Bronze Star Medal, a Purple Heart, 24 Air Medals, a Vietnam Service Medal and numerous additional honors.