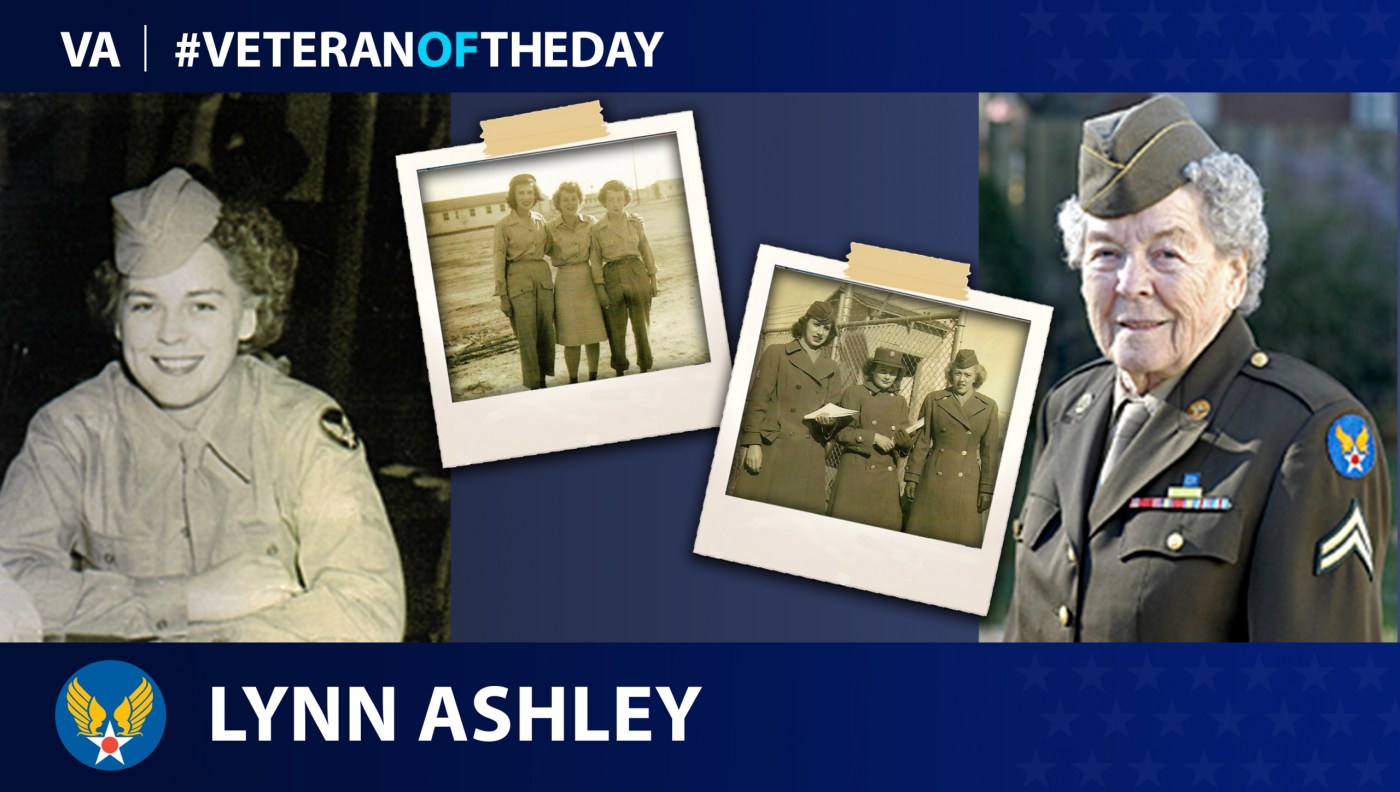 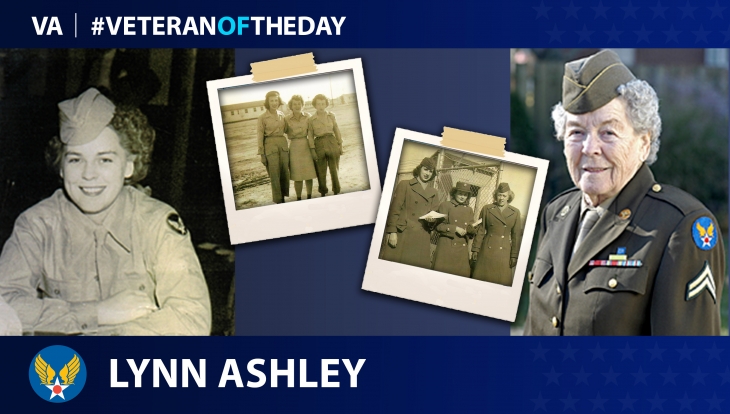 Born November 1920 in Rock Island, Illinois, Marilyn “Lynn” Ashley, née Haynes, graduated from Immaculate Conception Academy in Davenport, Iowa, in 1938. After her high school graduation, she moved to Chicago to be with her mother until she passed away in 1941.

In Chicago, Ashley worked for six months as a riveter for Douglas Aircraft, before she enlisted in December 1943. Ashley wanted to enlist to support her brother who was serving in Europe, flying a P-51. She went through basic training at Fort Oglethorpe, Georgia, for six weeks. Her assignment was with 8th Air Force in Carlsbad, New Mexico. While there, she scheduled aircraft training missions for cadets learning to be bombardiers and tracked the conditions of the Beechcraft AT-11 aircraft. Ashley treasured the friendships she made and the skills she gained while in the military. In 1946, she received an honorable discharge.

After returning to Chicago, Ashley worked until she married her husband, Edward Ashley, in 1946. The couple moved to Cincinnati in 1961 and had four children. Ashley volunteered within her community of Forest Park, Ohio, to work with young people and the Presbyterian Church.

In 1977, Ashley enrolled in University Without Walls, now known as the Union Institute, and received her bachelor’s degree in social psychology a year later. She earned her master’s degree in educational foundations in 1979 before earning a doctorate in education in 1985 from the University of Cincinnati.

In 1979, she worked to develop educational and behavioral change programs for criminal offenders at National Corrective Training Institute. She later became president of the company.

Ashley served as an advocate for women Veterans. She was a charter member of Women in Military Service for America and remained active in the Women’s Army Corps Veterans Association.

In 1999, the Ohio Veterans’ Hall of Fame inducted Ashley. She also became a member of American Legion Post #644, the Greater Cincinnati Women’s American Legion, created for women Veterans by women Veterans. On behalf of the post, Ashley drafted Resolution 10-1 in 2010 to request the repeal of the Department of Defense’s policy as it related to women in combat situations, such as in Iraq and Afghanistan. Ashley’s resolution requested that these women be recognized as combat Veterans and that they receive the benefits entitled with that classification. Her resolution passed at American Legions National Convention and was adopted by the National Executive Committee of the American Legion.