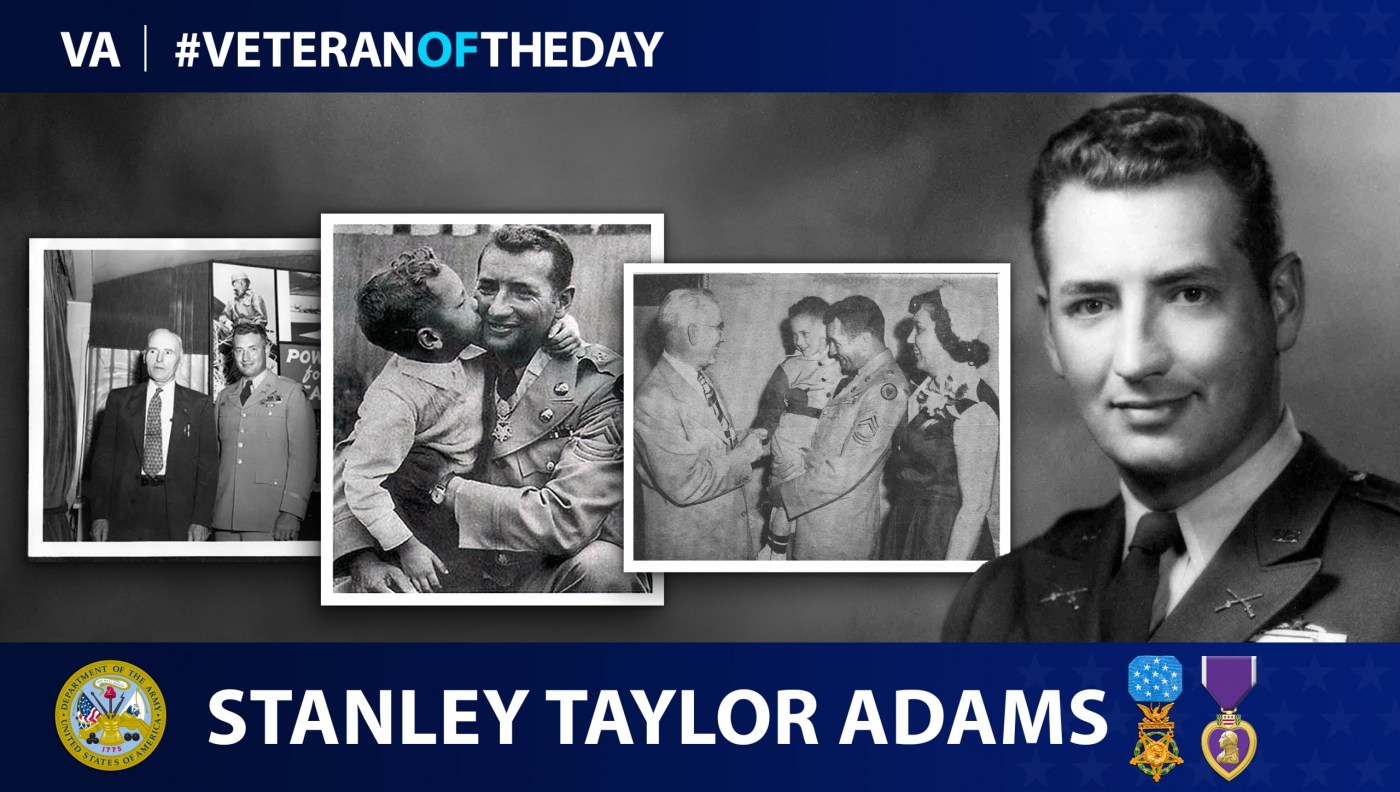 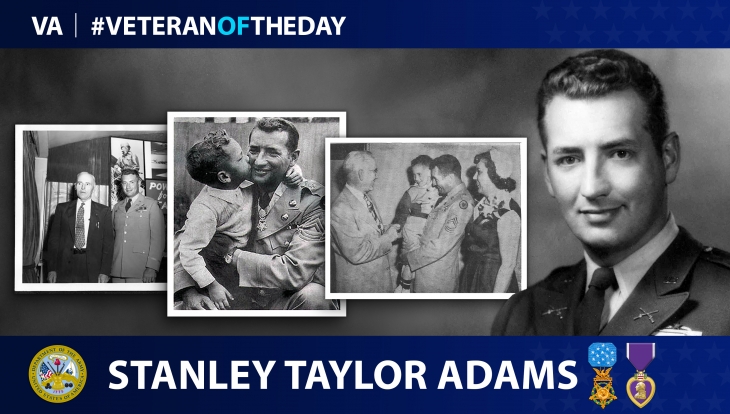 Stanley Taylor Adams was born in May 1922 in De Soto, Kansas. At the outbreak of World War II, he joined the Army and eventually fought against German and Italian forces in Italy and North Africa, where he was wounded in battle.

After World War II, Adams served in Japan with the Allied Occupation Force. When North Korea launched a surprise attack on South Korea, Adams went to the Korean Peninsula to assist with the counterattack.

On an early February morning in 1951, while holding post ahead of the rest of his company, Adams’ and his platoon were engaged by nearly 250 enemy troops, according to his Medal of Honor citation. His team charged the enemies with bayonets fixed, and during his pursuit, an enemy shot Adams. Despite this wound and the effects of the concussion grenades landing around him, Adams got to his feet and continued to push on toward the enemy, yelling orders and encouraging his men along the way. After an hour of fighting, Adams and his force pushed the enemy back. Adams even provided cover fire for his force as they withdrew from their position.

Adams continued his service in the Vietnam War, one of few who have served in World War II, Korea and Vietnam. He retired from the Army as a lieutenant colonel in 1970, and afterward worked for the Internal Revenue Service (IRS) as an administrator. He later retired from the IRS and settled in Oregon. Adams lost his battle with Alzheimer’s disease in 1999. The Stan & Jean Adams Community Center was built by the Oregon Veterans Home in honor of him and his wife.