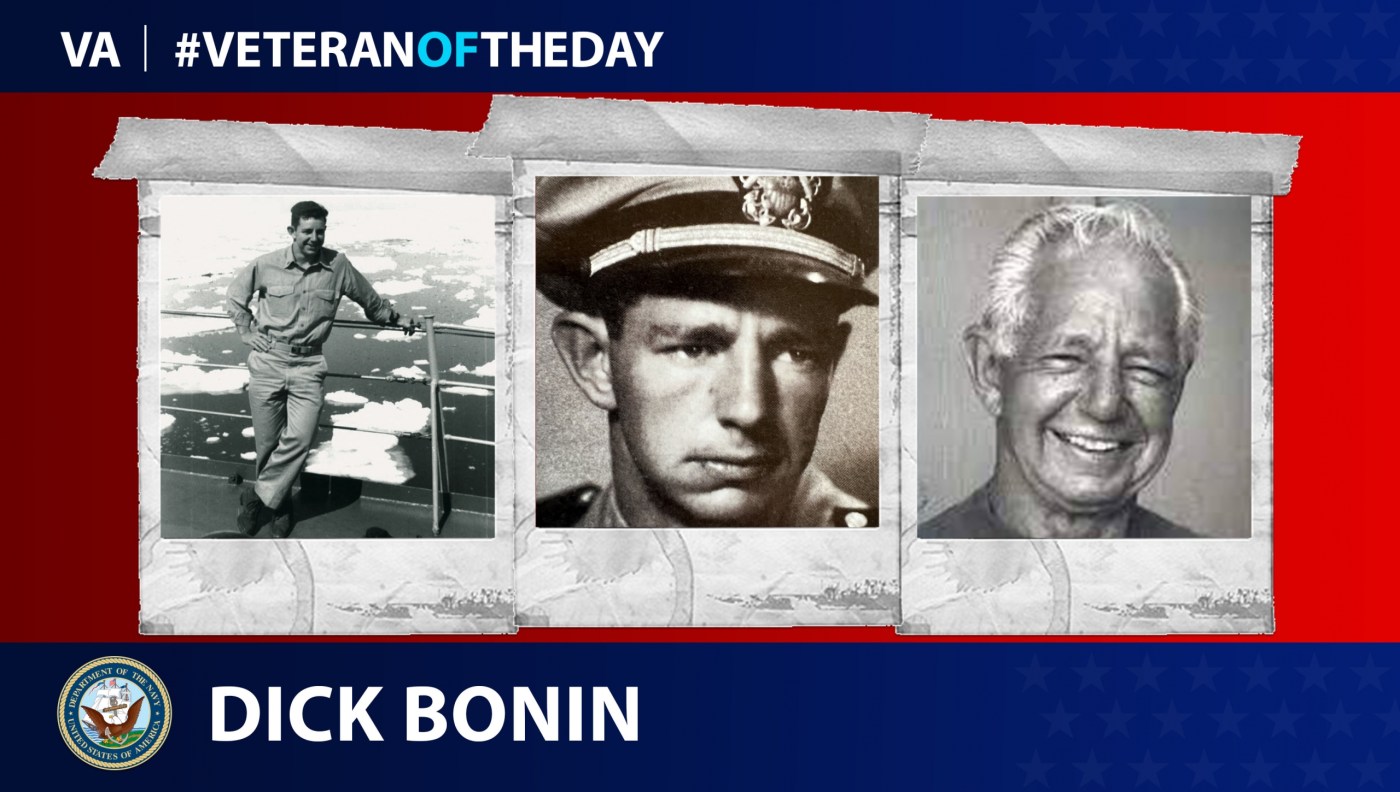 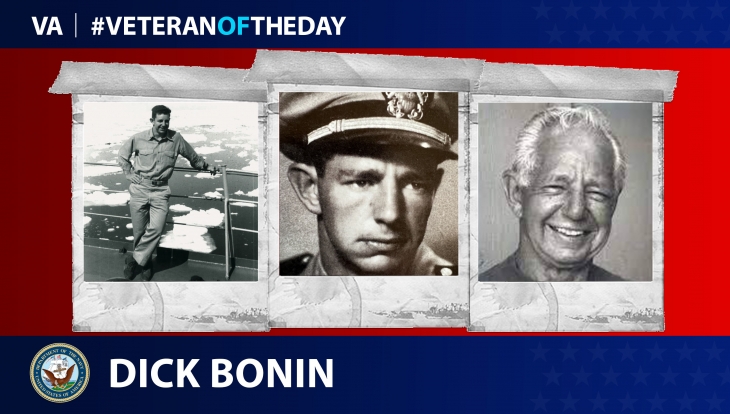 Today’s #VeteranOfTheDay is Navy Veteran Dick Bonin, who served on an Underwater Demolition Team, the precursor to Navy SEALs.

Dick Bonin was born in March 1930 and raised in the Chicago area. In high school, he became an accomplished swimmer and boxer. This led to Bonin receiving an athletic scholarship for college. After he graduated from college, the Korean War began. Bonin joined the Navy.

He completed Officer Candidate School (OCS) and chose to join an Underwater Demolition Team (UDT) because of his passion for swimming. The UDTs were a precursor to the modern Navy SEALs. Bonin went to Little Creek, Virginia, for specialized amphibious naval training. He was one of the 19 recruits who completed the training out of the initial 137 recruits. After completing further training in New London, Connecticut, and the Caribbean Sea, he became a submersible operations officer and led one of the five 100-man UDTs in the Navy. His time in the Navy was mainly spent testing various diving and underwater explosive equipment for military use.

The skills that Bonin developed during his service in the Navy aided him later in life. After honorably discharging from the Navy in 1956, he began working in the fledgling scuba industry in his hometown of Chicago. Eventually, he went on to co-found Scubapro with fellow diving enthusiast Gustav Dalla Valle. Bonin and Valle began Scubapro in a garage in 1963. During his time in the scuba industry, Bonin focused on redeveloping scuba equipment that he had worked with in the military for professional and civilian use. He tested and sold equipment like snorkeling goggles, submersible pressure tanks and swim fins.

After retiring from Scubapro in 1993, Bonin became the executive director for the Diving Equipment Manufacturers Association (DEMA). In December 2015, he passed away at 85 years old. He is remembered by his wife, Celeste, and their four children and six grandchildren.