VA scientist first to show viruses can cause cancer 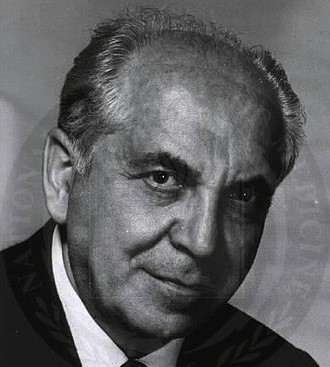 Longtime VA scientist Dr. Ludwig Gross was one of the great pioneers of cancer research and the father of modern retrovirology.

Gross, who served in the U.S. Army Medical Corps during World War II, discovered the first two mammalian cancer viruses in the 1950s and was the first scientist to demonstrate that leukemia in mammals was transmitted by a virus. He showed that the murine leukemia virus and the parotid tumor virus could cause cancer when they were injected into lab species.

Both of those viruses are retroviruses. A retrovirus has RNA instead of DNA as its genetic material. The virus that causes AIDS, the human immunodeficiency virus (HIV), is a type of retrovirus.

At first, some scientists questioned his discoveries, thinking it unlikely that viruses could cause a disease as complex as cancer. But other scientists, inspired by his experiments, later reached similar conclusions. After his work was published, more viruses capable of causing solid or blood-born tumors in mice were described by such pioneering scientists as Arnold Graffi, Charlotte Friend and John Moloney.

In 1974, Gross received the prestigious Lasker Award for his discovery of what became known as the Gross mouse leukemia virus. His work in the 1950s, the Lasker Foundation said, opened the field of tumor virology in mammals and “laid the foundation for the subsequent discovery by others of cancer-inducing viruses in animals of various species ranging from rodents to the higher primates.”

The Lasker Foundation also declared: “To Dr. Gross, who opposed the prolonged skepticism accorded his findings with tenacious experimentation and insight, and who succeeded in changing the course of medicine, this 1974 Albert Lasker Basic Medical Research Award is given.”

Gross was born on Sept. 11, 1904, in Krakow, Poland, to a prominent Jewish family. He became interested in medicine from an early age and studied toward a degree in medicine at Jagiellonian University in Krakow. He later trained in internal medicine at St. Lazar General Hospital, also in Krakow, in the early 1930s. Shortly after the Nazi invasion of Poland in 1940, he escaped occupied Poland and traveled to the United States, where he studied tumor immunology at Christ Hospital in Cincinnati and enlisted as a captain in the U.S. Army Medical Corps during World War II.

By the end of war, Gross had been assigned to the Veterans hospital in the Bronx, New York. He remained there after leaving the service and became the chief of cancer research in 1946.

According to a biography of Gross written by Dr. Robert C. Gallo for the National Academy of Sciences, Gross made his big breakthrough in 1951 as a result of attending a lecture on a virus that could only infect suckling mice. Gallo, co-founder of the Institute of Human Virology, gained fame in 1984 when he co-discovered HIV as the cause of AIDS.

When Gross returned to his lab and tried his filtered extracts on suckling mice instead of the adult mice he had been using, Gallo wrote, he succeeded in transmitting leukemia. This marked the first demonstration of virally transmissible leukemia in mammals, according to Gallo. Leukemia is a progressive disease in which bone marrow and other blood-forming organs produce increased numbers of abnormal cells. Those cells suppress the production of normal blood cells, leading to anemia and other symptoms.

“This was far from generally accepted,” Gallo wrote. “But [Gross] did find some support from fellow researchers, most critically Albert Sabin, a fellow Polish Jew who would go on to develop the oral vaccination for polio. Eventually, the virus, called Gross Passage A, was available to be shipped to other researchers. This virus, which became known as the Gross leukemia virus, was the first mammalian retrovirus to be discovered. Its discovery inspired other researchers to identify many other mammalian retroviruses, many of which were expressed as leukemias, lymphomas or sarcomas in their respective host species.”

Eventually, Gross accumulated sufficient data in his study of viruses to write an extensive monograph—Oncogenic Viruses—the first history of tumor virology. Published in 1970, it became a standard reference book and marked the emergence of tumor virology as a distinct, legitimate field of study. It is considered a leading source book for early work in the discovery of cancer-causing viruses.

In 1999, Gross died of stomach cancer at the age of 94. The National Library of Medicine maintains a collection of his personal papers.

Click here to read the series VA Researchers Who Served.