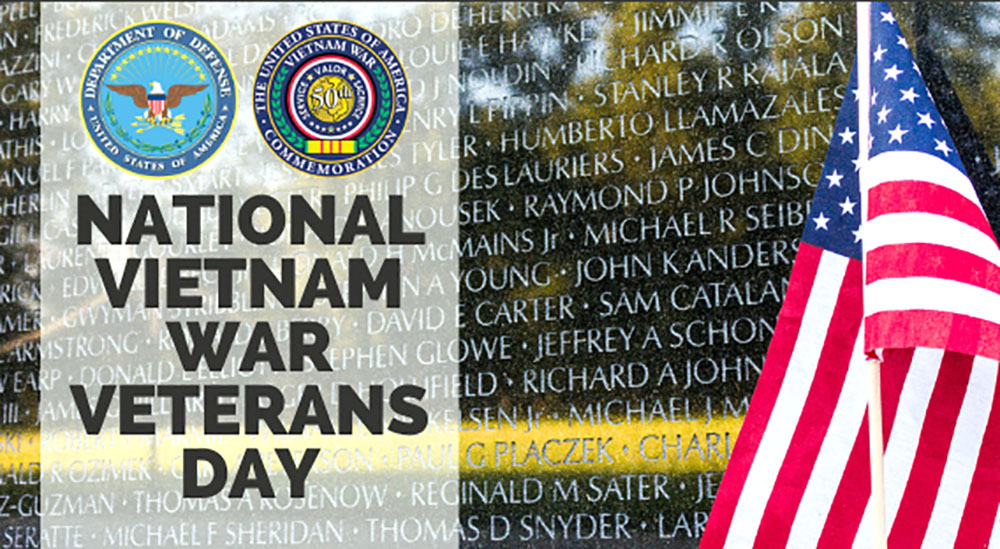 VA is privileged to honor Vietnam Veterans and their families for their service and sacrifice.

We will never again confuse personal disapproval of war with prejudice against those who honorably wear the uniform of our Armed Forces.

Our nation pledges our enduring respect, our continuing care, and our everlasting commitment to all Vietnam Veterans.

March 29, 1973, the last U.S. combat troops departed Vietnam. It was also the day Hanoi released the last of its acknowledged prisoners of war.

Our national commemoration honors everyone who served on active duty in the U.S. Armed Forces from November 1, 1955, to May 15, 1975. No distinction is being made between Veterans who served in-country, in-theater, or who were stationed elsewhere during the Vietnam War period.

Everyone who served deserves our thanks

All were called to serve, none could self-determine where they were stationed, and all were seen in the same way by a country that could not separate the war from the warrior. Each person who served during this period earned and rightly deserves our profound thanks.

VA facilities across the country are holding special ceremonies to mark the day. Just a few:

By Hans Petersen is senior writer/editor for Digital Media, VHA Office of Communications. An Air Force Veteran, Hans also served two years in the Peace Corps and worked for 20 years in broadcasting before joining VA.