A sense of pride – Vietnam Veteran recognized for war service 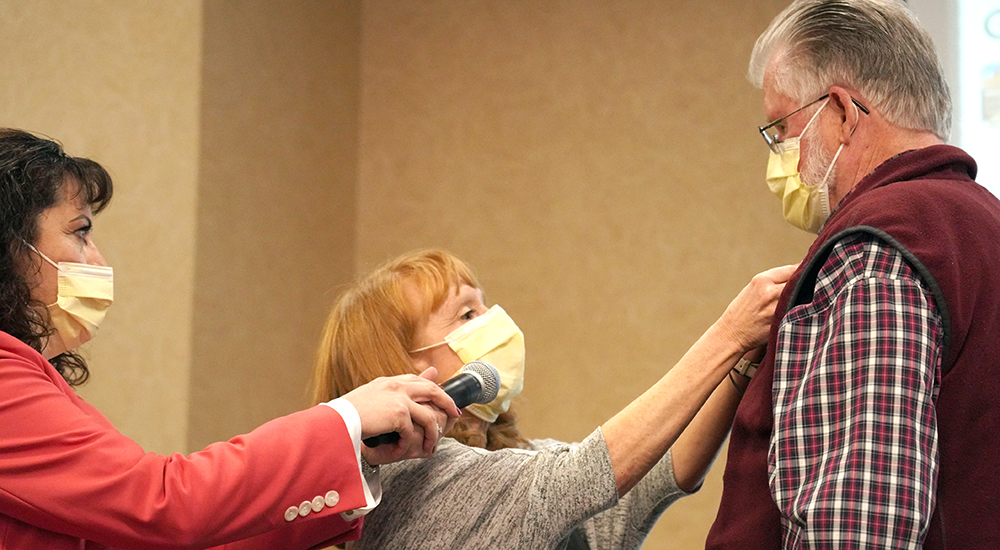 On March 16, 2022, a Vietnam Veteran who receives care at Harry S. Truman VA in Columbia, Missouri, was the focus of a special presentation.

Missouri’s Veteran recognition program was created in 2000. Its purpose is to honor qualifying Missouri Veterans by recognizing their service during either WWII, the Korean War, the Vietnam War, Operation Desert Shield/Storm, Operation Iraqi Freedom and Operation New Dawn.

Did not reveal he was a Vietnam Veteran

Before the training session began, Luebbert addressed Truman VA staff by sharing his story. He served in the Army from 1968 to 1971 with a one-year tour in Long Binh, Vietnam. While in country, he served as a wheeled and tracked vehicle mechanic.

Following his return from Vietnam, Luebbert served in the Army National Guard from 1973 until he retired in 2004 as a Chief Warrant Officer 4 and supervisor of his unit’s maintenance shop.

Throughout his post-Vietnam military service, he did not discuss the fact that he was a Vietnam War Veteran based on the poor treatment he and many others received when they returned from that conflict.

For Luebbert, the turning point in how he viewed his service in Vietnam began in 2012 when he started receiving his medical care at Truman VA’s Jefferson City community-based outpatient clinic. Through his interactions with staff, he began to feel a sense of pride in his Vietnam War service.

“VA staff are my family and friends”

He eventually participated in a Central Missouri Honor Flight in 2019. More recently, he applied for Missouri’s Veteran recognition program.

“I could have received this medal anywhere, including the State Capitol,” Luebbert said. “However, I wanted to receive it with my family and friends which is how I view the staff at Truman VA. My care is absolutely excellent. It’s better than any civilian place I’ve ever been. You get in on time and you all take care of me. Every single time. You are very professional people.”

By Jeff Hoelscher is a public affairs officer at the Harry S. Truman Memorial VA