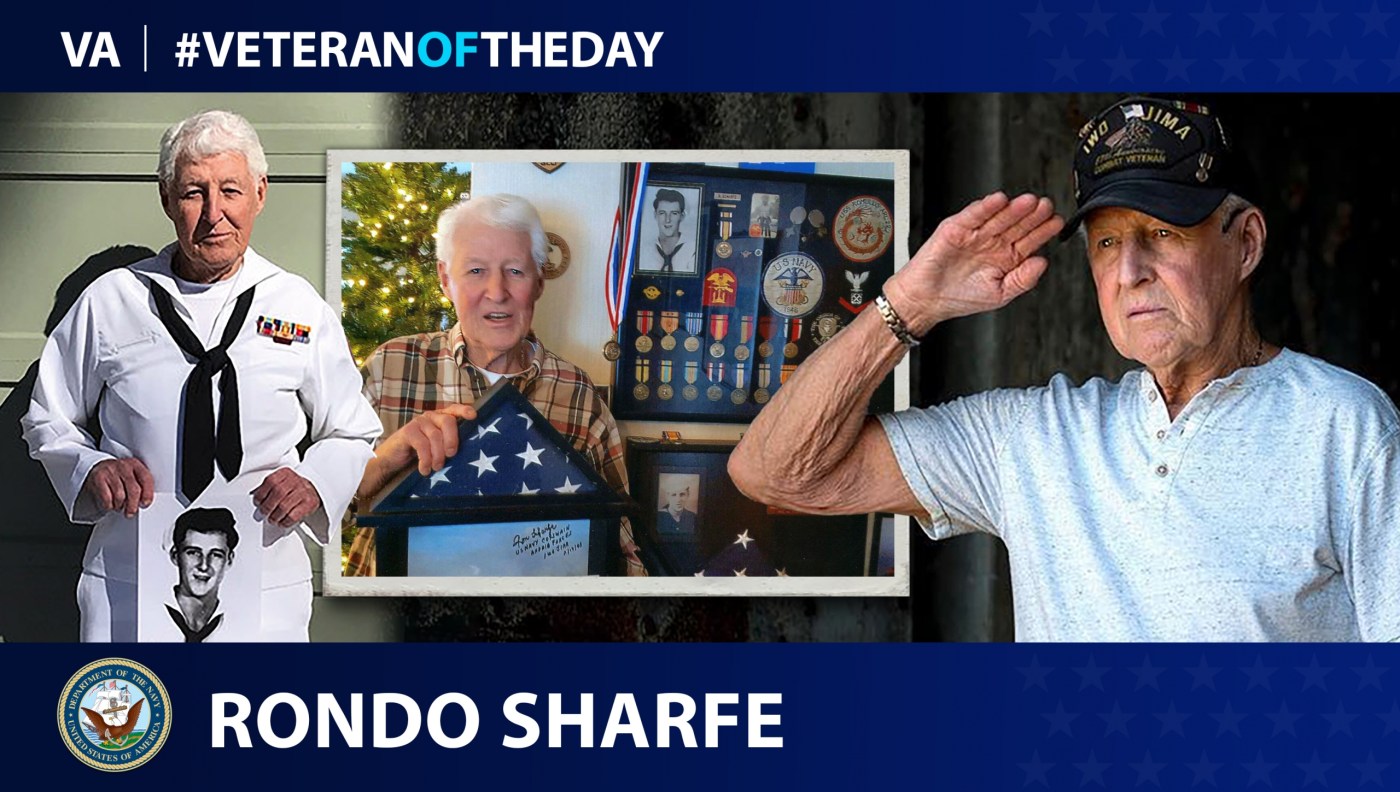 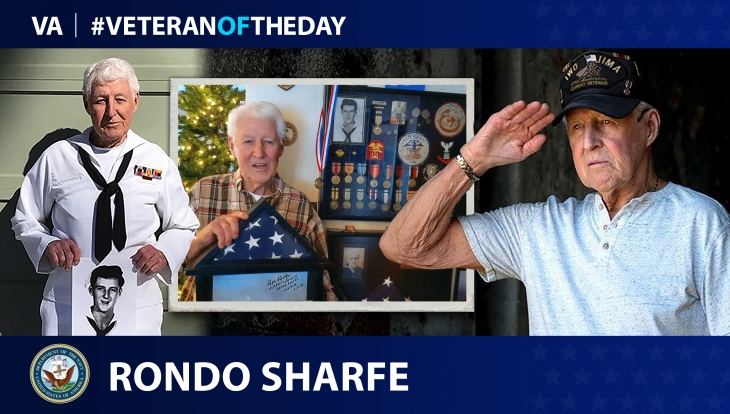 Ron “Rondo” Sharfe was born in Chicago, Illinois, in 1929. At the age of 16, he attempted to enlist in the Navy by using bleach to alter his age on his birth certificate. However, the recruiter saw through his craftiness and told him to come back in two years.  Not discouraged by this, Sharfe used a forged baptismal certificate to join the Navy after convincing his parents that he would not be sent into overseas combat until he turned 18.

Once Sharfe was allowed to enlist, he completed amphibious training and began serving as a coxswain on Higgins boats in different battles throughout the Pacific Theater. As a coxswain, Sharfe’s responsibilities were operating and maneuvering landing crafts.

His first experience with combat was at the young age of 16, at the Battle of Iwo Jima. His boat, carrying 36 Marines, capsized before reaching the beach. Due to the impact, Sharfe sustained severe injuries, including lost teeth and a cracked sternum. He was pulled ashore by one of the Marines and took cover on the beach until he was rescued after the battle. Only 17 Marines from his boat survived the battle.

Sharfe re-entered combat two days later, this time helping with supply convoys. While on the island, Sharfe witnessed the raising of the U.S. flag on Mt. Suribachi. In an interview for the American Veterans Center’s “Veterans Chronicles” podcast, Sharfe reflected on his feelings about witnessing the iconic moment. “It was pretty chilling, you know… you really felt jubilant about it.”

Sharfe’s final combat experience took place two weeks later at the Battle of Okinawa, where he again served as a coxswain and later, a supply organizer.

Sharfe returned to his home in Chicago to recover from the various injuries he had sustained in battle. After a few years, he joined the Chicago Fire Department as a fireman. He served as a fireman for 22 years before moving to Missoula, Montana, where he currently resides with his wife, Mary Jean Sharfe, and three daughters.