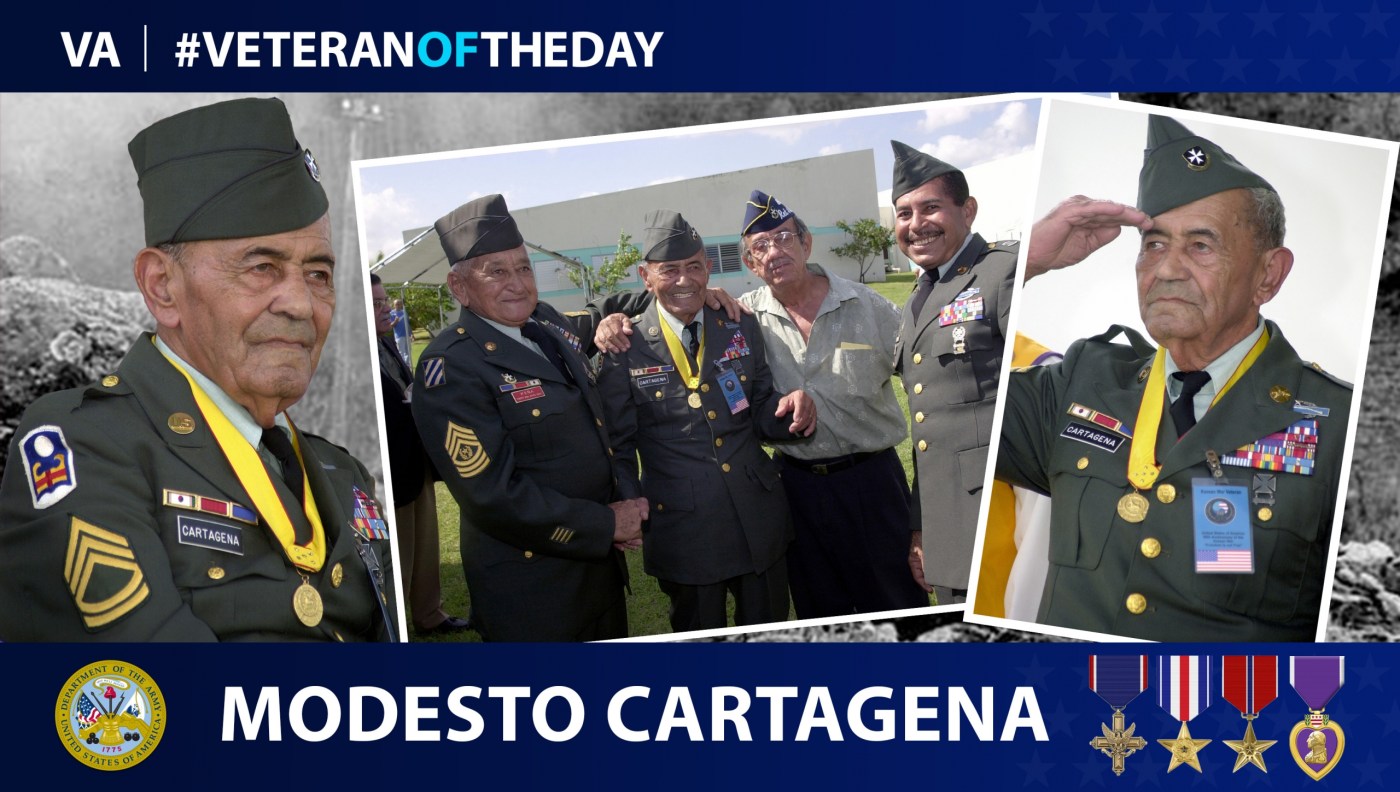 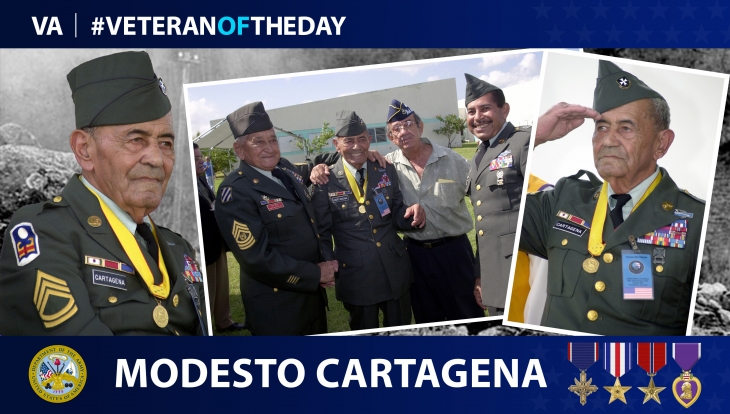 Modesto Cartagena de Jesús was born in Cayey, Puerto Rico, to a poor family. He enlisted in the Army in 1941 after the start of World War II and was assigned to the 65th Infantry Regiment, a segregated unit of Puerto Ricans commanded by white officers. The unit was nicknamed the “Borinqueneers.”

Cartagena’s unit initially deployed to Panama in 1943 to guard the Panama Canal before deploying to North Africa in April 1944. However, in September of that year, the unit was sent to Italy, where Cartagena experienced his first time in combat. He fought in several European campaigns before the end of the war.

Cartagena was awarded a Bronze Star for his service in World War II. He was honorably discharged in October 1945 and returned to Puerto Rico.

However, Cartagena did not stay out for long. He reenlisted in 1950 at the start of the Korean War. At this time, he was given the rank of sergeant and rejoined the 65th Infantry Regiment, where he was assigned to the 3rd Infantry Division.

Cartagena and his unit fought a rearguard action, enabling U.S. Marine forces to withdraw from the Chosin Reservoir after China’s alliance with North Korea and entrance into the war. The unit was awarded a Navy Unit Commendation for this action.

The unit continued to fight across the Korean peninsula, and in April 1951, Cartagena and his fellow soldiers were part of counteroffensives near Yonch’on, North Korea. When the rest of his unit was pinned down, Cartagena charged the enemy positions on his own, managing to destroy at least three of them with grenades and automatic weapons and saving the lives of many men in his unit. He was given the nickname “One Man Army” and awarded a Distinguished Service Cross for his actions.

Cartagena then spent 60 days in the hospital before returning to duty and continuing to serve until his retirement in 1971. Even after retirement, he remained involved with the 65th Infantry.

Cartagena died in March 2010 and is buried in the Puerto Rico National Cemetery.