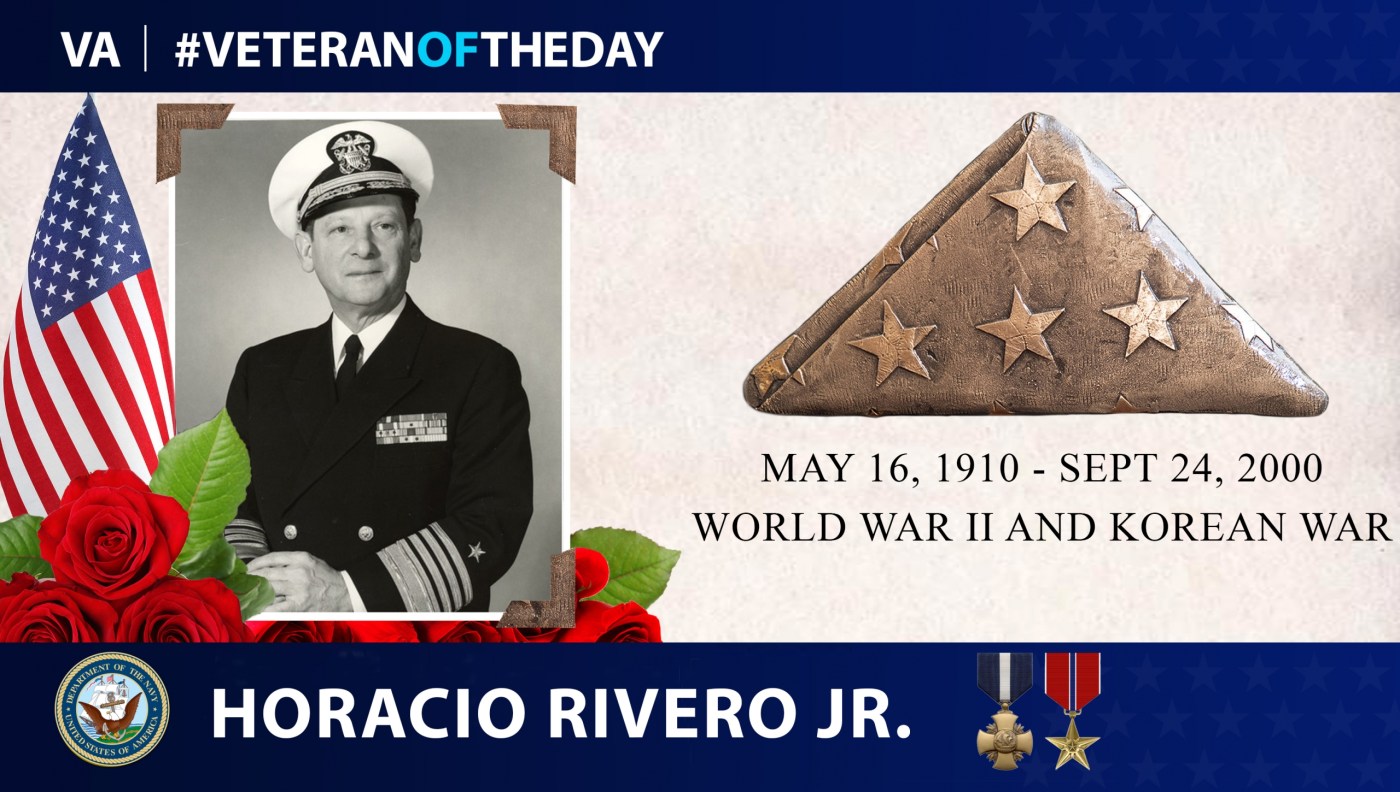 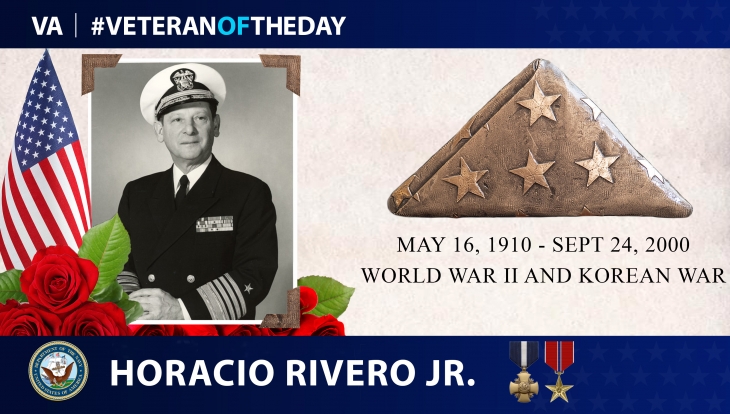 Horacio Rivero Jr. was born in May 1910 in Puerto Rico. After graduating high school, he attended the U.S. Naval Academy in Annapolis by appointment. He graduated third in his class in 1931, and subsequently served on various navy vessels, including USS Northampton, Chicago, New Mexico and California, while working in the gunnery and communications departments.

After the United States entered World War II, Rivero was assigned to USS San Juan. Aboard this ship, he served during key battles in the Pacific. He received a Bronze Star for his service in the Battle of Guadalcanal for helping provide key supporting fire for Marines landing onshore.

Rivero also took part in the Battle of Santa Cruz, and in operations in the Solomon Islands and the Gilbert Islands. In 1945, he was onboard USS Pittsburgh when the ship was severely damaged by a typhoon. He managed to safely guide the ship back to port, despite the bow of the ship being “snapped off,” according to the Navy. He received a Legion of Merit for his efforts.

After World War II, Rivero continued to rise in the ranks. In 1951, he was given command of USS Noble to transport Marines who were conducting the amphibious invasion of Inchon in Korea. He was promoted to rear admiral in 1955, and during the Cuban Missile Crisis in 1962, he was in command of the Atlantic Fleet Amphibious Forces. He received a Gold Star for his service during the crisis. He was appointed vice chief of naval operations two years later and would oversee naval operations during the Vietnam War. Rivero would also serve as head of NATO Allied Forces in Southern Europe in 1968.

Rivero retired in June 1972 with an array of medals, including a Distinguished Service Medal, a Legion of Merit and a Bronze Star. He died in September 2000 and is buried at Fort Rosecrans National Cemetery in San Diego, California.