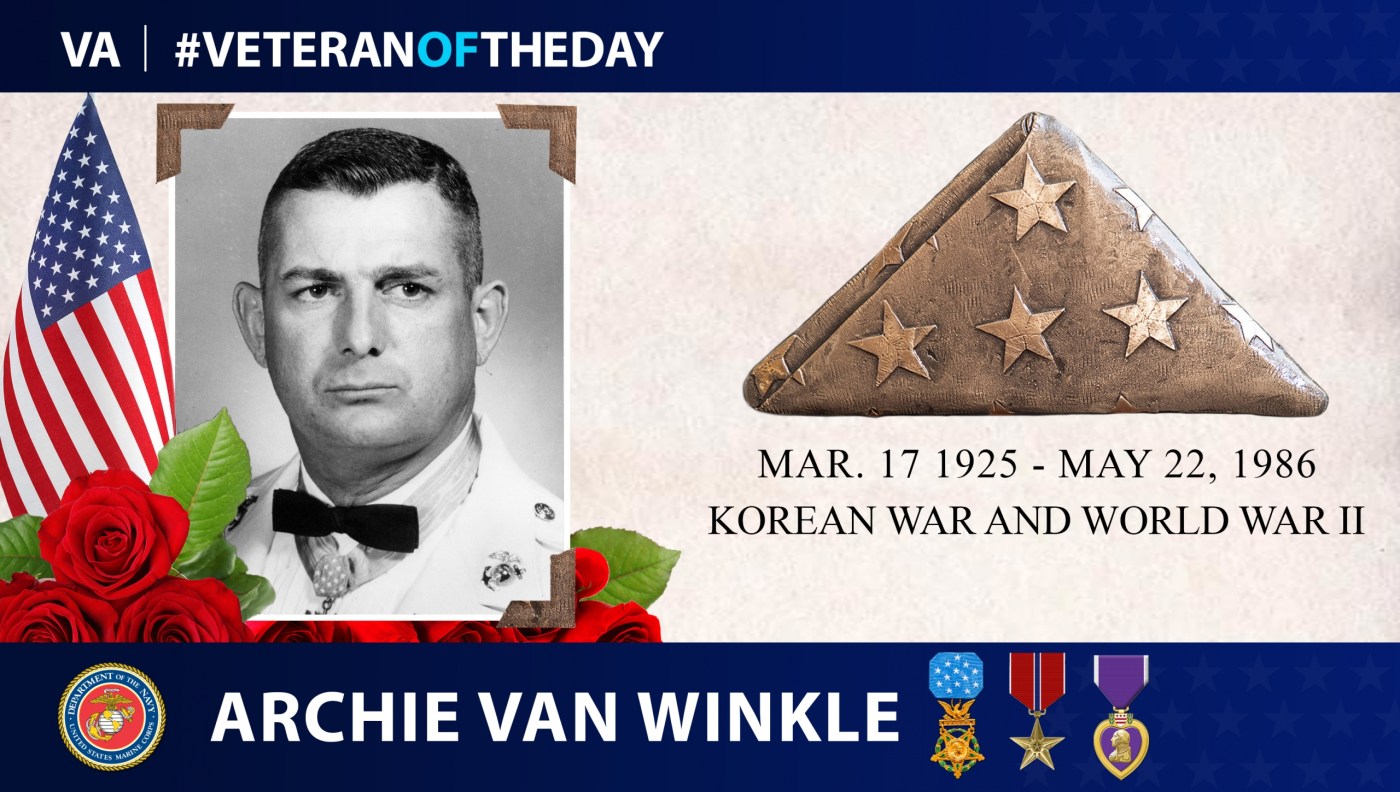 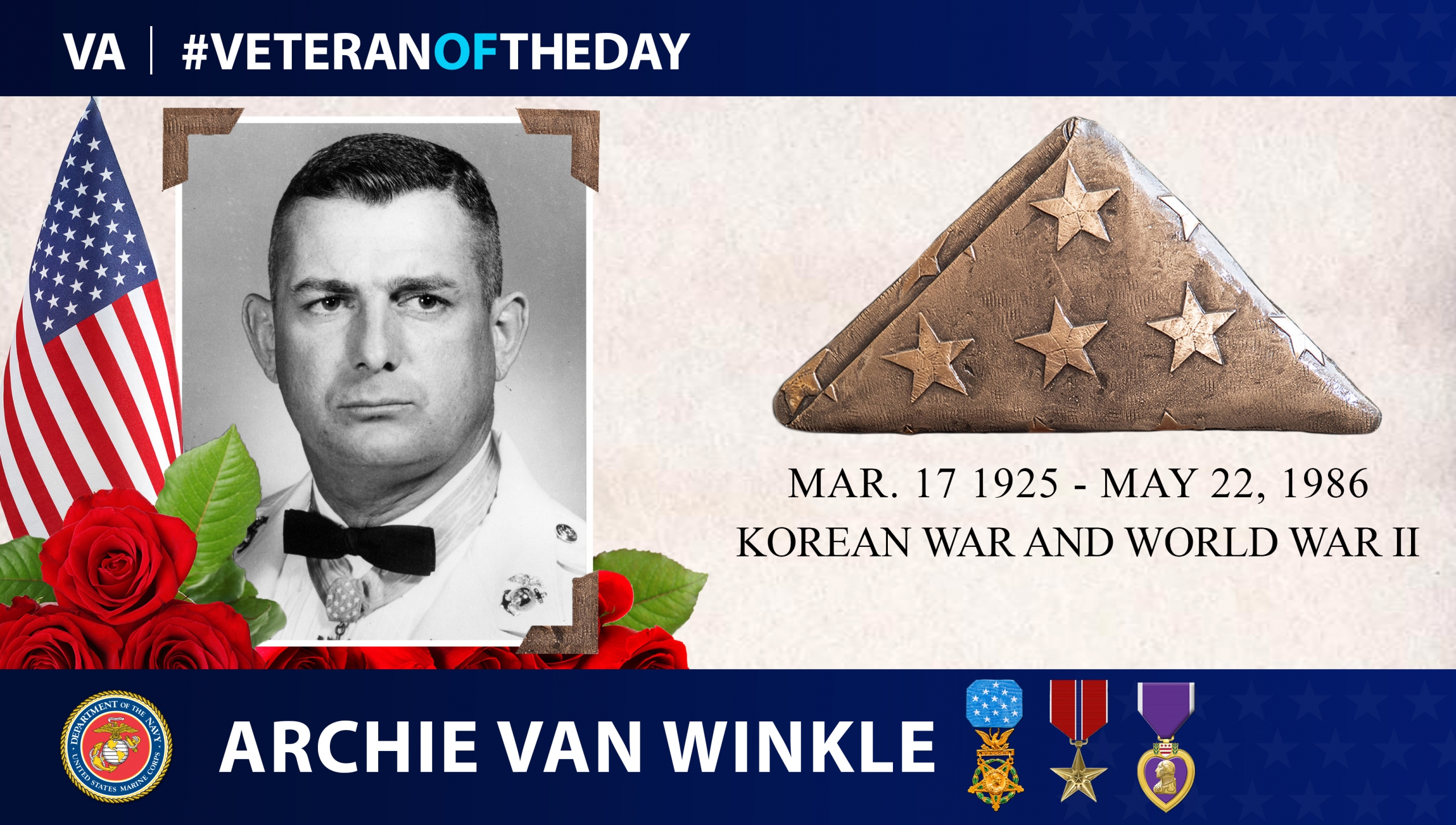 Archie Van Winkle was a Veteran whose service with the Marines during the Korean War – often called the “Forgotten War” –earned him a Medal of Honor.

Van Winkle was born in Juneau, Alaska, but grew up and attended high school in Washington. He was the captain of his high school’s boxing and football teams, and played baseball and basketball. He then attended the University of Washington, majoring in physical education, but left to join the Marines at the end of 1942. He spent three years as a radioman, gunner and mechanic during World War II. Then, he continued his education at Everett Junior College in 1945 after being honorably discharged. He transferred back to the University of Washington, and three years later, he reenlisted in the Marine Corps.

In August 1950, Van Winkle’s battalion was sent to Camp Pendleton, California, and then to Korea. In November of the same year, he was wounded in combat as an infantry platoon sergeant in an action that earned him the Medal of Honor. His Medal of Honor citation states that he “…boldly spearheaded a determined attack through withering fire against hostile frontal positions and, though he and all the others who charged with him were wounded, succeeded in enabling his platoon to gain the fire superiority and the opportunity to reorganize,” and that despite being “…wounded a second time when a direct hit in the chest from a hostile hand grenade caused serious and painful wounds, he staunchly refused evacuation and continued to shout orders and words of encouragement to his depleted and battered platoon.”

Van Winkle was released from active duty in 1951 but was recalled in 1952. He subsequently attended The Basic School at Marine Corps Schools, Quantico, Virginia. He was promoted to captain at the end of 1954. From 1955 to 1958, he served as the assistant officer in charge of the Marine Corps Recruiting Station in Indianapolis, Indiana. In May 1958, he was named commanding officer of the Marine Detachment aboard USS Newport News, where he served for two years. He received a Bachelor of Arts in History from the University of Washington in June 1961 and was then transferred to Hawaii to serve as a company commander.

In 1962, Van Winkle became the director of the 1st Marine Brigade Schools and established a Brigade Guerrilla Warfare School. He was promoted to major in August of that same year and later to lieutenant colonel in 1967. He served in the Vietnam War from August 1967 to September 1968.

Van Winkle died in 1986, and his ashes were scattered at sea. A memorial dedicated to him is located in Sitka National Cemetery in Juneau, Alaska.