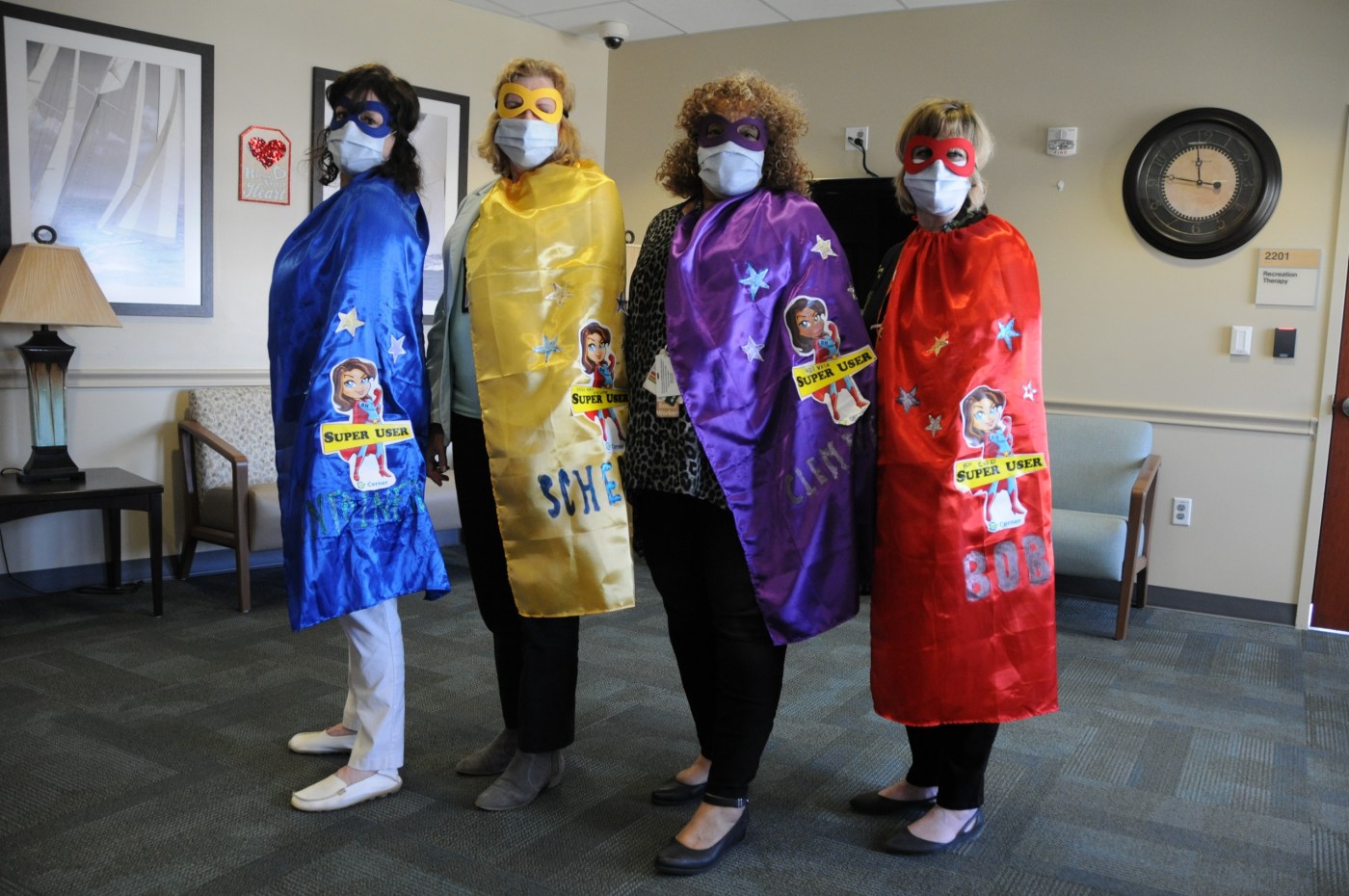 Service managers have donned superhero capes – a reference to the advanced super-user training they completed ahead of the system’s March 26 launch at the Washington state facility.

“The capes are something to show people we are being positive, so staff can see we are committed and being a positive part of the change,” said Bobi Goodson, the local chief of the Behavioral Health Service.

Nearly all of Goodson’s managers attended super-user training, which is where Antoinette McPherson-Charles, the manager of psychology, came up with the idea of the capes. She surprised her co-workers, and the capes quickly became a symbol of perseverance, as the staff transitioned away from the EHR system VA had used for decades. The new system will ultimately serve all VA facilities and more than 9 million Veterans.

The transition is going well, Goodson said, but it is a daunting challenge – one best handled in a superhero cape.

Goodson and her team are quickly getting used to the new system, thanks to training and onsite support during go-live, she said.

“The Cerner folks who have been helping are amazing,” she added. “They have been moving room to room. When we have issues, we would listen to staff and Cerner would help us with the language for [support] tickets. We would watch those tickets move to resolution.”

The transition hasn’t been without its challenges, however. The new EHR will require some give and take from Behavioral Health Service staff to fully adapt their workflow to the system.

“Some things Cerner has to change for us, and we have to change some things for Cerner,” she said.

Goodson remains optimistic, saying she has seen firsthand a non-VA hospital undergo a similar transition. At first, their workflows slowed, there was confusion, and frustration among nurses was rampant. But within six months, Goodson said those same nurses were moving quickly, effectively and without complaint.

Goodson’s ultimate goal is for her staff to “get past all this newness” so the system becomes the new norm.

As that begins to happen, she hopes to help other VA facilities transitioning to the new EHR system by sharing her knowledge.

“We spent days at Mann-Grandstaff and learned what we needed to change,” Goodson said. “Some things have changed. Others haven’t, but need to. It is in the works. It played a part in what we are asking for, what has worked and what has not. So, I’m paying it forward.”

For example, the manager of psychology services from Roseburg VA Medical Center in Oregon spent nearly a week at the beginning of the EHR system’s launch in Walla Walla visiting Goodson’s staff and observing.

Goodson’s top advice for other VA facilities preparing for the new system? “Don’t take your training for granted. Do your training, ask questions, get in the sandbox and get familiar. That’s going to save a lot of time when you go live.”

By Submitted by staff from VA's EHRM Integration Office