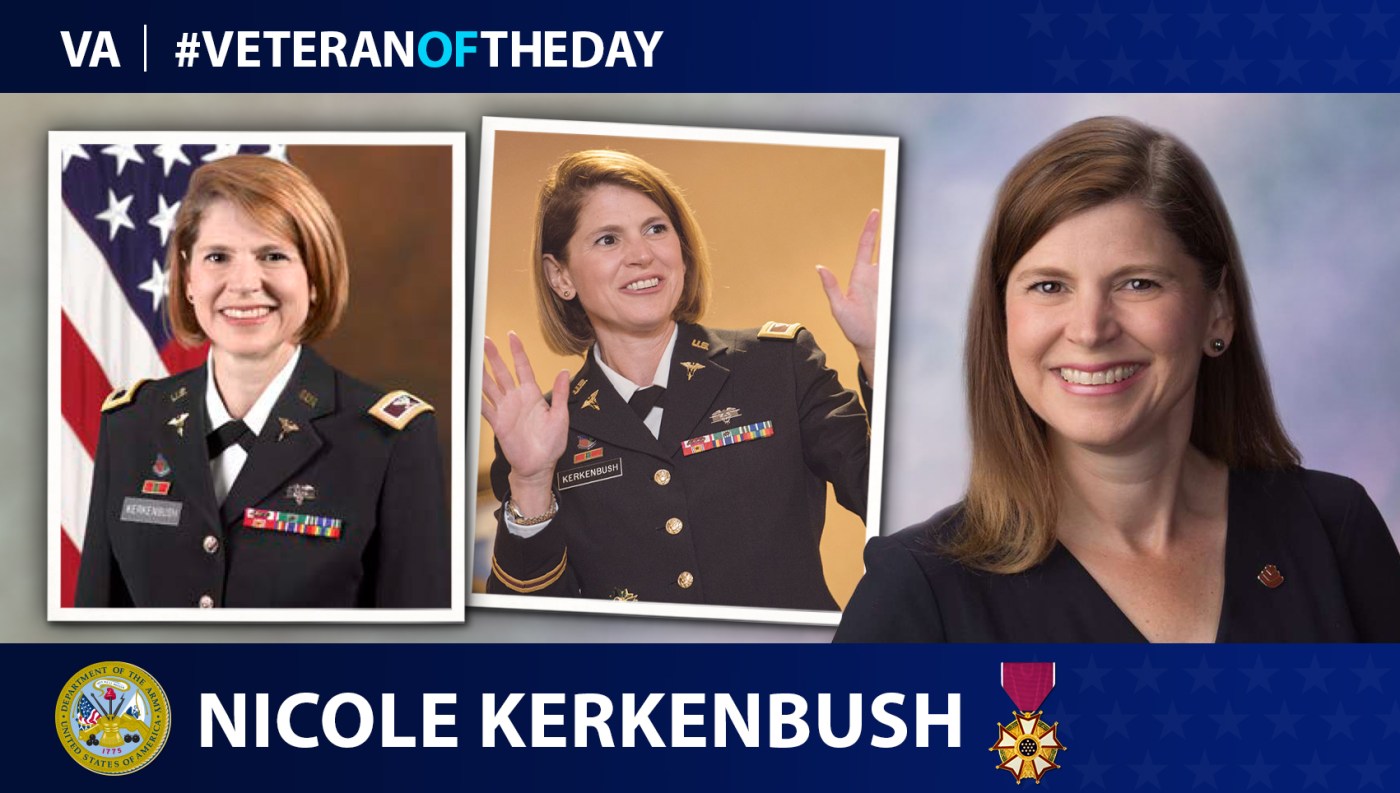 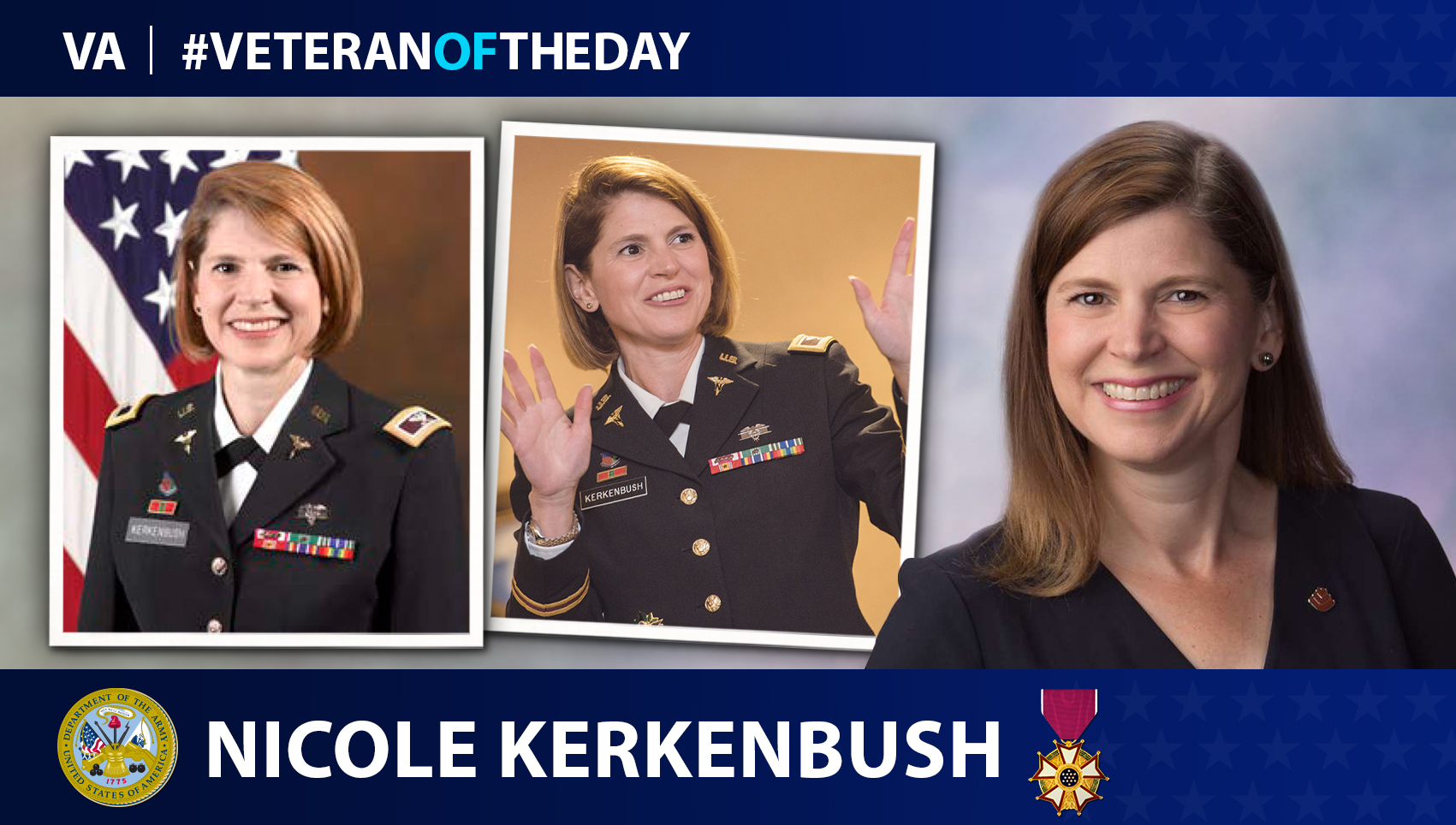 Army Veteran Nicole Kerkenbush is today’s Veteran of the Day.

Nicole Kerkenbush joined the Reserve Officers’ Training Corps at Texas Christian University to earn a physical fitness credit, which the university required. However, she completed the program and eventually earned an officer’s commission. She graduated in 1992 with a Bachelor of Science in Nursing and later earned two masters degrees from the University of Washington – one in nursing and the other in healthcare administration.

Kerkenbush first worked as a nursing performance improvement coordinator at the Darnall Army Community Hospital at Fort Hood in Texas. She then became an ROTC brigade nurse counselor at Fort Lewis in Washington.

Kerkenbush moved to San Antonio, Texas, where she served as the nursing clinical officer in charge of the orthopedic unit at Brooke Army Medical Center. She remained in San Antonio and worked as a chief medical information officer at the Great Plains Regional Medical Command.

Kerkenbush was promoted to colonel in September 2013, and her final assignment in the military was as the deputy program executive officer at the Department of Defense Healthcare Management Systems Program Executive Office in Rosslyn, Virginia. She held this role from May 2014 to July 2016. Kerkenbush retired in September 2016 after 24 years of service. During her career, she was awarded a Defense Superior Service Medal, a Legion of Merit and a Meritorious Service Medal.