Veterans in their 80s stay active with home exercise program 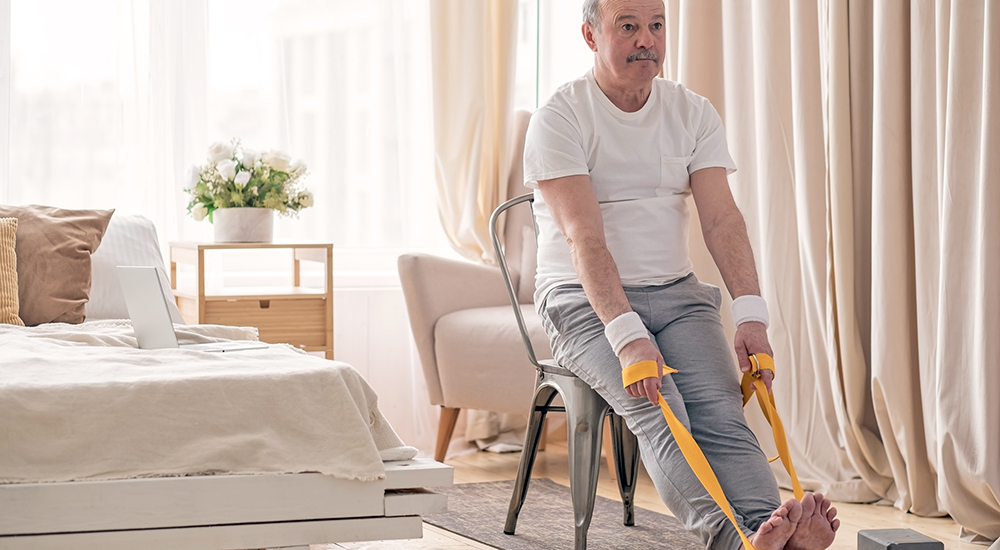 VA Geriatric Scholar Aaron Sampson and colleagues from the Greenville VA Health Care Center launched a home exercise program that combines strength-based training with education on the benefits of physical activity to improve quality of life for older Veterans.

Sampson is part of a multidisciplinary team caring for home-bound Veterans living in eastern North Carolina. An occupational therapist, Sampson focuses on older Veterans’ well-being, including regular exercise that may reduce falls risk and support everyday activities like climbing stairs or getting out of a chair.

When he noticed patients were having difficulty sustaining their exercise routine, he developed a 4-month home exercise program that included a simple exercise, the 30 Second Chair Stand. It tests the number of times someone can stand from sitting in 30 seconds. Medical staff also use it to assess lower body strength and falls risk. 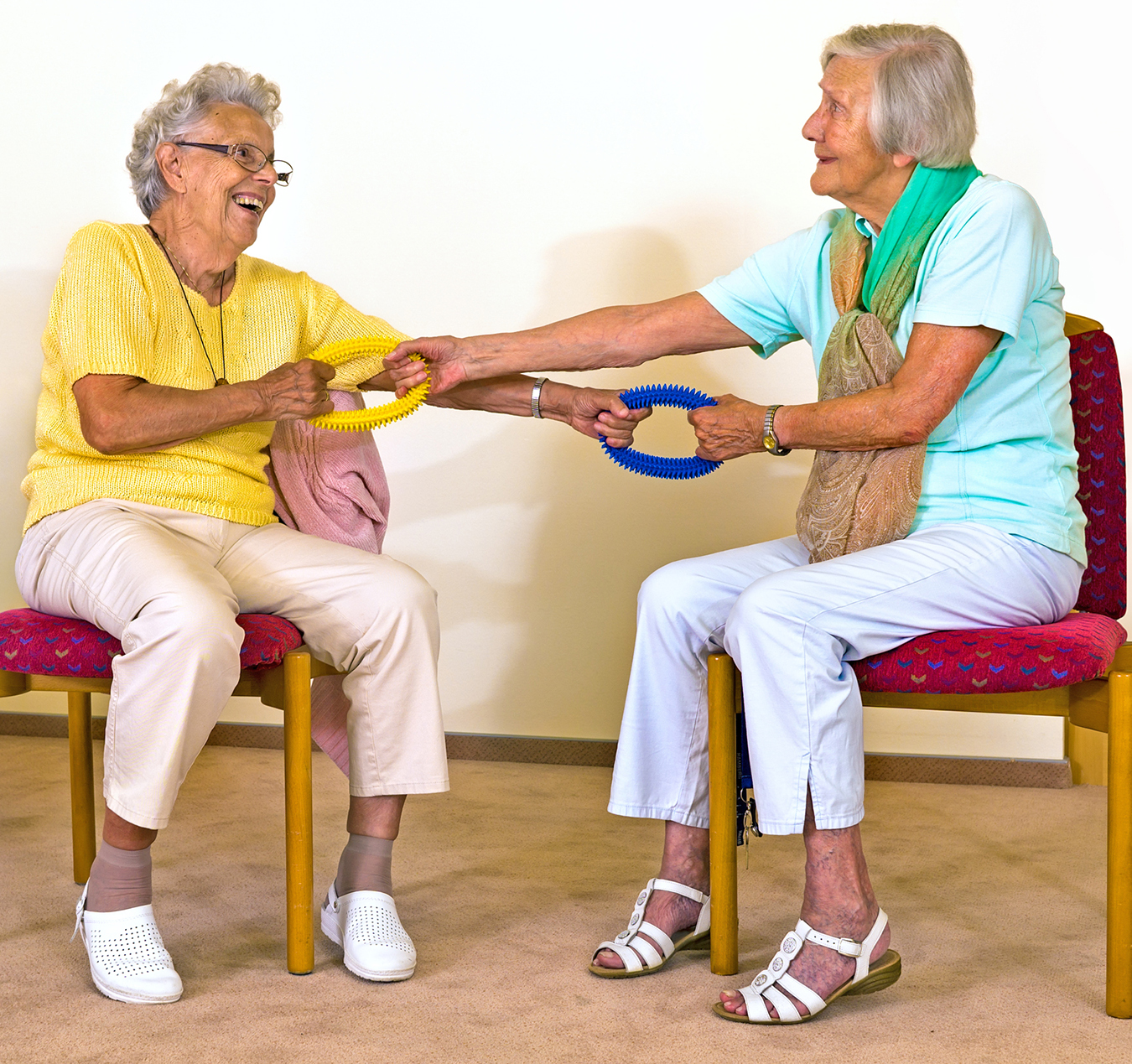 “The exercise program works. The longer they do it, the better off they are.”

Educating Veterans about the need to exercise

On average, participants increased the frequency of completing their exercise program to almost four days a week from just one day a week. In addition to exercising more consistently, participants’ strength improved. Change in strength was measured using the 30-second chair stand. At the end of four weeks, the average number of completed chair stands increased by over 23%.

Education was a key component of the project. “These Veterans have been through exercise programs in the past. But they did not understand the reasons for exercise,” said Sampson. “I explained that the leg muscles that lift your body weight up have to be worked every day for you to be able to walk, go to the bathroom and get out of the house. They were able to understand there is a purpose to it. “

Where possible, caregivers and family members were involved. “I started enrolling the family to participate. That way, they could easily supervise when I’m not there. And they did.”

Sampson’s colleagues were fully engaged in the project. “Every time a team member went to see a Veteran, they asked the same standardized questions, ‘Have you done your exercises? How often did you do them last week?’ That became a central point for every visit. I give credit to the team approach,” added Sampson.

Army Veteran Herbert Evans, 80, maintained his exercise routine after completing the program, saying, “I like it. I just keep on going. It makes my legs stronger. It makes me able to get up out of the chair better.”

In addition to increasing the number of chair stands, Evans, who served from 1961 to 1973, uses resistance bands to strengthen his legs. “When I’m sitting watching TV, I grab the stretchy band and do some exercises.”

For Veteran James Reid, 86, exercise has been a lifelong passion. “I always liked to move. I used to walk at least 10 miles a day and I did it for years,” said Reid, whose military service spanned nine years, first as a Marine during the Vietnam War and later with the Navy.

He exercises daily since completing the program. “I do those exercises now big time because it’s making a difference in this Parkinson’s disease that I have.”

He credits the home exercise program for maintaining his mobility. “Aaron had me doing things I had never done before. He was good at making me understand what he was trying to do. If I had not had him show me how to do these things, I would have been in a wheelchair.”

Sampson reflected on the program’s impact on older Veterans. “We know the exercise program works. You can see the internal clock is beginning to click on its own. The longer they do it, the better off they are.”

Sampson’s project was inspired by and developed as part of his engagement in the VA Geriatric Scholars Program Quality Improvement Workshop and Practicum.

The Geriatric Scholars Program is a national workforce development program that trains primary care providers in geriatric medicine and teaches fundamental skills in quality improvement based on the IHI Model for Improvement and the Plan-Do-Study-Act cycle.

Since completing the project, Sampson has a new role as a Clinical Assessor with the Program of Comprehensive Assistance for Family Caregivers at the Durham VA Medical Center.