Setting the “pace” with leadless pacemaker 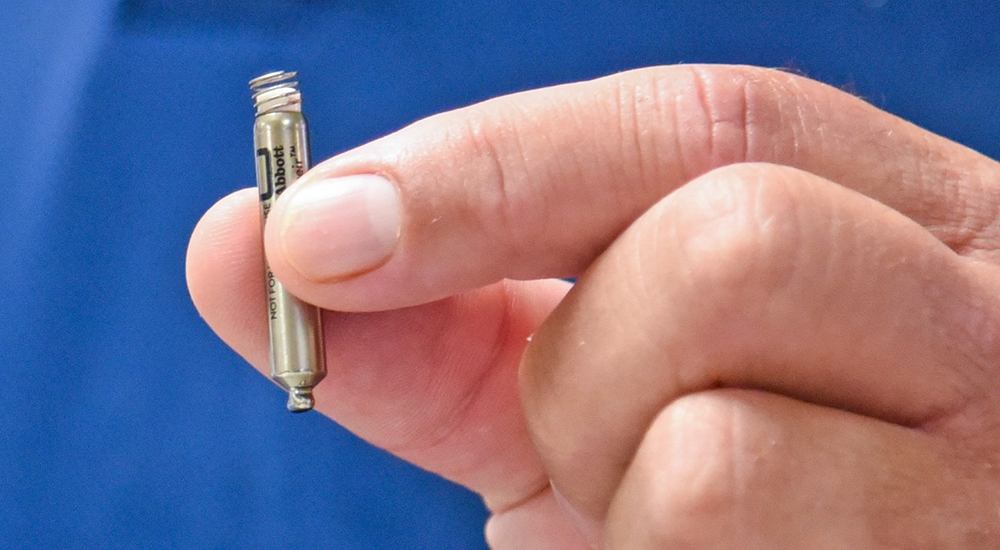 Cardiologists at the Michael E. DeBakey VA Medical Center in Houston are using new technology to improve the lives of their Veteran patients.  Robert Eikey, a Coast Guard Veteran from Spring, Texas, was recently the first patient in Texas to receive a new leadless pacemaker implant designed to regulate his heart.

After his procedure, he was discharged the next day and says he is already feeling like a million bucks. “I woke up from the surgery and I felt amazing,” he said. “I’m blown away by how great I feel already.” 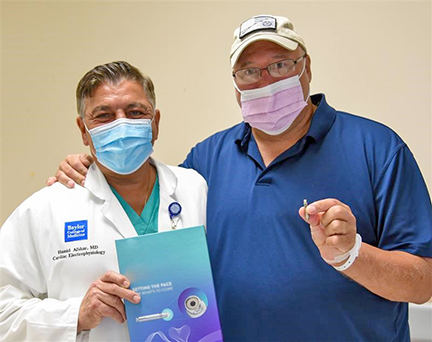 Eikey, 54, a wildlife biologist, is an avid hunter, fisherman and marksmanship competitor who prides himself on never slowing down. “If it swims, I fish for it; if it walks, I hunt for it,” he said. But for 30 years, he has been fighting a health issue that caused him to periodically experience dizziness resulting in several unexpected blackouts.

Over the years, Eikey sought help from medical professionals in Pennsylvania, Michigan and Louisiana but was unable to get a clear diagnosis of what might be causing the symptoms.

Passed out in hardware store

“I was diagnosed with everything from anxiety to dehydration, but nothing helped,” he said. “It was unnerving knowing that I could pass out at any time without warning.”

After moving to Texas at the beginning of the pandemic, he passed out in a hardware store and sought help from Dr. Hamid Afshar and the cardiology team at the Houston VA. After a thorough series of tests, he was diagnosed with a heart block, which, according to Afshar, occurs when the electrical signals from the top chambers of the heart don’t conduct properly to the bottom chambers.

These abnormal rhythms can cause difficulty breathing, dizziness, fainting or even sudden cardiac death in some instances.   Afshar and the cardiology team identified Eikey as a great candidate for a new recently FDA-approved Aveir VR leadless pacemaker.

Technology is retrievable and upgradeable

“We placed a leadless pacemaker into the right ventricle of Mr. Eikey’s heart in a minimally-invasive procedure that does not require incisions into the chest,” Afshar said. “As a young man, we wanted him to have the latest technology that is designed to be retrievable and upgradeable. We are thrilled with how well the procedure went and the results he is already experiencing.”

The Aveir pacemaker is smaller than a AAA battery and delivers electrical pulses as it detects a slower-than-normal heart rate. It also offers less complications for patients down the road and has an extra-long battery life.

“Our toolbox at the Houston VA is filled with the latest technology, top clinical experts and a strong commitment to finding the medical solution that is right for every Veteran as an individual,” said Dr. Glenn Levine, Houston VA chief of Cardiology and professor of Medicine at Baylor College of Medicine. “We are honored to be able to improve our Veterans’ quality of life while offering them the state-of-the-art health care they deserve.”

Eikey has hit the ground running in the few days since his procedure. He’s already doing chores around the house to help his wife. He says he has been very impressed with the facilities at the Houston VA and especially the medical center’s cardiology team.

“As soon as I met my cardiologists, I knew they were experienced professionals,” he said. “I’m very grateful for the top-notch care I have received at the Houston VA.”

By Maureen Dyman is the communications director at the Michael E. DeBakey VA