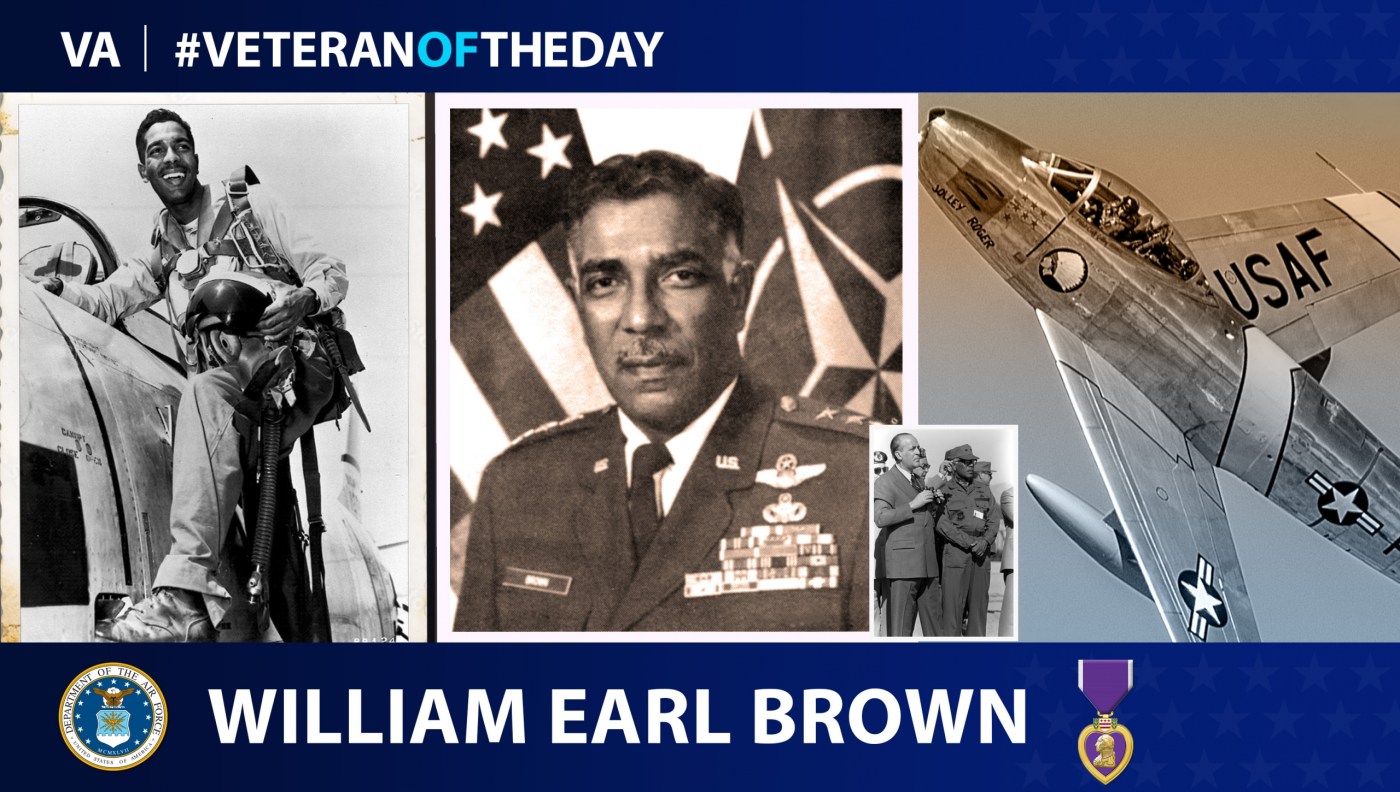 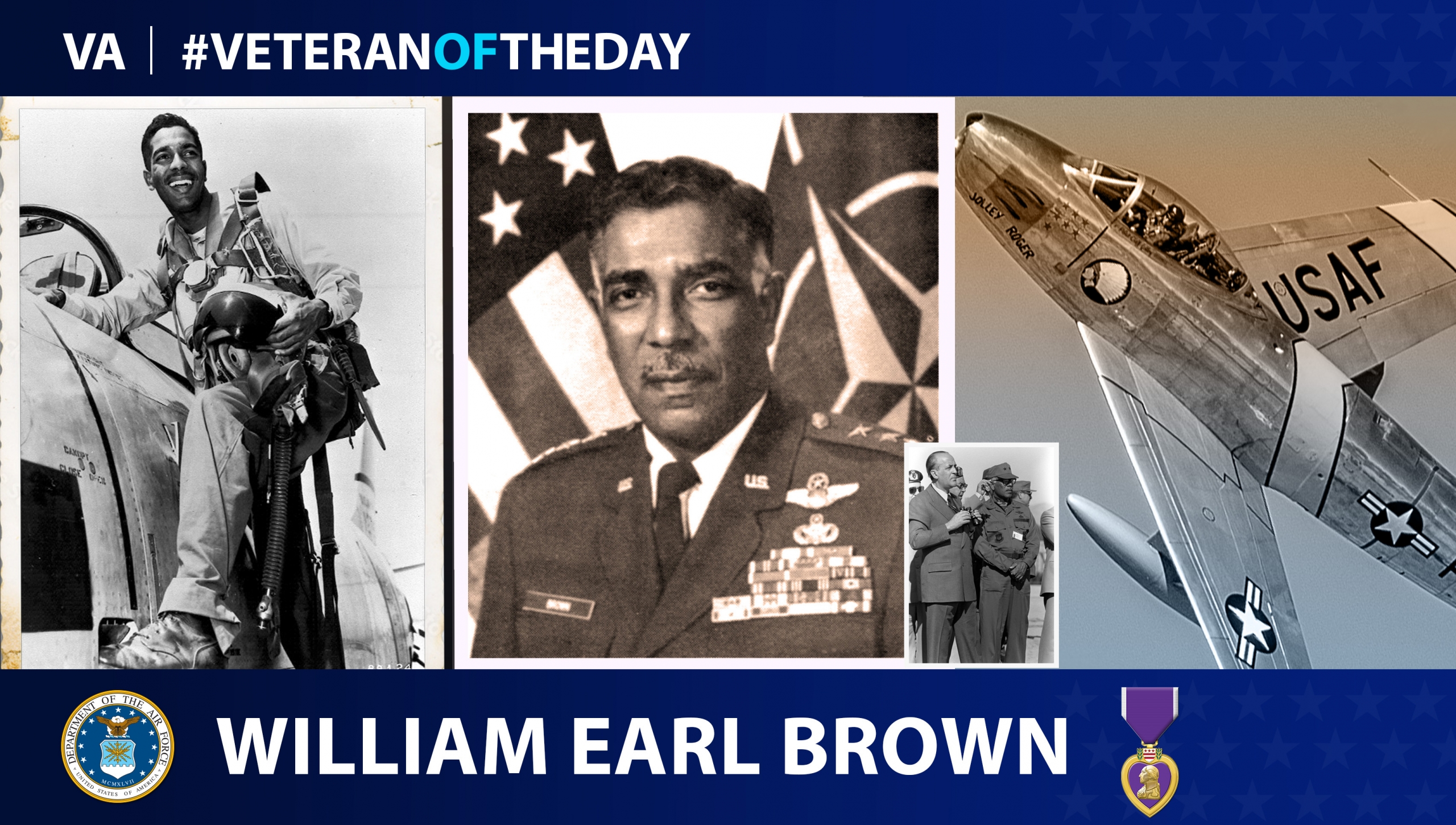 William Earl Brown Jr. was born in December 1927 in the Bronx neighborhood of New York City. He attended Pennsylvania State University and earned a Bachelor of Science in 1949. Brown received his pilot’s wings in 1951 at Craig Air Force Base in Alabama and was commissioned a second lieutenant.

Over his career, Brown achieved over 5,100 flight hours. He flew 125 combat missions while serving in South Korea during the Korean War and flew 100 combat missions over North Vietnam and Laos during the Vietnam War. He flew both F-86 Sabre jets and F-4 Phantoms. He was a member of the 4th Fighter-Interceptor Wing during the Korean War and was stationed at the Ubon Royal Thai Air Force Base between 1966 and 1969. After serving overseas for 12 years, Brown was assigned to the Pentagon in 1971. There, he worked as the special assistant to the assistant secretary of defense in the Department of Defense Manpower and Reserve Affairs Office.

Brown in died 2020, at 92. He was living in Potomac Falls, Virginia. He is remembered by his wife, Gloria; their three children, Nancy, Lou and Bill; and his grandchildren, Ally, Logan and Cody.