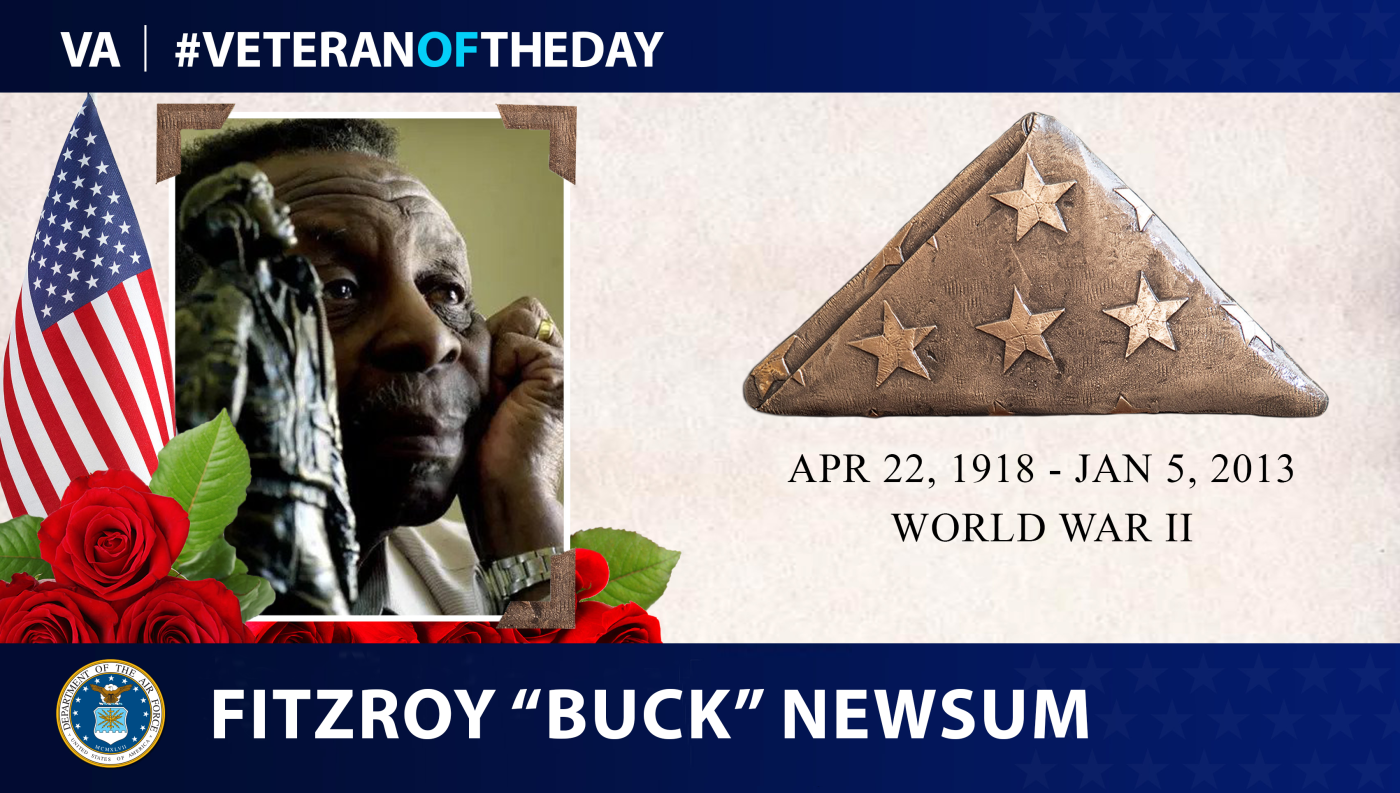 Fitzroy “Buck” Newsum was born in New York City, New York, in 1918. At age one, he moved to the island of Barbados, where he was raised by his grandparents. When he was 10, he saw his first aircraft in Trinidad.

Newsum graduated from the College of Military Science at the University of Maryland, before joining the New York National Guard. He deployed to Hawaii with the Anti-Aircraft Coast Artillery Corps. However, his ultimate goal was to fly.

Before Newsum returned to the mainland, President Roosevelt signed an executive order which prohibited discrimination in government agencies. After this, Roosevelt planned for 33 Black men, including Newsum, to take a test for potential entry into the U.S. Army Air Corps.

Newsum passed. However, unlike the other men who chose to attend Officers Candidate School, Newsum decided on flight training, which occurred at the Tuskegee Army Air Field in Alabama.

Formally known as the 332nd Fighter Group and 477th Bombardment Group of the U.S. Army Air Corps, the Tuskegee Airmen were composed primarily of Black men. It was established in 1941, and two years later, Newsum joined and became one of its 994 pilots. He flew a P-47 Thunderbolt fighter, serving in World War II and the Korean War.

Newsum remained in the Air Force until 1970. He retired at the rank of colonel. He earned a master’s degree in public administration from the University of Oklahoma before moving to Denver and working in public relations for Martin Marietta Aerospace.

Newsum died in January 2013. He was buried with full military honors at Fort Logan National Cemetery in Colorado.