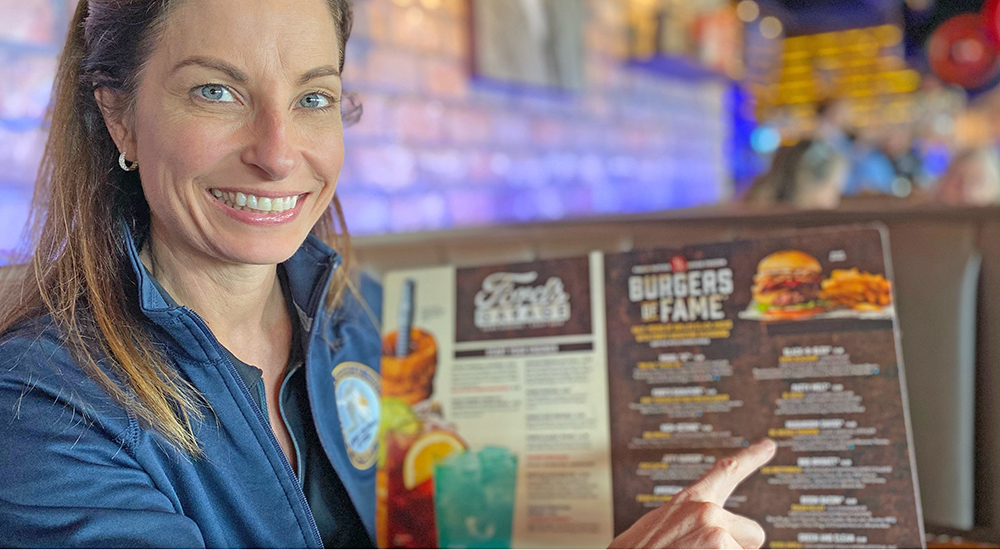 “I was shocked and pleasantly surprised when a friend told me that I was listed on the ‘Burgers of Fame’ menu a couple days after the restaurant opened,” said Robinson. “Ford’s Garage didn’t tell me anything about it. I am honored because of the names of the people that I am up there with. It was nice to be recognized for the work that we do at VA.”

Ford’s Garage listed her amongst the people like CEO of the Halifax Humane Society, the Daytona Chief of Police and the founder of NASCAR.

Robinson began her career with VA in 2002 as a rheumatologist, diagnosing and treating autoimmune diseases and inflammatory arthritis. In 2008, she became the Specialty Section chief and then became chief medical officer (CMO) in 2016.

Robinson’s great-grandfather was a three-star general in the Air Force and her grandfather was a bombardier. Coming from a strong military background, Robinson says her working for VA was a natural fit.

“Once you get involved and you start a career path, things evolve. I’m obviously a VA for life person,” said Robinson.

“Medicine rewarding when you’re doing it for heroes.”

As CMO, Robinson says her favorite thing is facilitating improvements for Veterans and the care that they receive. She is currently helping to facilitate a new Daytona multi-specialty clinic that is expected to open in 2024. The expansion will replace the main facility in Daytona Beach.

The new facility will provide primary and specialty medical care, physical therapy and mental health services, and include a pharmacy, an on-site laboratory and a vision and dental clinic. The goal is to provide as many services as possible to Veterans in one place.

Robinson believes the specialty clinic and her being CMO is what led to her recognition on the “Burgers of Fame” menu. She adds that the new clinic is something she is extremely excited about and proud of. According to her, the project is long overdue for both Veterans and staff.

“It’s very rewarding to do medicine. But I think it takes it to another level when you’re doing it for heroes. Our American heroes,” said Robinson.