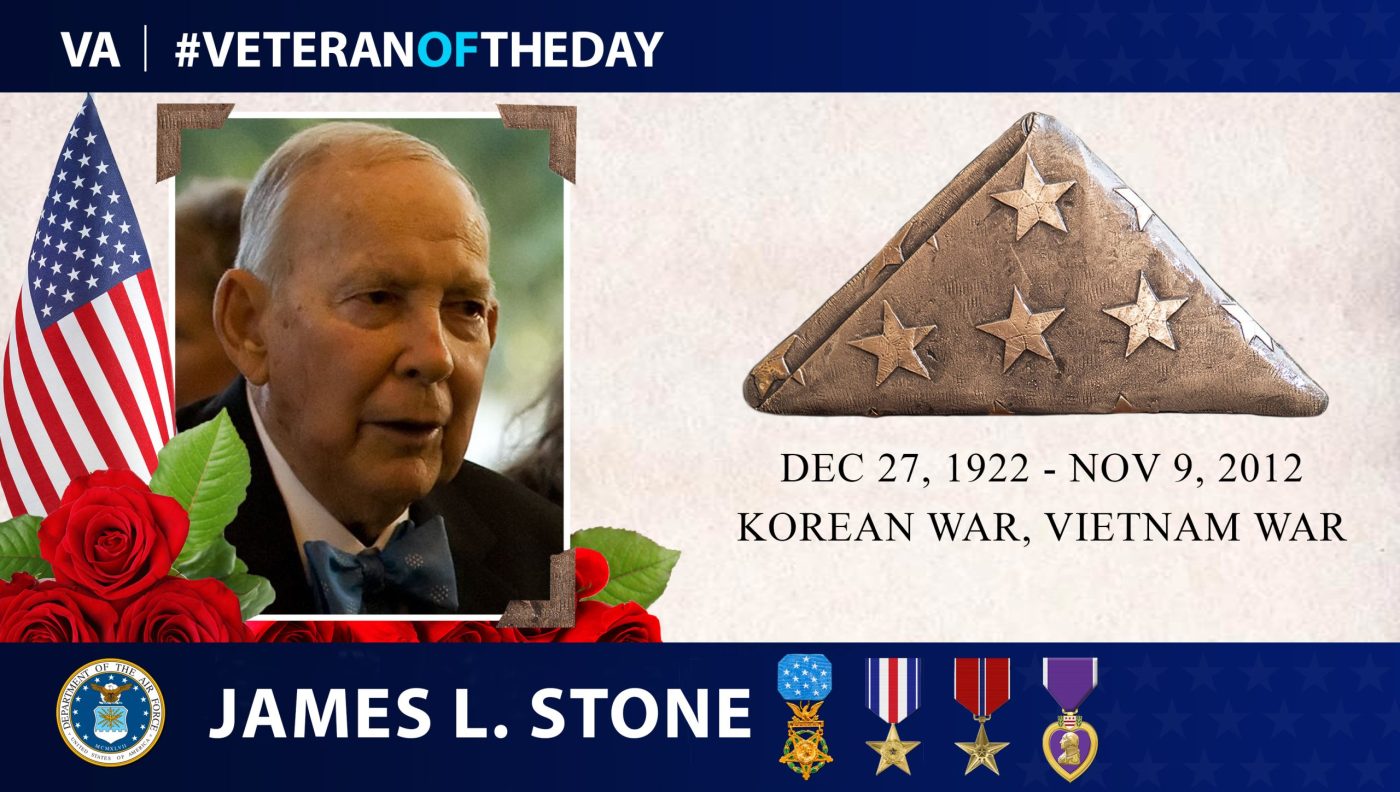 James Lamar Stone was born in Pine Bluff, Arkansas, in December 1922, to parents State and Idell Stone. He grew up in Hot Springs, Arkansas, with his brother, Edward. Stone joined the Reserve Officers’ Training Corps (ROTC) and studied chemistry and zoology at the University of Arkansas, where he met his first wife, Jane, with whom he had two sons. He graduated from college in 1947 and worked for General Electric.

Stone joined the Army in 1948 and trained at Fort Ord, California. He deployed to serve in the Korean War with the 2nd Battalion, 8th Cavalry Regiment, 1st Cavalry Division in March 1951. He alternated between platoons because of a high rate of turnover among junior officers due to the number of casualties.

In November 1951, as a first lieutenant, he was tasked with leading the 3rd platoon of Company E, whose mission was to defend a vital outpost above the Imjin River near Sokkogae, North Korea. There, his platoon of 48 men were mortared by a battalion of Chine forces. Three hours later, a second enemy battalion appeared, making for a force of roughly 800 enemy soldiers.

Despite being far outnumbered and having been shot in both the knees and neck, Stone calmly directed his men in defense against the enemy, repaired a malfunctioning defensive flamethrower by himself, carried the only remaining light machine gun to fire at the forces which surrounded him, and stayed behind with the badly wounded after ordering the men that could still walk to retreat to Company E. Stone subsequently lost consciousness and awoke at a prisoner of war camp near the Yalu River after being captured by Chinese forces. After 22 months of captivity, he was liberated in a prisoner exchange in September 1953.

For his actions in combat, he received a Medal of Honor, a Silver Star, a Bronze Star and a Purple Heart. He attained the rank of colonel and continued to serve in Germany; Fort Worth, Texas; and Vietnam. He retired from service in 1976 and settled in Arlington, Texas, in 1980, where he was active in Veterans’ groups.

Stone died from cancer in November 2012. His remains are buried in Dallas-Fort Worth National Cemetery in Dallas.