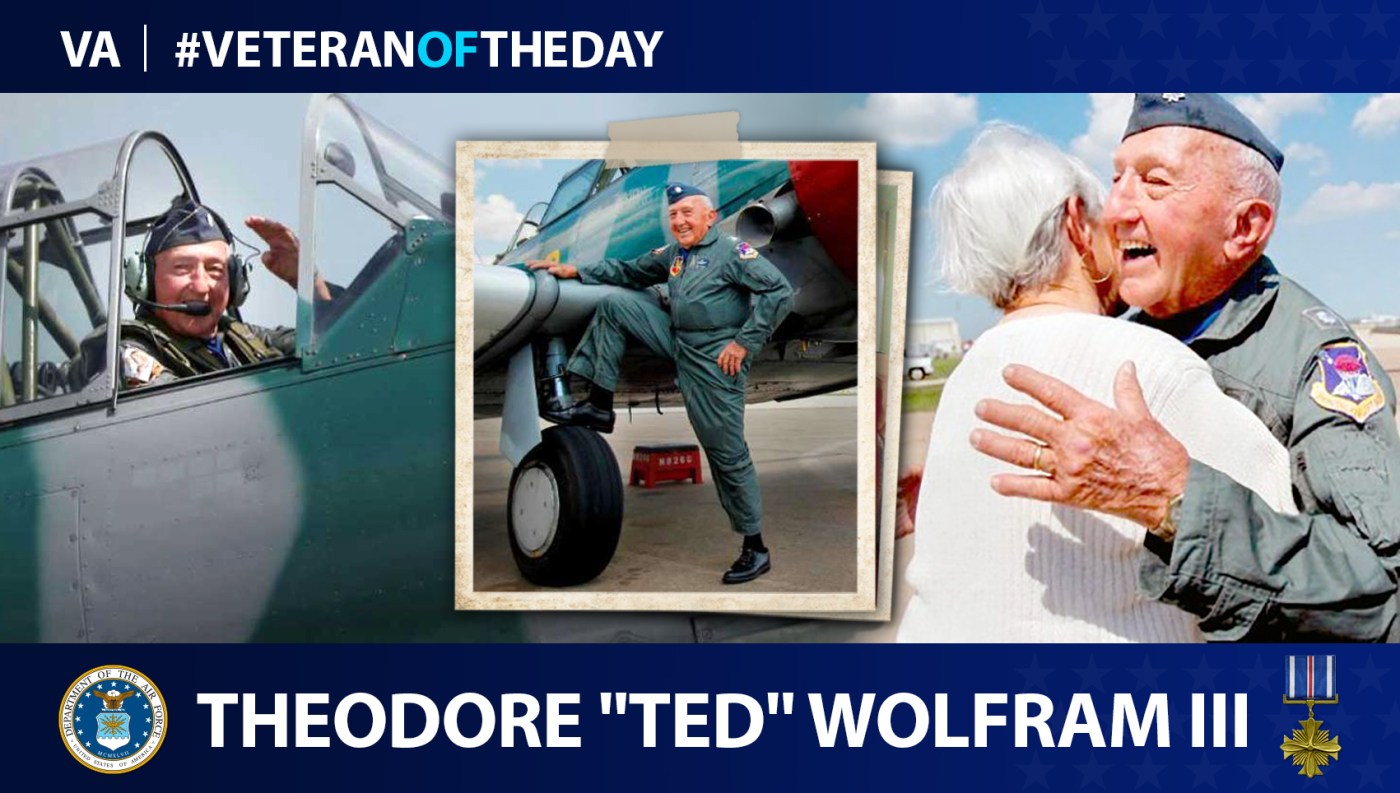 Theodore “Ted” Wolfram III was born in 1921 and raised in Ventura, Iowa. He enlisted in the U.S. Army Air Forces on Dec. 31, 1941, after the bombing at Pearl Harbor. He learned to fly with a Boeing Model 75, specifically a PT-13 Stearman model. He graduated from military flight school and received his wings on July 28, 1943.

During World War II, Wolfram was stationed at Pecos Army Air Field in Texas where he taught cadets to fly before being transferred to the Air Transport Command. Then he served as an air transport pilot with the 1332nd Army Air Force Base Unit in Mohanbari, India. He flew a C-26 Commando over the eastern Himalayas, across the 530-mile passage nicknamed the “Hump” by allied pilots, to supply the Chinese war effort.

Wolfram was recalled to active duty during the Korean War and finished his military service by flying a C-130 Hercules in the Vietnam War. During his service, he was awarded two Distinguished Flying Crosses, an Air Medal and an Air Force Commendation Medal. He retired from the Air Force on Oct. 31, 1968, at the rank of lieutenant colonel, after 27 years of service.

After his retirement from the Air Force, Wolfram graduated from Concordia Teachers College in Seward, Nebraska, with a Bachelor of Science in Education. He taught for six years at Mt. Olive Lutheran School in San Antonio, Texas, and St. Anthony Catholic School in Columbus, Texas. He and his wife of 75 years, Barbara “Moon” Wolfram, spent 30 years in Texas before moving to Lincoln, Nebraska.

On Wolfram’s 90th birthday, his family gifted him with a flight aboard a T-6 Texan—the same type of plane Wolfram used while teaching cadets. Through History Flight, Wolfram was able to pilot the aircraft and complete several maneuvers, including a loop, roll and Immelmann turn. He was, however, unable to attempt a spin, which had been made illegal since his retirement from the Air Force. He did not have the mobility to enter an aircraft 10 years later, on his 100th birthday. Instead, he watched as his son, Ted Wolfram IV, flew in a PT-13 Stearman.