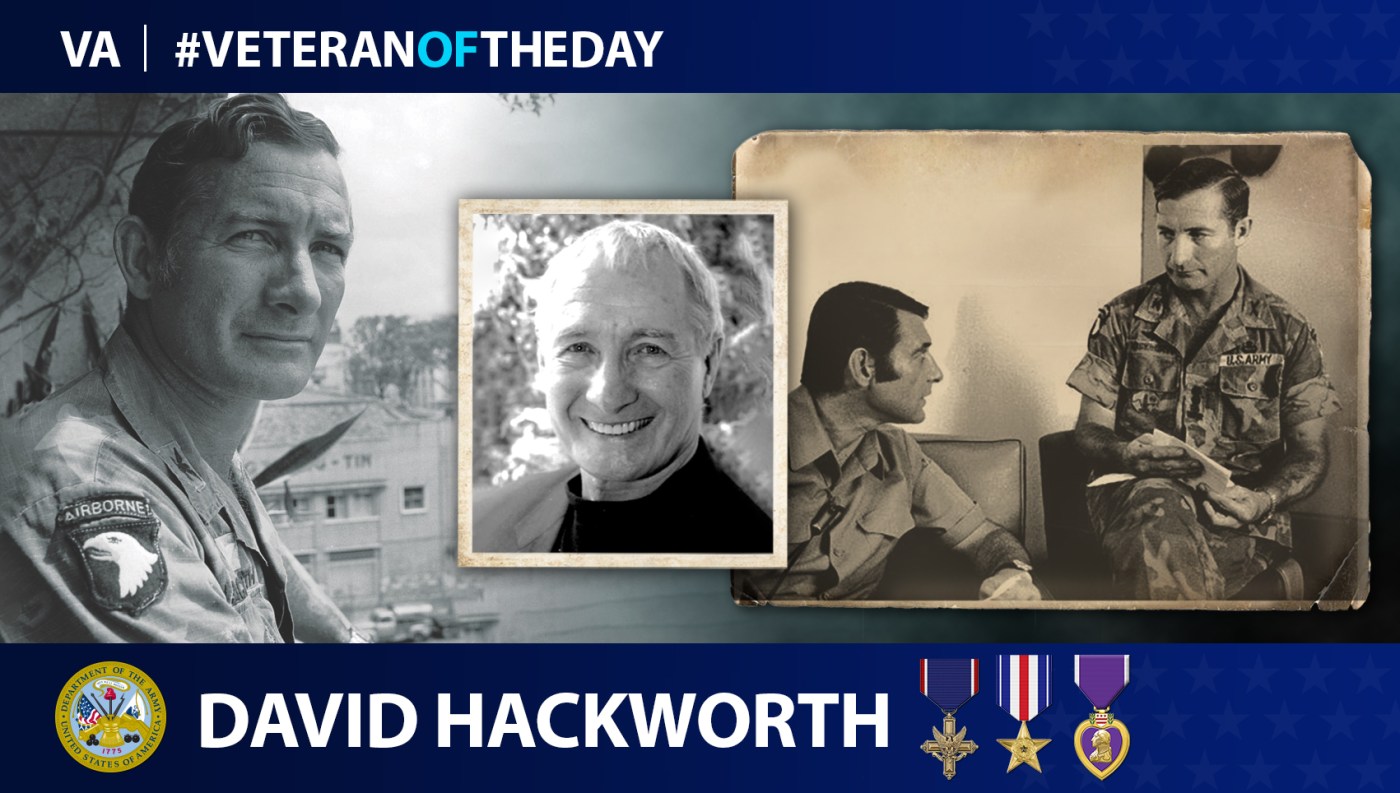 David Haskell Hackworth was born in November 1930 in Santa Monica, California. He joined the U.S. Merchant Marines in 1945 and then falsified his age to enlist in the Army the following year. He initially served as part of a tank crew in Italy during the time between World War II and the Korean War. At the outbreak of the Korean War, he joined the 27th Infantry Regiment, 25th Infantry Division. In 1951, while serving in Korea, he received a commission and became a lieutenant.

Hackworth was assigned to the 101st Airborne Division when he was sent to Vietnam in 1965. While in Vietnam, he founded and worked with Tiger Force, a small group that, in his words, served to “out-guerilla the guerillas.” He received his first Distinguished Service Cross in 1966 after rescuing a unit of American soldiers that had been pinned down by enemy fire for four hours. He single-handedly surveilled the enemy positions and then led an assault to free the trapped Americans. He received another Distinguished Service Cross in 1969 for disregarding his own personal well-being and leading an assault against enemy positions.

Hackworth is one of the most decorated Veterans of the U.S. military, having received over 90 medals, awards and other honors from the U.S. and foreign militaries. The medals and awards he received over the course of his military career include two Distinguished Service Crosses, 10 Silver Stars and eight Purple Hearts.

After leaving active duty in 1971 at the rank of colonel, Hackworth worked as a journalist and later a contributing editor for Newsweek in the 1990s. He advocated for the rights of the average American soldier but became controversial after he publicly criticized the United States’ involvement in Vietnam and Iraq.

Hackworth died from cancer on May 4, 2005, at the age of 74. He is buried at Arlington National Cemetery in Virginia.