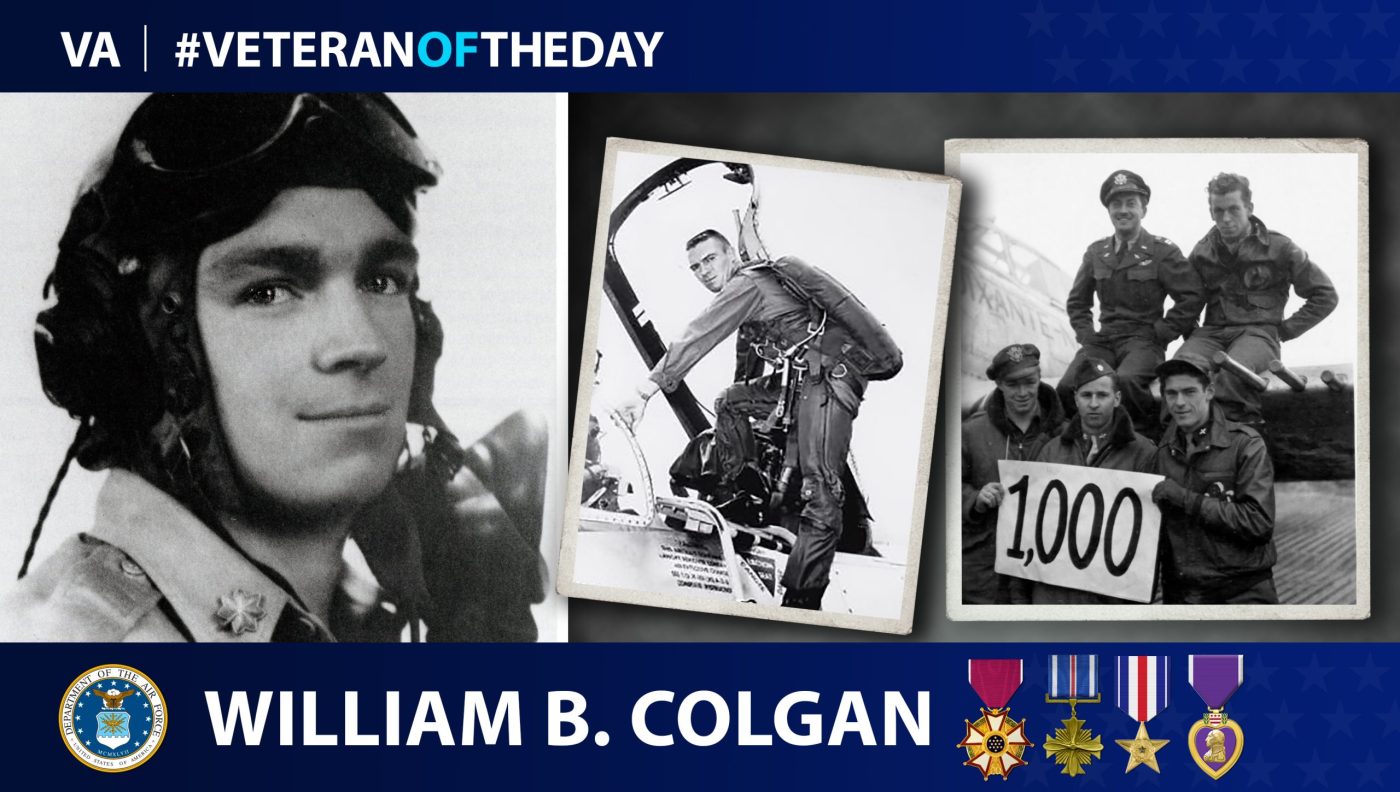 In his early years, hardship followed William B. Colgan. The onset of the Great Depression was followed by the death of his father. As a result, the family moved to Waycross, Georgia. Colgan worked to support his family and held several jobs before enlisting in the Army Air Corps. As a part-time professional baseball player, he spent his summers in the minor leagues, while also working as a railroad fireman in the off-season. Yet, a new calling presented itself following the attack on Pearl Harbor.

With the nation incensed by the attack, Colgan, aged 21, volunteered the very same month in December 1941. He joined the Army Air Corps and, over the next two years, he became an Army aviator. By 1943, he completed his fighter pilot training and flew in both the Mediterranean and European theaters.

Colgan was stationed in Sicily, where he operated numerous missions flying P-40s and P-47s. Following his 20th mission, he was made a flight leader. As a flight leader, he flew support for the Anzio invasion. During the Battle of Anzio, he went to the aid of one of his wingmen, who had come under attack by four enemy fighters. Shooting down a German Messerschmitt Bf 109 and driving off the other enemy planes, Colgan saved his comrade’s life. Valiant acts such as this ensured victory in the hard-fought and deadly battle. The successful invasion of Anzio lead to the capture of Rome during the European theater of World War II.

Colgan quickly became the commander of the 525th Fighter Squadron, flying missions in Italy, France and Germany. By the end of the war, he had flown 208 combat missions, many of which were bombing and strafing runs on key Axis positions and supply lines.

Relieved of active duty after the end of the war, Colgan reentered the military during the Korean War. Commanding the 111th Fighter Bomber Squadron, he flew another 72 combat missions before becoming the chief of Tactical Fighters in Elgin Air Force Base, Florida, at the end of the conflict.

By 1963, Colgan graduated from the National War College and Industrial College of the Armed Forces. He became director of Operational Requirements for Tactical Air Command and fought in Vietnam. He flew another 12 combat missions during the Vietnam War and was also involved in the creation of the F-15.

Colgan retired in 1972 with over 30 years of military service. During his service, he received numerous awards, including four Distinguished Flying Crosses, a Silver Star, two Legion of Merit medals and a Purple Heart.