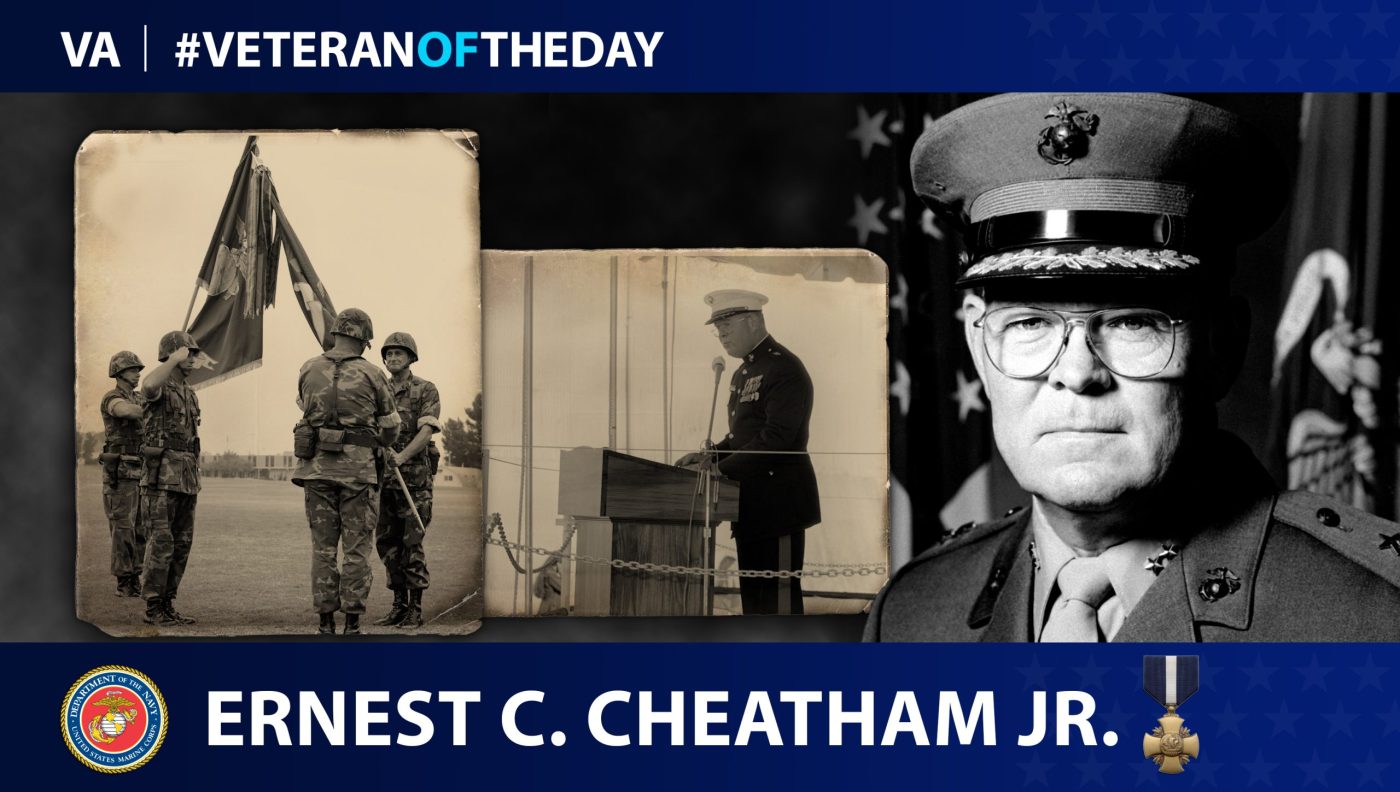 Ernest C. Cheatham Jr. was born in July 1929, in Long Beach, California. After graduating high school in 1947, he attended Loyola Marymount University in Los Angeles, where he played for the university’s football team. He was then drafted by the Pittsburgh Steelers in the 1951 National Football League (NFL). However, he deferred his football career as he received a commission as a second lieutenant in the Marine Corps in 1952 and deployed to serve in the Korean War.

Overseas, Cheatham was stationed in Japan and Korea, where he served as a platoon commander before returning to the U.S. in June 1954. He joined the Steelers for the 1954 NFL season and played as a defensive tackle for four games before being traded to the Baltimore Colts, where he played two games. He returned to the Marine Corps in 1955 at the Marine Corps Recruit Depot in San Diego to serve as a company commander.

Later, Cheatham completed numerous assignments that took him to Alaska, Idaho and California. He attended the Command and Staff College, where he graduated with honors in 1967. After graduation, he deployed to Vietnam, where he commanded the 2nd Battalion, 5th Marine Regiment, 1st Marine Division. Months after he deployed to Vietnam, the North Vietnamese launched the Tet Offensive in January 1968, where they initiated an offensive to seize Hue, a strategically important city near the center of Vietnam.

Once arriving at Hue, Cheatham immediately reformed the Marine tactics used in battle. Instead of primarily using small arms fire, Marines adopted heavy weaponry to clear out enemy strongholds before entering them. His strategy found immediate success; not only did it reduce American casualties, but the U.S. took back half the city within four days. He also led his men on numerous assaults during the fighting and received a Navy Cross for his contributions during the Battle of Hue. His Navy Cross citation reads, “Cheatham’s dynamic and heroic leadership and his unflagging example inspired all who observed him and contributed greatly to the defeat of the enemy and to their subsequent withdrawal from the city.”

After serving in Vietnam, Cheatham eventually earned the rank of lieutenant general before retiring in 1988. After retirement, Cheatham was inducted into the Marine Corps Sports Hall of Fame and was recognized as the highest-ranking service member to play football professionally.

Cheatham died in 2014 at the age of 84. He is buried in Quantico National Cemetery in Virginia.