Home / Health, Top Stories / Everything you need to know about monkeypox

Everything you need to know about monkeypox

Questions and answers about monkeypox 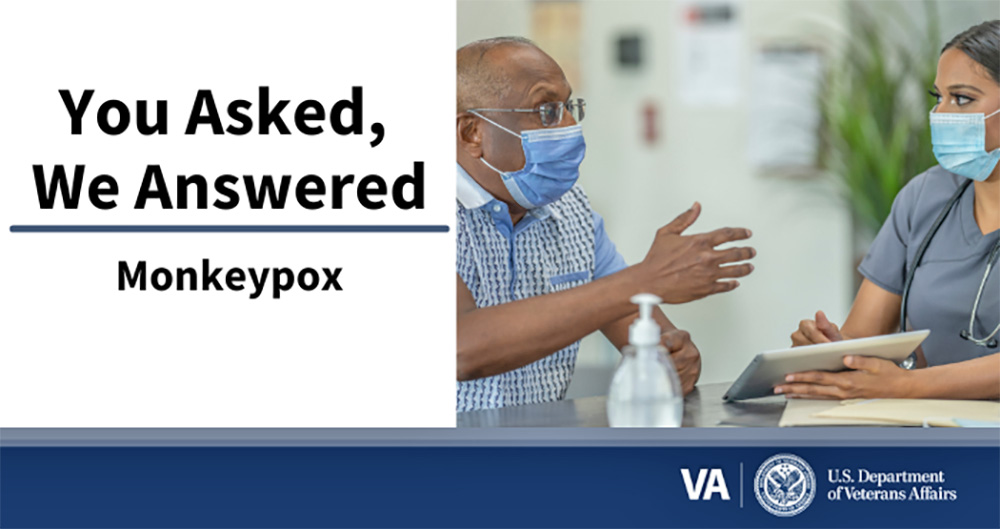 Monkeypox is a contagious viral disease that is closely related to the one that causes smallpox, but the disease is generally less severe and less contagious. Unlike the COVID-19 virus, which was a virus that was not known until 2020, monkeypox is a well-known illness that was first recognized in research animals in 1958.

Prior to the current outbreak, this infection was only found occasionally in some countries in central and western Africa. Prior outbreaks outside of these countries were small and short-lived.

Is the virus in the United States? If so, how is VA addressing it?

On May 7, 2022, the world was alerted to a confirmed case of monkeypox in the United Kingdom. Since then, the virus has spread to many countries including the United States, and the World Health Organization has declared it a Public Health Emergency of International Concern.

On Aug. 4, 2022, the Department of Health and Human Services (HHS) declared it a Public Health Emergency in the United States.

VA is working in close collaboration with local and state public health authorities, as well as other federal agencies like Centers for Disease Control and Prevention (CDC), to ensure Veterans have access to testing, treatment and prevention tools, such as antivirals and vaccines.

How does the virus spread?

Monkeypox spreads in a few ways.

How long does it last?

Monkeypox normally takes about two weeks to four weeks to run its course. If you are diagnosed, your provider will monitor you until the illness is resolved.

The less severe Clade II strain is causing the current world outbreak (2022). To date, no one has died from this outbreak in the United States. But monkeypox can lead to other problems (complications) like pneumonia and infections in your brain (encephalitis) or eyes, which can be fatal.

Should I get tested?

Ask your health care provider if you should get a monkeypox test if you have symptoms (like an unexplained rash).

Can I get the vaccine at VA?

VA received an initial allocation of 13,000 vials (up to 65,000 doses) of JYNNEOS™ monkeypox vaccine from Department of Health and Human Services in August. VA will continue to receive additional allocation of vials of JYNNEOS™ to reduce the spread of monkeypox as more product is available within the supply chain.

What can you tell me about the vaccine?

For Veterans who need the vaccine, the series requires 2 doses per person, 28 days apart.

Who is eligible for the monkeypox vaccine?

Any person who comes in direct skin-to-skin contact with another who is infected may catch monkeypox. The current outbreak has, for now, disproportionately affected the gay, bisexual, and other men who have sex with men who should be prioritized for vaccine based on their personal risk of exposure.

Contact your nearest VA health facility for the latest information.