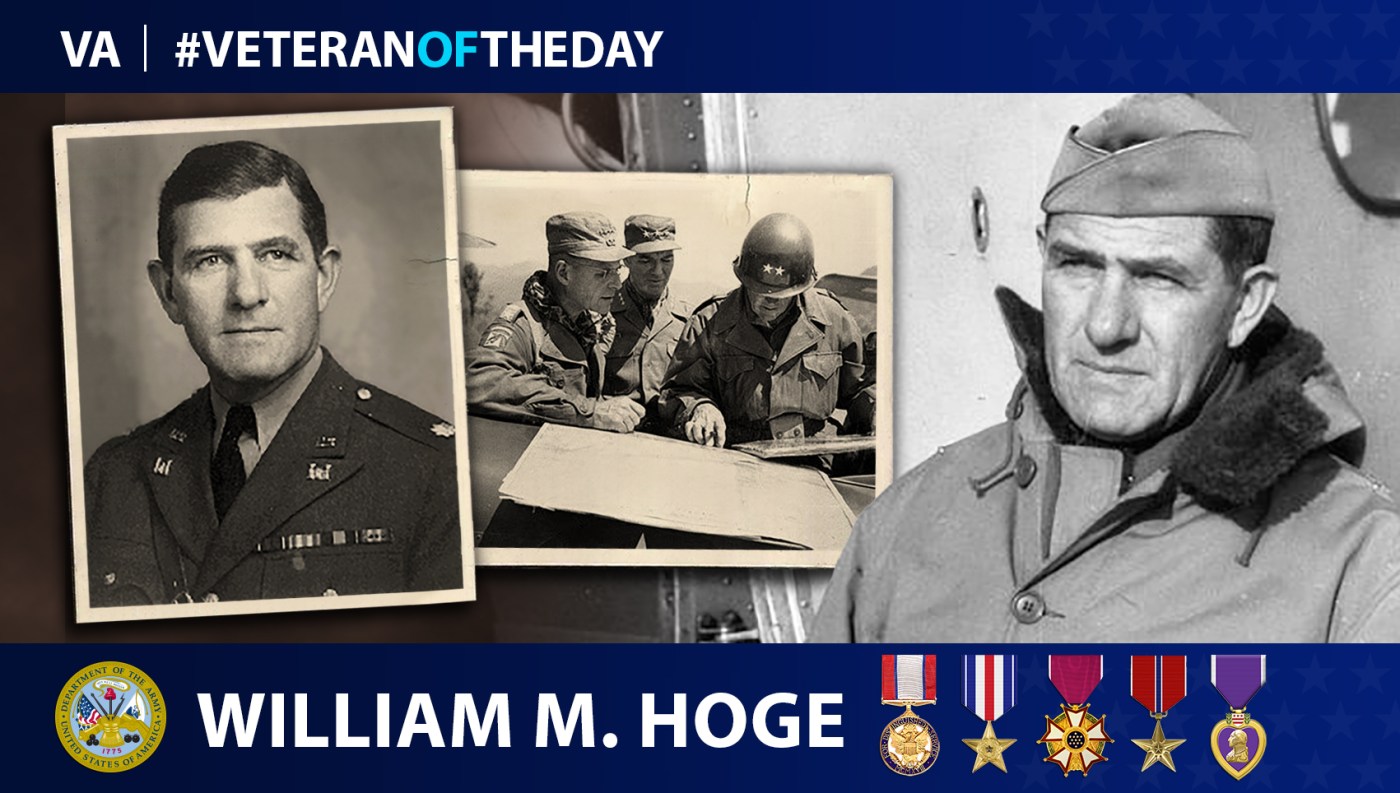 William Morris Hoge was born in Boonville, Missouri, in January 1894 on the campus of the Kemper Military School, where his father served as principal. He was appointed to the U.S. Military Academy at West Point in 1912, graduated in 1916 and was commissioned into the Army Corps of Engineers.

During World War I, Hoge was assigned to the 7th Engineer Regiment and deployed to France. In late 1918, as a battalion commander during the Meuse-Argonne Offensive, he led troops in a 20-hour battle while working to bridge the Meuse River. He returned to the U.S. in 1919 and pursued education, training and civil works assignments, receiving a bachelor’s degree in civil engineering from the Massachusetts Institute of Technology in 1922.

In late 1940, during World War II, Hoge—by then a lieutenant colonel—was placed in command of the Engineer Replacement Training Center at Fort Belvoir in Virginia, where the facility was crowded with construction equipment, leaving little room for the trainees to exercise. Concerned about the physical fitness of his men, Hoge followed the example of German troops who trained in fields filled with trenches and obstacles to climb, crawl and jump over. Working with a physical training officer, Hoge designed the Army’s first obstacle course, which was outfitted with hurdles, ladders, ropes, pipes and barbed wire, and was designed to be completed in less than 10 minutes. After seeing the course for himself, the Army chief of staff, impressed with Hoge’s work, ordered every base and camp to build their own.

“They’d murder me if they ever found out I was responsible,” Hoge said, referring to the countless soldiers who endured his training course.

In 1942, President Franklin Roosevelt ordered the construction of the Alaska-Canada (ALCAN) Highway that would serve to supply American troops in Alaska. The road stretched over 1,500 miles through the Canadian wilderness and cost more than $100 million to build. Hoge was placed in charge of the project; he and his engineers completed the ALCAN Highway—now called the Alaska Highway—in nine months.

Afterward, Hoge commanded troops in the Provisional Engineer Special Brigade Group landing at Omaha Beach on D-Day. In the Battle of the Bulge, he served in Combat Command B of the 9th Armored Division, and commanded IX Corps during the Korean War. Hoge was later promoted to general and named commander-in-chief of United States Army Europe. He retired from the military in 1955.