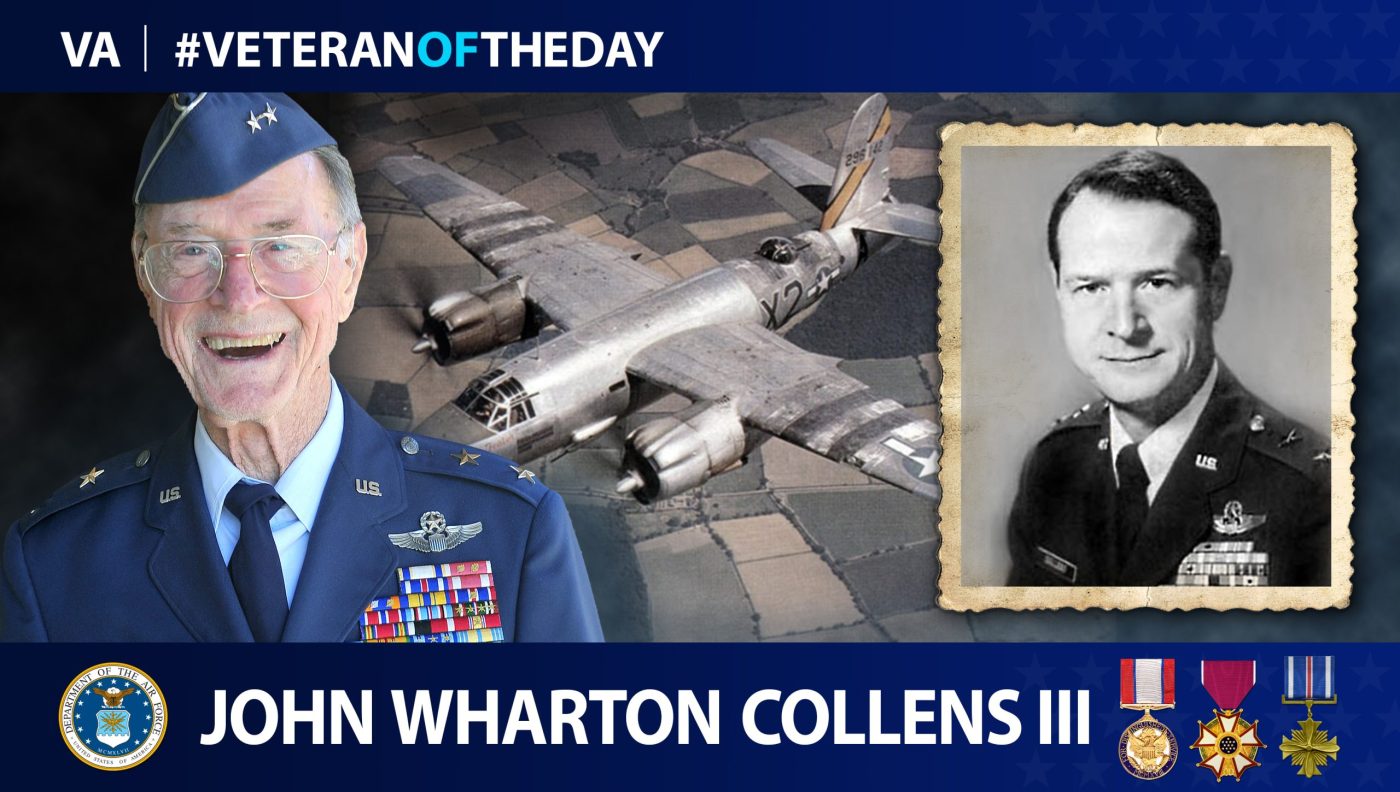 Born in Monroe, Louisiana, in 1924, John W. Collens III eagerly awaited his 18th birthday when he could finally enlist in the Army. When his birthday came around, he enlisted two weeks later on December 5, 1942, with the intent to become an aviator. His fascination with aviation began as a child, and was influenced by famous pilots like Charles Lindbergh, the first aviator to complete a transatlantic flight solo.

When able, Collens leaped at the opportunity to enlist, as it was his best shot at getting pilot training. He had already been an Infantry ROTC at the University of Mississippi before enlisting and so began basic training with some knowledge of what to expect at Sheppard Air Force Base in Wichita Falls, Texas. Two years after enlisting, he received his Pilot’s Wings and commission in April 1944, and would be assigned to Gulfport Army Airfield in Mississippi until October of that year.

Collens joined the 96th Bombardment Squadron in the European theater of WWII during its final months. He flew 28 combat missions during WWII as a B-17 bomber pilot until being relieved of duty in October 1945. He remained in the Army Reserve until 1949, then reentered active service in the Air Force for weather officer training. He then joined the 15th Weather Squadron, and would fly 75 tactical weather recon missions during the Korean War as a part of the 6166th Air Weather Reconnaissance Flight, where he remained until October 1951.

Collens remained with Air Force Weather Operations throughout the 1950s and much of the 1960s, serving at home and abroad in several capacities. During Vietnam, he briefly flew the C-141, a strategic airlifter that came into heavy use during the conflict for its transportation capabilities. He returned to the United States where he resumed work in Weather Recon and became a vice commander of the Air Weather Service in 1971. He was promoted to major general on September 1, 1976. By 1977, he became chief of staff, Military Airlift Command. After a long and successful career as a pilot, he retired in 1979 after serving as deputy inspector general, United States Air Force.

Throughout his career as a pilot, Collens clocked over 5,600 flying hours. After retirement, he founded the Air Weather Association in 1987 and was a member of the American Meteorological Society. For his service, he was awarded the Distinguished Service Medal, Legion of Merit with two oak leaf clusters, Distinguished Flying Cross, Meritorious Service Medal, Air Medal with five oak leaf clusters and Air Force Commendation Medal.