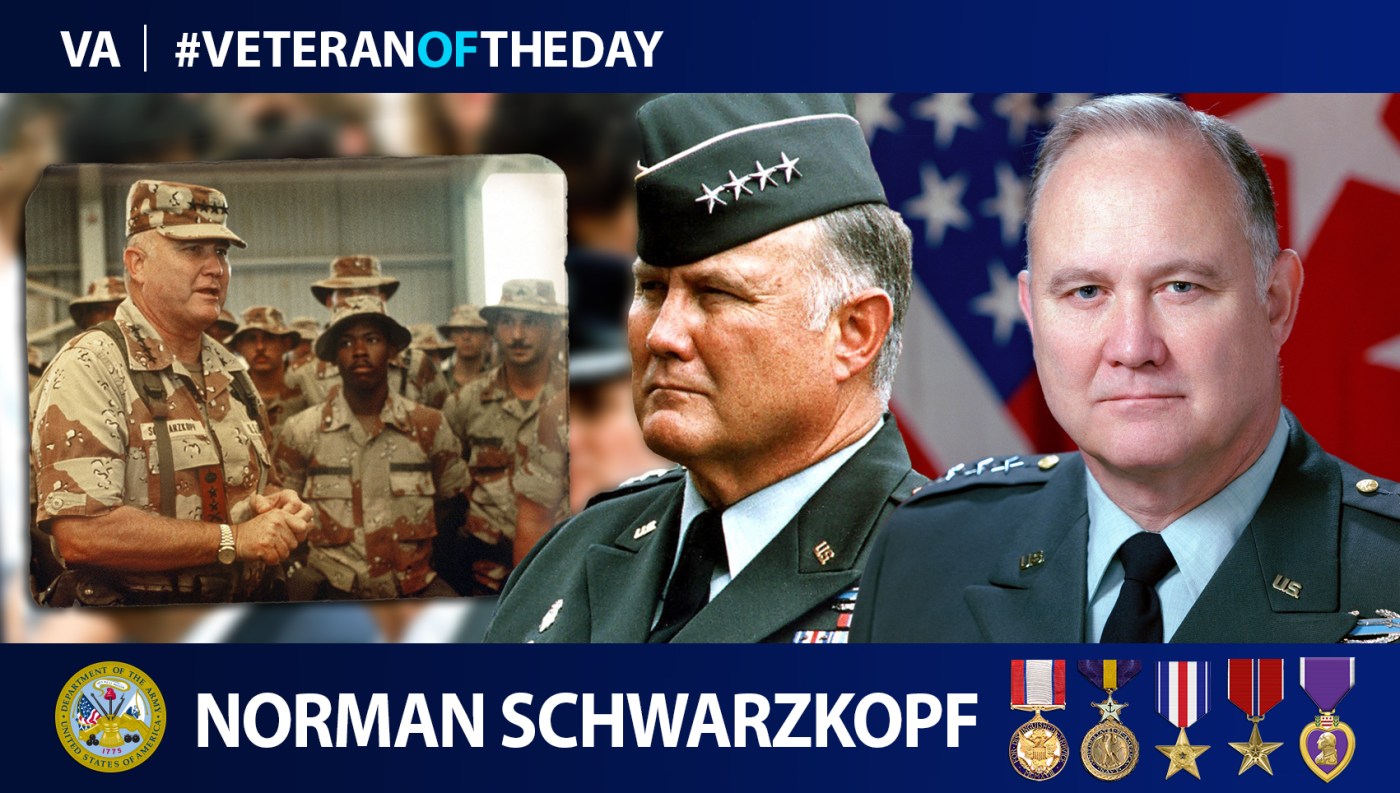 Schwarzkopf attended Bordentown Military Institute in his youth, but he lived in Iran, Switzerland, Germany and Italy with his father from 1946 to 1950, starting when he was 12. He enrolled at Valley Forge Military Academy in Pennsylvania at age 17.

Like his father, the younger Schwarzkopf attended the U.S. Military Academy at West Point. From adolescence, he had aspirations of leadership. Gen. Leroy Suddath reported to the New York Times that “he saw himself as Alexander the Great, and [they] didn’t laugh when he said it.” He graduated in 1956, completed infantry and airborne training at Fort Benning, Georgia, and acquired a master’s in guided-missile engineering from the University of Southern California in 1964. He met his wife, Brenda, with whom he had three children, in 1968.

After earning his master’s degree, Schwarzkopf served two tours in the Vietnam War, where he was promoted to lieutenant colonel and received the nickname, “The Bear.” He was awarded a Silver Star for his bravery as a battalion commander who tended to the wounded, would not leave a man behind and would risk anything for them. From 1974 to 1982, he served a series of two-year assignments, and in 1983, he aided in the American invasion of Grenada. In 1988, he became a four-star general and was appointed commander-in-chief of the U.S. Army Central Command.

Gen. Schwarzkopf led U.S. forces throughout the Persian Gulf War, during both Operation Desert Shield and Operation Desert Storm. Under his command, U.S. and allied forces conducted the overwhelming attack that lasted just six weeks. In only 100 hours, Kuwait was liberated; Iraqi forces surrendered and declared a ceasefire.

After the war, Schwarzkopf was hailed as a national hero. News headlines called him “Stormin’ Norman.” For his service, he received five Distinguished Service Medals, three Silver Stars, a Bronze Star, a Purple Heart, a Presidential Medal of Freedom and decorations from France, Belgium, the United Kingdom, Bahrain, Qatar, the United Arab Emirates, Saudi Arabia and Kuwait. He was also awarded a Congressional Gold Medal.

When he retired from the Army in 1992, he focused on philanthropy, becoming a national spokesman for prostate cancer, serving on the Nature Conservancy board of governors and contributing to charities for chronically ill children.

Schwarzkopf died at the age of 78 in December 2012 of complications with pneumonia. A memorial service was held for him on Feb. 28, 2013, at the Cadet Chapel at West Point. He was cremated and buried at West Point Cemetery.