Veteran pilot shot down, was German Prisoner of War 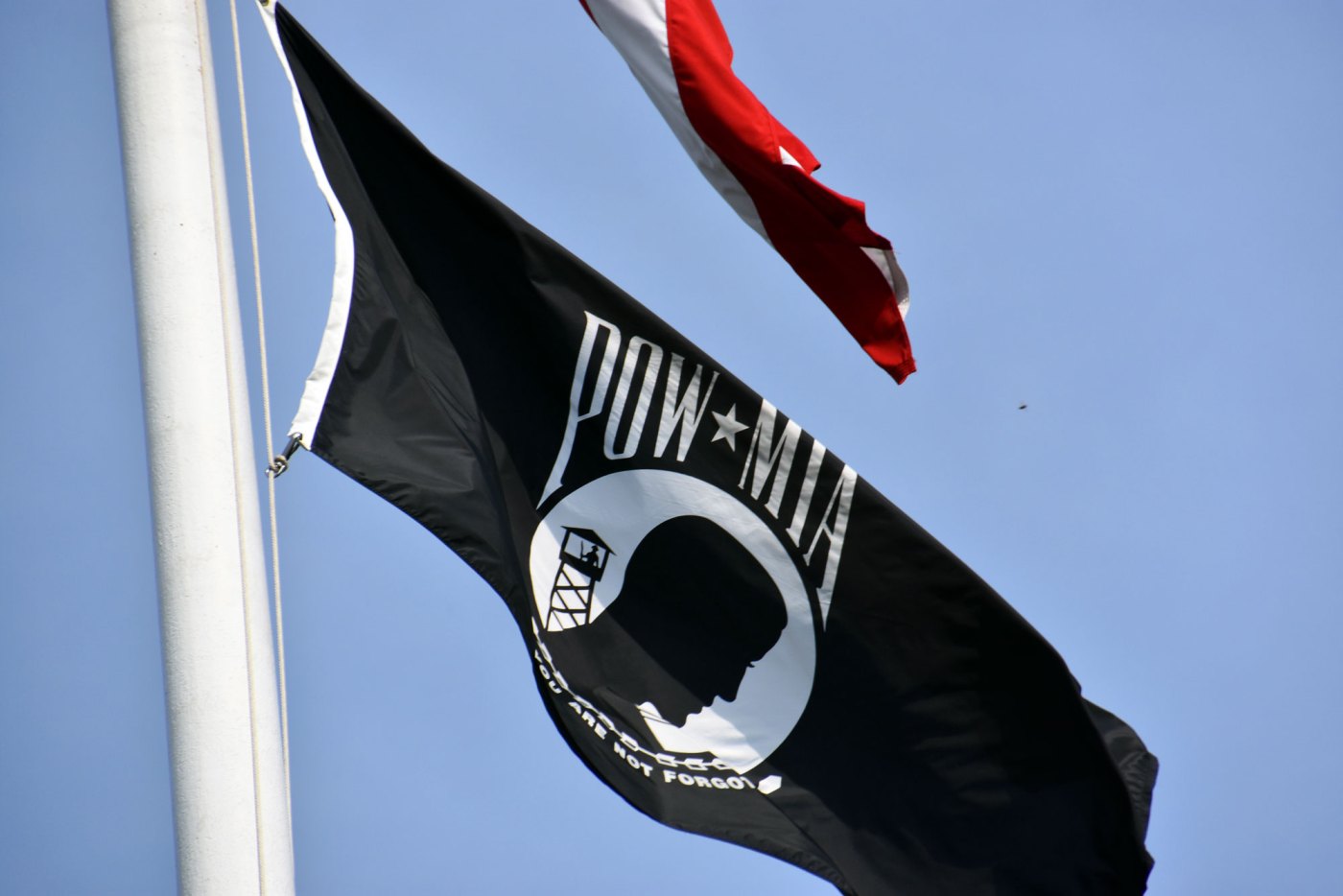 Today is POW/MIA Recognition Day. Former POW Jim Fall shares his story so that we may remember and honor those who were prisoners of war and those still missing in action (POW/MIA).

Fall was a freshman pre-veterinary student at Manchester College when Word War II began for the United States on Dec. 7, 1941.

“That very day I came home to enlist in the military, I was only 17 years old, so I needed my parent’s signature. I made an agreement with my dad to finish,” Fall said. Fall kept his promise to his dad and finished his first year of college and, in the summer of 1942, he hitchhiked to Fort Wayne, Indiana, and enlisted in Army Air Corps as an Aviator Cadet.

By November 1943, he had successfully earned his pilot’s Silver Wings as a Fighter Pilot. “After completing transition flight training, we were pronounced combat ready and waited for our oversea orders,” he said.

Had to bail out on 21st mission

Fall was assigned to the 9th Air Force, 366 Fighter Group in the 391st Fighter Squadron out of Thruxton, England. On June 10, 1944, he was flying his 21st mission when his aircraft took a hit in the left wing resulting in a fire.

“I had to bail from the plane,” he remembered. “From the air I could see the English Channel and I hoped to come down in friendly territory. As I slammed into earth, my left leg bone snapped right above my ankle.”

Fall was soon greeted by German rifles and would spend the next 10 and half months as a German Prisoner of War.

For two weeks, he was passed from one German group to another until he arrived at Dulag Luft, the first stop for most Army Air Force personnel captured by the Germans.

“The first night in solitary was a long one,” he said. “I was cold, and my leg hurt. I worried about how my family would react when they got word that I was missing.”

After seven days of solitary confinement, Fall was sent to Stalag Luft 3 in Sagan, Poland, a German POW camp specifically selected because the soil made it difficult for the POWs to escape. The camp was a working family. They pooled their food, cooked as a family and the older POWs would counsel the new ones.

“After a month from breaking my leg, I finally received treatment. The ‘doctor’ was a sophomore medical student POW with no medical equipment. He suggested we cast my leg and pray for healing.”

By mid-January 1945, the Soviets were advancing on the eastern front. To prevent them from liberating the POWs, the Germans started marching the camp across Germany.

“There was six inches of snow, blizzard conditions, and temperatures around 18 degrees below zero. We marched for 8 days and 65 miles from Sagan, Poland, to Spremberg, Germany. We were all fatigued. You felt like you couldn’t keep going but you knew you would die if you didn’t.”

Fall and the other men arrived at Moosburg VII-A. Unlike Stalag Luft 3, Moosburg had no order and was very disorganized; food was also very limited and uncertain. Fall had lost 100 pounds, half of his body weight, in just 10 months.

“The Germans could not supply us with food and water,” he said. “There were no bathing facilities, no sick call, no laundry, no cooking facilities, the camp was filthy and vermin infested.”

April 29, 1945. The men’s mental state was rapidly declining, but there were rumors that sparked excitement. Rumors that American troops were nearby.

Fall and the other POWs anxiously watched American P-47s and P-51s attack nearby targets. Soon after the battle, an American tank came barreling through the barbed wire, liberating over 100,000 POWs.

“We arrived in New York City and, within a few days, I was headed to Indiana for a ninety-day convalescent leave. I sort of felt like I earned it.”

“On September 2, 1945, the Japanese surrendered. It changed my life. They would no longer need me as a fighter pilot. My military career was over.”

Read another  important story about POW/MIA Veterans: VA Remembrance Tables symbolize the more than 80,000 American Veterans listed as missing or captured…and those waiting for their return.

Here’s the story of POW Robert “Bob” Vickers in World War II. Along with a photograph of his Stalag prisoner identification card and Army Air Corps dog tag.