Back into the light after daughter’s death 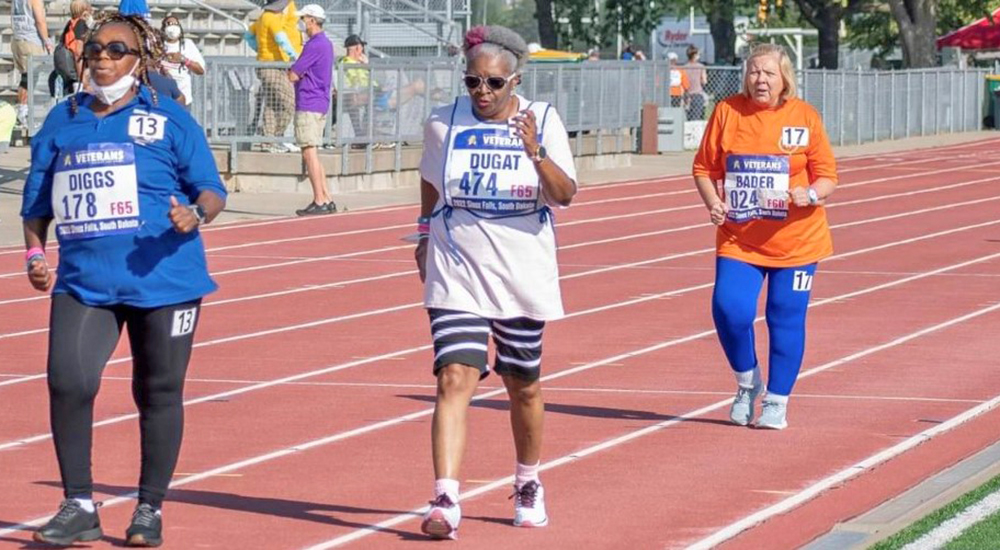 For Houston Veteran Rena Dugat, the Golden Age Games are as much about love and remembrance as they are competition.

It December 2004 when Dugat’s world came crashing down, as her daughter Tina, a mother to four children, was diagnosed with ovarian cancer.

“I was told it was an unusual type of cancer,” said Dugat. “It was extremely aggressive.” Two months later, Tina passed away at the age of 34. Dugat lost not only her child but her best-friend.

“She worked for an airline, so we took a lot of trips together,” said Dugat. “Sometimes we’d take the kids. Sometimes it was just her and I. We’d hop on a plane, go walk around a city we hadn’t been in and catch a red-eye home. We did everything together.”

As light and joy turned into darkness and despair, Dugat withdrew from the world around her. She rarely left her home. “I didn’t understand why she was gone and I was still here. I didn’t care if I wasn’t here anymore,” she said.

In 2007, some light crept back in when a nurse at the Michael E. DeBakey VA asked Dugat to volunteer for the National Veteran Golden Age Games. That year, Houston hosted the games, a national multi-event sports and recreational competition program for Veterans 55 years and older. 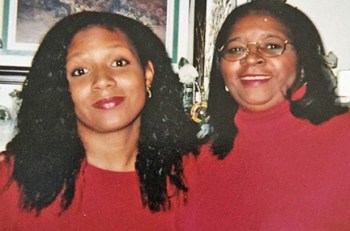 Rena Dugat with her daughter, Tina.

“I wasn’t old enough to participate in the Games, but the nurse convinced me to get out of the house and go volunteer. She said, ‘Just give me four hours.’”

Dugat showed up for her volunteer assignment and was given a camera, a notepad and a pencil. “They told me to go out and take pictures and interview Veterans. It was the greatest gift anybody could have given me. The Veterans told these stories and nobody was crying.”

Filled with new found purpose, Dugat volunteered every day from opening to close. “My introduction to the games, being asked to volunteer, saved my life. It was the first time I had a smile on my face and I didn’t feel guilty.”

For the past 14 years, Dugat has participated in every Veteran Golden Age Games as an athlete.

Not only does she look forward to competing and seeing friends at each year’s games, she is part of a recreation group at Houston VA called the Silver Eagles. The tight knit group of Veterans meet throughout the year to participate in recreational sports activities and prepare for the next Games.

“My coaches and team are family,” said Dugat. “The coaches keep our team together and physically active.”

In July, Dugat traveled with seven Houston Veterans from the Silver Eagles to Sioux Falls, S.D., for the 36th annual games. The Silver Eagles had a successful haul, winning 21 medals and 16 ribbons. Dugat won a bronze medal in bowling and ribbons in track and powerwalk.

The competition is great but spending time with other Veterans is what really makes this annual event special.

“It’s the camaraderie,” she said. “A lot of people think of us going to the games is just taking a trip or going on a vacation. It’s not about that. It’s about the group of people you have this connection with.”

The past two years, Veterans across the country had to compete virtually due to COVID-19. This year, the games returned as an in-person event. “Having that human contact was just awesome this year. We missed a couple of years and we hadn’t seen each other. This year was like the biggest hug you could get.”

“It’s going to pull me out and carry me through.”

Houston VA Recreation therapist Rochelle Atwood-Myles, who coaches the Silver Eagles along with Recreation Therapists Solomon Green and Tammie Walker, said the games and recreation therapy are a vital aspect of whole health.

“There’s power behind the physical act of sports than can be therapeutic,” said Myles. “This annual event gets older Veterans together to give them a new challenge and in effect builds the same camaraderie instilled in service, something difficult to recreate once the uniform comes off.”

For Dugat, it’s her strongest lifeline.

“The benefits to both my physical and mental health are priceless. It’s something that I look forward to when I start to feel down. I know it’s going to pull me out of it and carry me through for a while.”