Home / Health, Inside Veterans Health, Veterans Homelessness / From pain and addiction to social worker… with help from VA

From pain and addiction to social worker… with help from VA 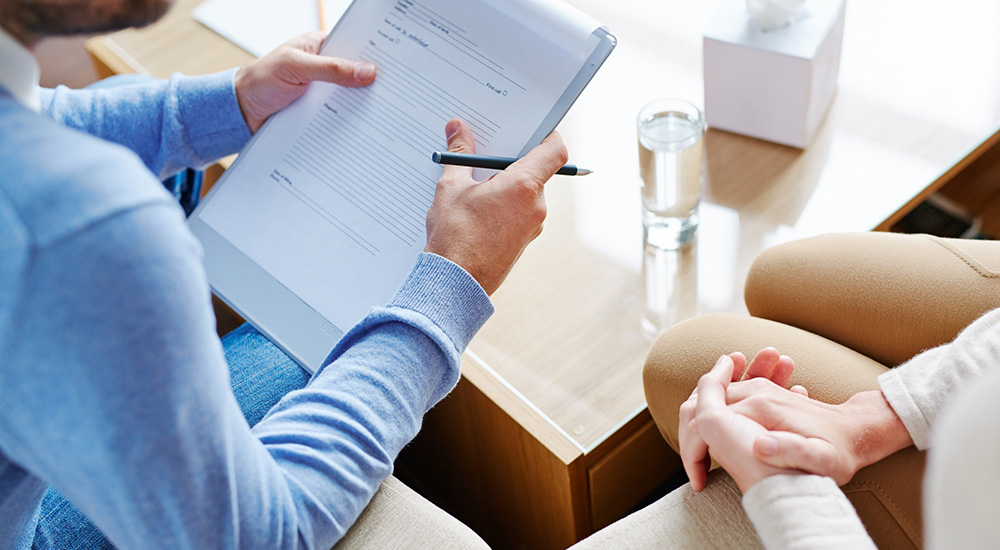 Every Veteran who has served the United States of America knows one thing to be true: “Freedom isn’t free.” For Army Veteran James Sapp, the cost of freedom came in the form of physical injuries—and the treatment plan that resulted in addiction and exacerbated his pain.

After separating from the Army in 2007, Sapp experienced chronic pain, a condition that impacts more than 20% of adults in the United States. Despite the prevalence of chronic pain, there is no cure that works for all individuals.

When opioids were widely promoted as a non-addictive pain management solution in the early aughts, many doctors believed the new medications were the answer for patients like Sapp.

Research on opioids has since revealed that while the manmade chemicals can reduce pain in some cases, opioids can never absolve an individual from their chronic pain. They can only “take the edge off.” In the process, they also can take a devastating toll on an individual’s life.

According to guidelines issued by VA and the Department of Defense, long-term opioid use can lead to increased pain, accidental death, opioid use disorder or addiction, and problems with sleep, mood, hormones and the immune system.

As too many Americans have learned in the past decades, opioid use disorder—defined by the Centers for Disease Control and Prevention as occurring “when opioid use causes significant impairment and distress”—does not discriminate.

“He wanted to show others you can move on.”

Even among our nation’s Veterans—some of our strongest, bravest and most determined Americans—opioids have proven to be a formidable domestic enemy.

“Desperation” is how Sapp characterizes the catalyst for his first trip to VA. Aware that VA offered substance use treatment for Veterans, he bravely reached out to ask for help. Sapp also asked if VA could help him find a new living arrangement. He was living with his partner in St. Louis—a relationship he described as “toxic”—and needed a healthier arrangement to facilitate his recovery.

VA offered Sapp a solution to both problems. When asked how he thinks his life has changed since receiving this initial help from VA, Sapp answered, “Dramatically.”

Sapp received medication-assisted treatment (MAT) to help him reduce addiction cravings and prevent relapse at St. Louis VA Medical Center-Jefferson Barracks. VA offers a range of evidence-based therapies proven to help Veterans recover from substance use disorder; in many cases, these services are available to Veterans at their local VA medical center.

After a month of inpatient treatment, Sapp received transitional housing with the help of VA’s Grant and Per Diem Program and The H.O.U.S.E. Inc., a Missouri organization offering support for addiction recovery. Soon after, Sapp connected with HUD-VASH, a program pairing HUD’s Housing Choice Voucher rental assistance with VA case management and supportive services. With the help of the program, Sapp moved into an apartment he still calls home today.

Sapp wasted no time using VA’s Veteran Readiness and Employment (VR&E), or “Chapter 31,” program to begin writing his next chapter: He pursued an associate’s degree, bachelor’s degree and finally, a master’s degree in social work. Despite the immense amount of studying Sapp did to earn each diploma, he never tired of the opportunities to continue learning. “I miss school,” he admits with a laugh.

Throughout his academic journey, VA was able to support Sapp and his family with their rent and grocery bills through Section 4201(a) of the Johnny Isakson and David P. Roe, M.D. Veterans Affairs Improvement Act of 2020. And though the Veteran was a full-time student and new father of two, he still found time to pay it forward: He helped establish a food pantry while studying at Missouri Southern State University.

“He blew past the barriers that he encountered in the past six years,” Sapp’s VA caseworker, Jennifer Collier, said of the Veteran’s resilience.

Sapp’s path was not always easy but understanding his motivation to succeed was. “He wanted to help others with substance abuse disorder and show them that you can move on,” said Collier.

Sapp has been in recovery for nearly a decade, but he still asks VA caseworkers for referrals and resources to combat substance use disorders every day. Now, these resources are for his clients.

Today, James Sapp, AS, BSW, MSW, LSW, uses his lived experience to provide authentic and empathetic support to the individuals on his caseload. He is a social worker with Starting Point Outpatient, Inc., a counseling center in Missouri.

Sapp can see himself in many of his clients. But perhaps more importantly, they can see themselves in him. His caseload primarily includes Veterans who are struggling with substance use and mental health challenges. He finds great satisfaction in helping fellow Veterans overcome the same obstacles he once did.

Many clients tell Sapp they view him as a role model and, because of his example, they enrolled in college to prepare for a career that will allow them to give back as much as he does.

To any Veterans who may be facing addiction or homelessness, Sapp has one message: “The Nike slogan is on to something.” He smiled, explaining the phrase’s connection to those debating contacting VA for help: “Just do it.”

Director of Communications with the VHA Homeless Programs Office