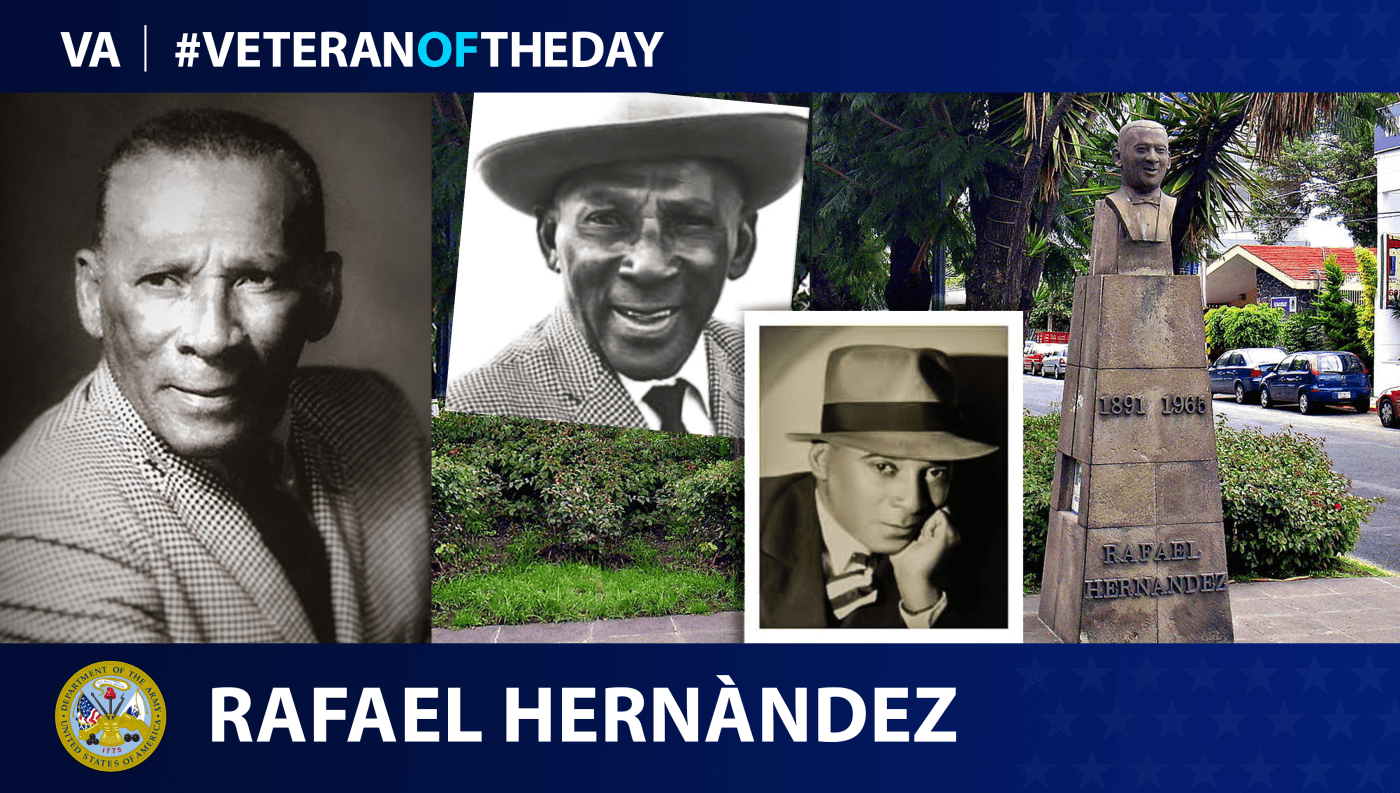 Rafael Hernandez Marin was born in October 1892 in Aguadilla, Puerto Rico, to a poor family. He pursued music from a young age, studying under municipal bands in Puerto Rico and learning to play the violin, piano, cornet and other instruments. He joined various music groups, playing for the San Juan band, a dance orchestra, and a band named the Japanese Circus.

Hernandez joined the Army in 1917, advancing his musical career while playing in a band while stationed at the 369th Regiment in Europe. A part of a segregated unit, the band was founded by James Europe, an Army Veteran and the founder of a large orchestra group after being recruited along with 17 fellow Puerto Ricans, including his brother, Jesús. His band performed in France that same year, introducing jazz to the European continent and earning the nickname “Harlem Hellfighters.” During his service in World War I, Hernandez and his unit were awarded the French Croix de Guerre by the French President.

After his service, Hernandez continued his work in music across different places, namely the U.S., Mexico and Puerto Rico. In New York, he joined the Lucky Roberts Band, organized his own groups—the Trio Borinquen and Conjunto Victoria—and even opened a music store with his sister Victoria. With Trio Borinquen, he traveled to Puerto Rico and the Dominican Republic for performances. He then moved to Mexico, where he produced films as well as some of his most notable works, including “El Cumbanchero” and “Preciosa,” and enrolled in the Mexico National Music Conservatory to advance his knowledge of music. While living there, he also visited New York several times, recording a number of songs with a group he had formed called “Grupo Hernandez.” He returned to Puerto Rico in 1947, where he was appointed as the music consultant for the island’s radio station.

While in Mexico, Hernandez married Maria Perez and became a father of four children. He died in December 1965 following a battle with cancer. After his death, multiple public buildings were named in his honor, including the airport in Aguadilla, Puerto Rico, and a few public schools in New York and New Jersey. We honor his service.