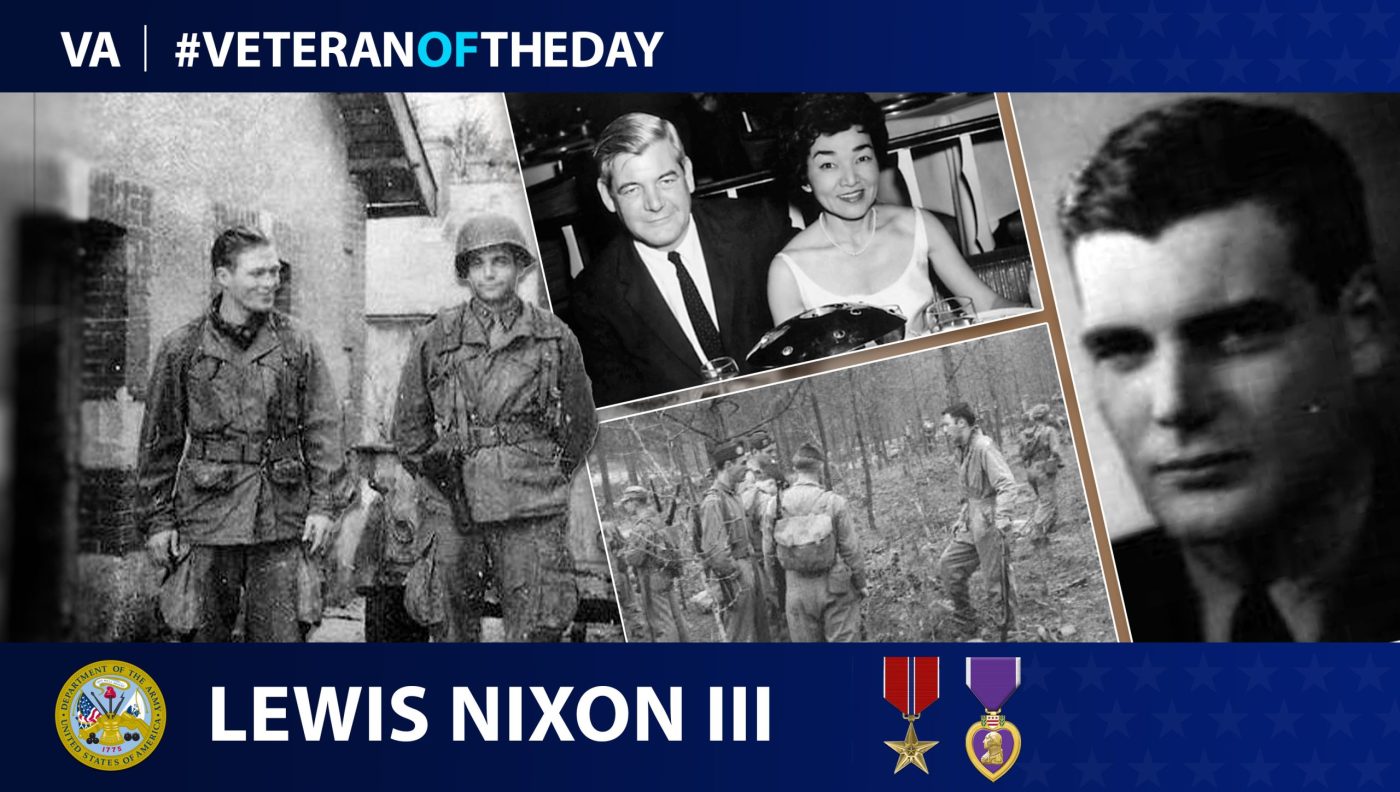 Lewis Nixon III enlisted in the Army in January 1941 and attended Officer Candidate School at Fort Benning, Georgia. While there, he met Richard Winters, who became a lifelong friend.

After Nixon was commissioned as a second lieutenant, he was assigned to the Easy Company of the 506th Parachute Infantry Regiment. He attended regimental unit training and pre-airborne training at Camp Toccoa, Georgia, and Airborne School at Fort Benning. When the U.S. declared war on Germany in December 1941, Nixon became the 2nd Battalion’s intelligence officer.

In June 1943, the 506th was attached to the 101st Airborne Division. They deployed to England in September of that same year. The soldiers were stationed in Wiltshire and practiced preparation exercises for the planned invasion of Europe. During the early hours of June 6, 1944, Nixon participated in the initial jump into occupied France as part of Operation Overlord. Later that month, he was promoted to an intelligence officer for the 506th Regiment. Nixon also fought in several crucial battles as a paratrooper, including the attempted invasion of Holland in September 1944 and the Battle of the Bulge in December 1944.

After he was injured in Holland, Nixon began drinking heavily and was demoted to his previous post as 2nd Battalion intelligence officer. However, he continued to take part in paratrooper missions as the Allies advanced across Europe. In the spring of 1945, he was chosen to be an observer with Major General William Miley’s 17th Airborne Division during Operation Varsity, the airborne crossing of the Rhine river. When the war in Europe ended in May 1945, he returned to the United States and was honorably discharged as a captain.

“[Nixon] never showed fear,” Richard Winters later recalled in his memoir. “And during the toughest times he could always think clearly and quickly. Very few men can remain poised under an artillery concentration. Nixon was one of those officers. He always trusted me, from the time we met at Officer Candidate School.”

For his service, Nixon received a Purple Heart, a Bronze Star, the Presidential Unit Citation and the French Croix de Guerre. He is also one of the few men of the time in the 101st Airborne Division to earn a Parachute Badge with three combat jump stars.

After the war, Nixon worked for his family’s company, Nixon Nitration Works, in Edison, New Jersey. He eventually became a personnel manager with the company. In 1956, he married Grace Umezawa. With her help, he was able to overcome his alcoholism. After his retirement, they enjoyed spending time with their nieces and nephews and traveling together. In 1992, his experiences were chronicled in the book “Band of Brothers” by Stephen Ambrose, which was later made into an HBO mini-series in 2001. In the series, Nixon was portrayed by the actor Ron Livingston.

Nixon died in January 1995 at the age of 76. He was buried at the Forest Lawn Memorial Park in Los Angeles.