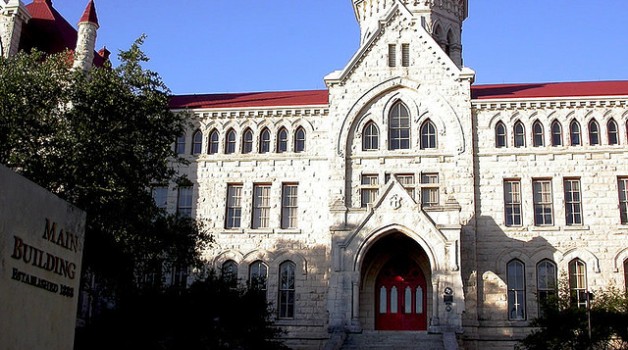 If you’ve been following the news recently, you’ve heard about changes in legislation to the Post-9/11 GI Bill.  Recent reports have done well to describe the changes, but we’d like to break down the differences you can expect for the upcoming fall semester to give you ample time to plan ahead.  If you’re completely new to the GI Bill and want to attend school, first identify what program is best for you.

The following information will apply to two kinds of students: those who will be going to school for the first time in fall 2011, and those who have been in the program and need information about the changes.  First up, the most talked about changes.

One of the biggest differences—and one Veterans have been most critical of—is the elimination of break pay between the fall and spring semesters.  It was eliminated to help pay for students to use benefits who were otherwise not entitled, like National Guard members activated under Title 32 and non-degree seeking students interested in flight school or correspondence classes.

This is tough for many people to swallow since the break pay eased the burden to pay rent between semesters.  But I think for a lot of people, it’s a blessing in the long run.  Contrary to popular belief, the break pay is an added bonus.  Presently, it’s deducted from your total allotment of 36 months of benefits.  So for example, currently, if the break is a month, then you receive a normal housing allowance payment but expend a month of your benefits.  If that happens four times during the course of an undergraduate degree, that equals a full semester of benefits exhausted, with no tuition coverage.  But, beginning next semester, that will no longer  happen.

I’ll use myself as an example.  In between the fall and spring of 2009-2010, my break pay was $1,153 since I was enrolled full time, which would amount to a total of $4,612 break pay for a four year undergraduate degree (the amount of semester breaks will vary from student to student).  The cost of just one semester of study at the school I planned on attending was $14,150.  If I were to run out of benefits before securing a degree, I would be liable for $14,150 each semester remaining, instead of being out $4,612 but receiving full tuition and housing for the semester.  That’s why it might sting in the short run but could potentially help down the road when you don’t have to take out loans to cover any remaining classes to graduate.  Beginning a budget now will help minimize the burden for those short periods in between semesters.

Another important change is the national cap of private and foreign schools set at $17,500 a year.  That might be alarming to those attending private school now, but the Yellow Ribbon Program is still in effect and will be available for the fall semester.  Since the changes just happened, many schools have not formalized how the changes will affect their programs in terms of the amount of Yellow Ribbon students and other factors.  Check with your VA or financial aid official on campus to see if the new rules impact your ability to attend cost-free.

If you pursue less than full time in a semester, your housing allowance will be prorated accordingly.  For example, if full housing allowance is $1000 and you go three quarters time, you get 3/4 of the full time amount, rounded to the nearest tenth (in this case, $800 a month).  This eliminates the previous rule that allowed GI Bill users to receive full payments by taking only one credit more than half time.

So the big and controversial changes are covered.  How about the other aspects which help out a large, previously unrepresented population?

There are more added benefits that we’ll discuss later, but these changes have the most impact and will take effect this fall.  Visit the Post-9/11 GI Bill page for more information.

So let us know what you think.  Will the changes help or cause you to rethink your education plans?