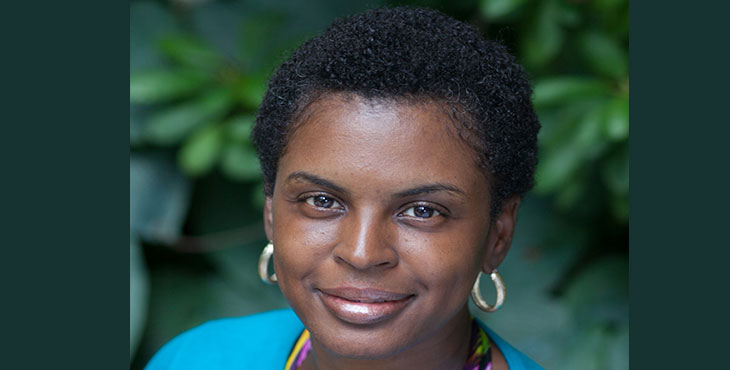 In Part I of Shawanda’s story, we learned about the beginnings of her career and her first exposure to VA’s ICARE core values. Today, we’ll learn how Shawanda incorporated these ICARE values into her own leadership style as she performed her duties as a nurse recruiter.

While Shawanda worked at the intensive care unit at the Southeast Louisiana Veterans Health Care System (SLVCS), she was always seeking ways to be part of committees, task forces and work groups within VA. “I was a young nurse really eager to learn and so wherever I could make my mark I did so.”

Eventually, the human resource office at SLVCS issued a vacancy announcement for a nurse recruiter position. The same supervisor who encouraged Shawanda to apply for the ICU position strongly encouraged Shawanda to apply—she knew she would be perfect for the job. “She told me, ‘You’re eager, you like to talk, you like to socialize and you definitely show that you care and always try to help,’” said Shawanda.

Shawanda captured the moment and began to prepare her application package.

She prepared and practiced answering interview questions at home with her husband. “I really studied for the interview just like it was an exam,” said Shawanda.

It was through this preparation that she positioned herself ahead of the other applicants, 10 other qualified nurses, some with prior experience as nurse recruiters.

Shawanda realized that to be able to sell VA to qualified nursing candidates, she would have to be well versed in the basics of the VA business. Meeting with the public affairs officer and several key hospital administrators, Shawanda quickly developed a strong knowledge base about the founding of the hospital as well as the various levels of care and services VA provides.

“When I had my interview I was able to articulate what my goals were and what I was going to do in the first 90 days. I truly believed I could make a difference in the job.”

The selection board chose Shawanda for the position as nurse recruiter in July 2002.

And even though VA New Orleans had a nurse recruiter in the past, a new alignment of the position under human resources (rather than under the nursing department), allowed Shawanda to create a recruitment program from the ground up.

“We had a delay in hiring at VA in New Orleans because there were so many people involved in managing the process,” said Shawanda. “I was successful in the role because I was able to manage from recruitment to hire.”

From the initial engagement to completing the applications, to verifying licensure, confirming references and preparing board folders, Shawanda made sure the candidate’s recruitment experience was a positive one.

“We did a lot of things that traditionally would not be seen at a VA facility,” says Shawanda.

For instance, if a candidate showed promise, Shawanda would pick up the phone and call the hiring manager and ask if she could bring that person by for an informal interview.

In streamlining the process, she was rising to the original challenge from her manager to be part of the solution, rather than to walk away from the problem. Her dedication to improving a fractured process meant that top nurses were hired more quickly.

“Those bright candidates—those stars—I would get them in immediately,” she says.

As an advocate for the nurses she recruited, she was contributing to the overall improvement of care at VA, and strengthened her commitment to providing the best care for our Nation’s Veterans.

The next installment in Shawanda’s profile includes how she discovered another opportunity to assist in the building of a health care recruitment program. But this time, it would be at the national level.